Amid near-zero progress between Tehran and the European signatories to the 2015 Iran nuclear agreement, President Hassan Rouhani is sounding the alarm that reinstatement of uranium enrichment at pre-deal levels is only a few days away. 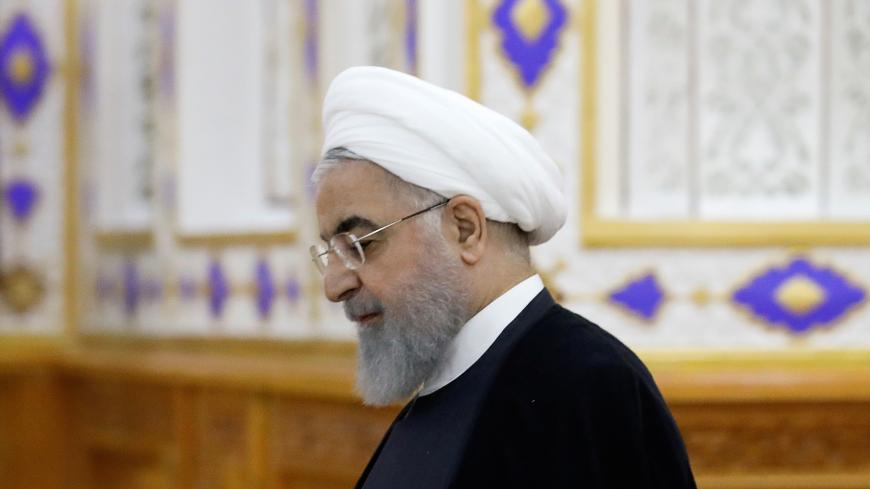 Signs of increasing frustration with the European signatories to the Joint Comprehensive Plan of Action (JCPOA) appeared in yet another speech by Hassan Rouhani, who has been capitalizing on the accord as the milestone achievement of his two successive terms in office.

"As of July 7," Rouhani warned Europeans, "Iran's enrichment will no longer stand at the 3.67% level and the commitment will be put aside." Addressing a Cabinet meeting in Tehran, the Iranian president did not specify the precise rate but said it could be "any" depending on Iran's needs. As required by the 2015 landmark pact, Iran has abandoned the pre-deal 20% enrichment level, capping it at 3.67%.

The date Rouhani referred to is when Iran's deadline to the remaining European sides of the JCPOA will expire. The Islamic Republic has demanded that Germany, France and the United Kingdom honor their commitments by providing Iran with the economic benefits promised in the agreement or see how it scales back obligations in a phased process.

Rouhani also declared that the contentious Arak nuclear facility will be restored to the pre-deal status, "which they claimed to be dangerous. … [It is where] Iran could produce plutonium unless they comply with all their obligations." Those measures, the Iranian president asserted, were all meant to salvage rather than kill the deal.

He thus tried to express flexibility by leaving room for compromise in case there is any last-minute light at the end of the tunnel. Rouhani said, "Iran's measures are all reversible in the immediate term. We will return to the JCPOA any moment they do." As for the surplus of uranium beyond amounts allowed by the deal, Rouhani proposed that Iran could export the product to destinations such as Russia.

Iranian officials have time and again expressed disappointment at the European signatories' response to US sanctions. Even their Instrument in Support of Trade Exchanges (INSTEX) unveiled last week as a workaround to unlock Iran's international trade has won little applause. Rouhani downplayed INSTEX as just a "symbolic" gesture and an "empty" mechanism, which "does not serve a purpose" unless it is employed in funneling payments made for European purchases of Iranian oil.

In its "maximum pressure" campaign against the Islamic Republic, the United States has particularly targeted Iran's economic lifeline — the oil sector — with the ultimate goal of draining its crude income to zero. In so doing, Washington has been scaring oil buyers away from Iran with hard-hitting penalties.

Nevertheless, according to its oil minister, Iran is already exhausting all channels and "working day in and day out" to bust those sanctions, which he acknowledged were biting. Following an OPEC meeting in Vienna, Bijan Zangeneh highlighted the role of "resistance" — a recurrent term in the Iranian leadership's official narrative that refers to strategies aimed at mitigating the US economic pressure.

It might be hard to tell where the oil minister's pursuit for fresh solutions to bypass US sanctions exactly ends. But Iranian officials seem to be relying on the circumvention experience they have accumulated over decades under Western pressure. "We have a Ph.D. in that area," the country's top diplomat Mohammad Javad Zarif once proudly declared.