After 'year of patience' Iran suspends some nuclear commitments 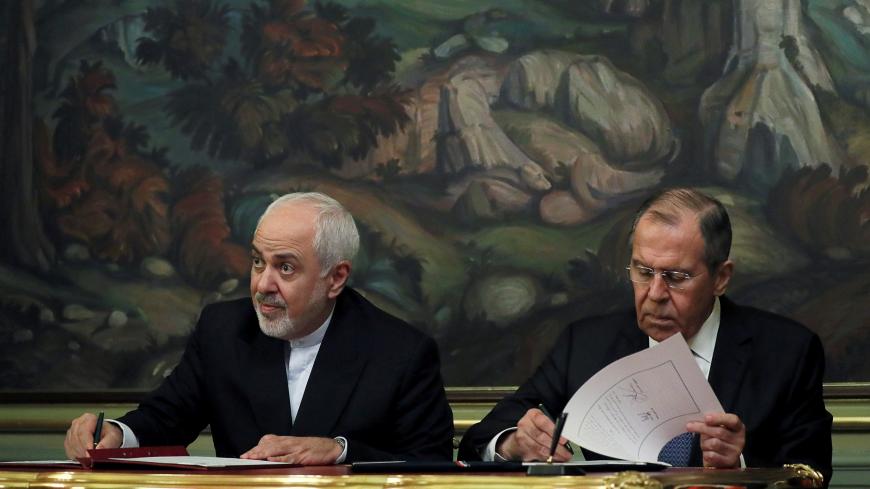 During a televised address at a cabinet meeting, President Hassan Rouhani announced today that Iran will suspend two commitments it had voluntarily pledged under the Joint Comprehensive Plan of Action (JCPOA). The decision was made on the anniversary of the US administration's pullout from the deal, which saw multiple economic sanctions reimposed on the Islamic Republic.

With the new measures implemented, Iran will no longer adhere to arrangements related to its stock of low-enriched uranium, for which it had observed a 300-kilogram limit and exported overages. The same applies to Iran’s stockpile of heavy water, which was previously sent to Oman for storage whenever it went above 130 tons.

Rouhani's announcement, ratified by Iran's Supreme National Security Council, gives the European signatories to the nuclear deal a 60-day ultimatum to take practical steps toward easing reinstated US sanctions, particularly in the banking and oil sectors. More Iranian measures have already been outlined if Europe continues to fail to provide it the economic dividends promised by the accord, including the resumption of uranium enrichment above the current level of 3.67% and domestic development of the Arak heavy water reactor, whose calandria was destroyed as part of the JCPOA.

The details of the new steps have already been formally conveyed to the other deal signatories, namely the European Union, Russia, China, the United Kingdom, France and Germany. “After a year of patience, Iran stops measures that US has made impossible to continue," Foreign Minister Mohammad Javad Zarif tweeted, insisting that what Iran is doing is no breach of the deal.

The chief Iranian diplomat posted the tweet while in Moscow as part of a broad diplomatic mission to confer on a series of issues from cooperation with Russia in the region to the future of the JCPOA. He seemed to have won the anticipated support from a key partner. "Russia expects the … European signatories to fulfill their obligations under the pact," Russian Foreign Minister Sergey Lavrov told reporters in Moscow. He echoed Zarif's earlier tweet, noting, "The situation around the nuclear deal was making it hard for Tehran to fulfill its obligations." Zarif and Lavrov appeared to refer to the US administration’s revocation of sanctions waivers for nuclear cooperation with Iran that would have forced the Islamic Republic to halt enrichment and heavy water production or find itself in breach of the respective limits.

Across the political spectrum in Iran, both Reformists and conservatives hailed the government's decision. "It was a belated step," read an editorial by hard-line Mashregh News Agency, "but one in the right direction as it will curb the US pressure and will activate Europeans' will to resolve banking issues."

Still, some hard-liners argued that the decision was too late to be of any impact. Jahan Sanat, an economic paper that routinely publishes pieces against the Rouhani administration, called the JCPOA "one agreement with seven losers" as it printed a picture of a heart rate monitor in a surgical theater where the JCPOA was taking its last breaths.

Kayhan, known for its anti-Western editorial line, lamented "one year of loss" for Iran after it continued to stay in an already "dead agreement." The paper once again put Rouhani under fire for emboldening the United States and Europe by "implementing the JCPOA at any price" and putting "unilateral trust" in Europe even after the deal was "shot by Washington at close range."

The head of the Iranian parliament's national security and foreign policy commission tweeted that the fresh Iran-US escalation will end in talks rather than in conflict. Later, Heshmatollah Falahatpisheh told reporters that lawmakers were reviewing 15 new plans in response to Washington's role in a wide range of problems including "the creation of [the Islamic State], bioterrorism and impeding Red Cross aid deliveries to Iran."

With US pressure reaching new highs, the Islamic Republic seems poised for fresh reciprocal strategies to "counter hostile moves." But in his address announcing the JCPOA-related decision, Rouhani stressed that the move was just another sign that Tehran once again "chose diplomacy over war."

by Murielle KASPRZAK and Joseph SCHMID | AFP | May 26, 2022
END_OF_DOCUMENT_TOKEN_TO_BE_REPLACED