A day after announcing that its stockpile of low-enriched uranium will soon surpass limits under the nuclear deal — earning praise from across a divided domestic political spectrum — Iran says it is not seeking military confrontation with any nation. 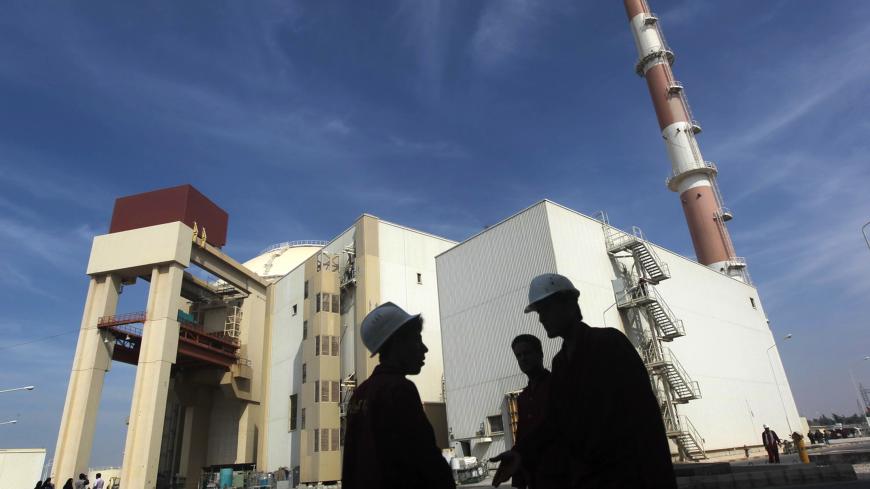 Iranian President Hassan Rouhani told France's new Iranian Ambassador Philippe Thiebaud June 17 in Tehran that time was quickly running out for the remaining signatories to the Joint Comprehensive Plan of Action (JCPOA) to "play their historic role in salvaging the deal." Rouhani warned that the pact's collapse would not serve the interests of any side involved the agreement.

A few hours later, Iran's Atomic Energy Organization announced that the Islamic Republic's stockpile of low-enriched uranium will by June 27 have passed 300 kilograms, breaching the limit it has been fully observing under the JCPOA. The step was taken as part of a larger plan revealed in May after Tehran said its "strategic patience" with the Europeans had run out and it needed them to provide it with promised economic dividends by a 60-day deadline.

The announcement on the stockpile of low-enriched uranium was seen as a "countdown" by pro-Reform daily Arman, which has been publishing profusely in support of the JCPOA. Despite their fundamental differences over the deal, Iran's diverse political camps currently share increasing frustration with Europe's perceived inaction in protecting the deal.

Under the ultimatum Iran issued to Europeans, the latter now has less than three weeks to "compensate" for its inadequacies; otherwise, more will be in the pipeline, including the production of 20% enriched uranium. If implemented, the plan will effectively set off an Iranian departure from the JCPOA, which the country's hard-liners have persistently pushed for. Representing that camp, the conservative daily Javan hailed the latest measure as a "nuclear shock" dealt to the Europeans. From a similar perspective, Jahan Sanat saw Iran "inch closer to withdrawing from the deal."

Even Ebtekar, which largely reflects the views of the pro-engagement elites, referred to the move as "a run-up" toward the "second phase." That's when Iran is expected to augment its production of heavy water at a plant near the Arak nuclear facility beyond the 130-ton threshold if the Europeans ignore the deadline.

In another development on June 18, Iran's Energy Minister Reza Ardakanian announced "successful progress" made by Russian contractors at the Bushehr atomic power plant.

Iran's nuclear measures come at a time of fiery rhetoric as well as military arrangements by the United States in the Persian Gulf, fueling worries about a looming armed conflict in the already troubled region. In his latest reaction to the heightened tensions, Rouhani reaffirmed that Tehran was "not seeking military confrontation with any nation." He noted, however, that Iranians "will be the ultimate winners" against outside enemies, whom he described as "a group of politicians with poor experience."