Residents of northern Sinai continue to be forcefully evicted from their homes under the pretext of securing the area, while President Abdel Fattah al-Sisi is widening the powers of the army. 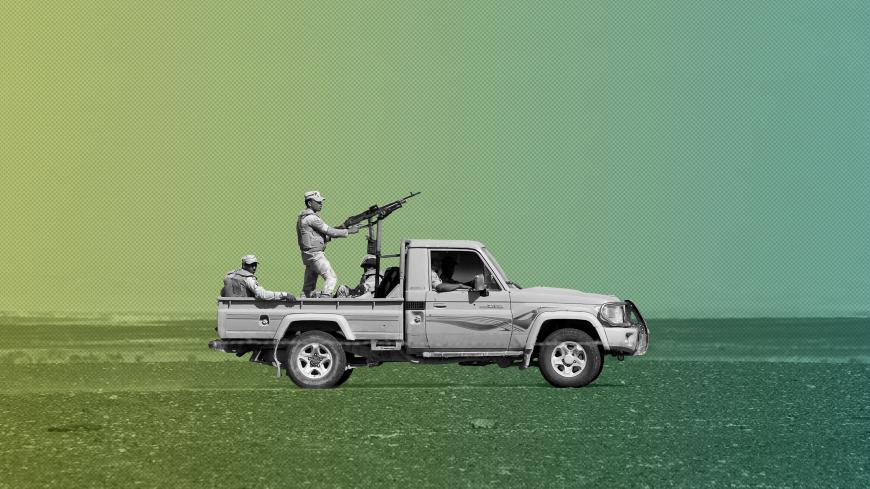 Residents of el-Arish, the capital of northern Sinai governorate, have been exposed to ongoing attempts by the Egyptian authorities to expel them from their areas, where clashes and armed conflicts have been taking place between the Egyptian army and the Islamic State.

A number of residents told Al-Monitor on condition of anonymity that security and army forces evacuate buildings and residential areas, as residents are told that they can return home in due course. However, the buildings and homes are destroyed.

The sources added that the local authorities are yet to live up to the promise that residents can return; only some have been provided with a place to sleep in mosques or churches in nearby areas.

While the evacuation takes place on the outskirts of el-Arish, the residents said that the state is giving the armed forces extensive authority over the control of land in the northern Sinai Peninsula.

On July 15, President Abdel Fattah al-Sisi issued a decree stating that the Port of el-Arish, all its buildings, facilities and surrounding land plots shall be deemed to be of public utility, transferring control to the armed forces.

According to the decree, the Ministry of Defense shall assume the duties of securing the port area, while the General Authority for the Suez Canal Economic Zone is to finance and implement the development, management and operation of the el-Arish port itself.

Al-Monitor obtained a map showing the 371-acre area covered by the decree, which consists of a residential area surrounding the port. The decree grants the army the right to decide on the annexation of any additional lands.

“Over the past period, soldiers — some in civilian clothing — were distributing leaflets to residents about the army’s attempts to ensure citizen safety by moving them to safer areas,” an el-Arish resident told Al-Monitor.

This is not the first time that the armed forces have evicted residents and destroyed homes. In November 2017, the Rafah city council, north of el-Arish, evacuated over 1,500 square meters (0.4 acres) of land.

The head of the Rafah city council, Khaled Kamal, said in a statement at the time that a committee had been established by the city council to study ways to compensate the residents who were evacuated from their homes and lands. The displaced residents have yet to receive the promised housing and compensation, however, with some moving to Cairo instead.

In May 2018, Human Rights Watch (HRW) condemned the army’s “widespread destruction of homes in North Sinai.”

The HRW statement read, “The destruction, much of which is likely unlawful, has extended well beyond two government-designated security buffer zones in the cities of al-Arish and Rafah. The army also demolished several homes in al-Arish, in what appears to have been retaliation against terrorism suspects, political dissidents, and their relatives.”

Sarah Leah Whitson, Middle East director at HRW, noted in the same statement, “Turning people’s homes into rubble is part of the same self-defeating security plan that has restricted food and movement to inflict pain on Sinai residents. The Egyptian army claims it is protecting people from militants, but it’s absurd to think that destroying homes and displacing lifelong residents would make them safer.”

Article 63 of the Egyptian Constitution criminalizes the forced displacement of citizens: “All forms of arbitrary forced migration of citizens are forbidden. Violations of such are a crime without a statute of limitations.”

A landlord in el-Arish told Al-Monitor on condition of anonymity about the way the security forces used to evacuate and demolish houses, saying, “The forces are using a microphone to tell the residents to leave, and if they don't they forcibly enter homes and evacuate them.”

On June 22, four workers were killed and six others sustained injuries in an armed attack by extremists targeting the construction of security fortifications in an area close to the international airport and the Port of el-Arish. According to eyewitnesses, the gunmen opened fire on the workers and set on fire two cars while the other workers tried to escape.

A woman in her 30s who fled el-Arish to Cairo following the first wave of displacement in December 2016 told Al-Monitor on the condition of anonymity that army forces threatened to demolish their family's home if they did not hand over one of her brothers who was suspected of being involved in a terrorist attack.

“Since we did not hand over my wanted brother, the security forces stormed [our house] the next day and evicted us. They then confiscated everything that was in our home and destroyed it,” she said.

Al-Monitor tried to contact the spokesman of the armed forces, Col. Tamer Rifai, but to no avail.

A Bedouin youth from the village of Tarabin told Al-Monitor on the condition of anonymity that army bulldozers had entered the village, demolished several houses and forced residents to leave, claiming that the houses were built on “unregulated land.”

He said that the villagers had tried to prove ownership to the security authorities, but they refused to listen.

Prominent Sinai activist Eid al-Marezogy criticized Sisi’s “displacement and war crime decision” in a post on Facebook. He wrote, “This is the third decision of its kind, which is aimed at displacing the inhabitants of northern Sinai. This is similar to the decision of the buffer zone that stretches to a depth of 5 kilometers [3 miles] along the border with the Gaza Strip, resulting in the displacement of tens of thousands of residents of the cities of Rafah and Sheikh Zuweid and surrounding villages, where farms and homes were destroyed.”