Iran is showing a greater transparency about corruption, perhaps in part because of the problems caused by sanctions, but has a long way to defeat this scourge. 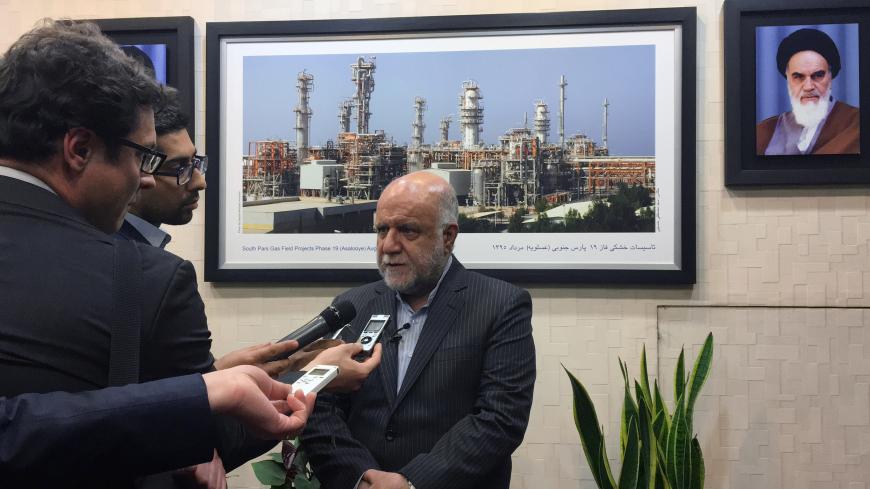 Iran’s anti-corruption campaign has gained a rare momentum. There is regular reporting about new arrests and court cases against corrupt entities, including former ministers and high-ranking officials.

Considering the country’s political culture and intense factional competition, many have suggested that the campaign is politically motivated and does not address the real sources of corruption. Another explanation could be that the economic impact of the current sanctions has compelled authorities to increase the overall efficiency of governance. No matter what reason we accept, what has emerged is a greater degree of transparency about the corrupt practices and a push to use technology (such as e-government) to contain illegal actions.

Oil Minister Bijan Namdar Zanganeh recently said that the focus of corruption in Iran is to take advantage of the country's oil wealth; hence, the focus of any anti-corruption campaign would have to be on the petroleum sector as well.

There are a number of established patterns of corruption in the petroleum sector that are also relatively known to Iranian authorities. Most of the academic research has focused on the concepts of a rentier state and how networks of power try to benefit from the rents at their disposal. However, the patterns of corruption have evolved due to the wide distribution of shady practices and illegitimate interests in different layers of authority. While in the past, select officials benefited from pocketing commissions on contracts, the new practices involve complex commercial and legal schemes and the direct involvement of the relatives and trustees of high-level officials themselves. There has also been a growing trend for parliamentarians to be involved in shady dealings,  particularly involving interests in the petroleum sector. Such practices are also facilitated through external sanctions as well as subsidized fuel prices. This is why the Oil Ministry has set up a working committee to identify the platforms and bottlenecks that lead to corruption within the sector. The most visible corruption case that has occupied the country’s judiciary and political establishment in recent years is that of Babak Zanjani. An analysis of this case shows how an unholy alliance of a dysfunctional political structure, a culture of ambiguity, tendencies toward corruption and external sanctions can rob an economy of billions of dollars of its resources.

While the Zanjani case focused on the circumvention of sanctions, Zaganed said during a recent meeting of the working committee that the highest level of corruption is to be found in the subsector of petroleum products. Heavily subsidized and also vastly decentralized in its production and distribution, the petroleum products subsector offers multiple platforms for corrupt practices, most importantly smuggling into neighboring countries. In the same meeting, the minister underlined that the core of the campaign against corruption should be the administrative and financial health of the managers and decision-makers in the government.

Officials with corrupt tendencies and an environment mired by external sanctions combine to offer the best platform for corrupt transactions. Such practices could include the unconventional export of crude and petroleum products, the transfer of oil export income back into the country and the importation of equipment — all to circumvent sanctions. Each of these tasks, which have to be approved by government officials, can be assigned to corrupt networks, leading to immense costs to the Iranian economy. The concern about corrupt practices was also the main reason why Zanganeh was originally very hesitant to allow the sale of crude oil on the Iranian Energy Exchange.

Another major platform for corrupt dealings has been the privatization process in the petroleum industry. Past examples have indicated that government companies are intentionally undervalued and then transferred to their new owners, generating a corrupt upside for the officials involved. A January report by the State Audit Organization pointed to many irregularities in the privatization processes of state companies, including a number of entities sold by the Oil Ministry.

One highly controversial public example was the embezzlement by officials and their contacts in the case of a missing oil rig where a state company paid for the procurement of an offshore rig without ever receiving the purchased item. A closer look at that case shows that state officials have become fully entangled in the shady commercial schemes around such transactions. A more recent case related to the embezzlement of 6 billion euros ($6.7 billion) in the petrochemical sector has also been subject to public court hearings.

Experts have no doubt that dozens of such schemes have taken place within the country’s petroleum sector, where cover-ups by authorities have taken place in an effort to protect the regime’s overall legitimacy. To underline this, it should be noted that a bill to introduce full transparency into the transactions in the petroleum sector has not made any significant progress in the parliament for years. Legislators have said that without that law, it would be impossible to investigate the affairs and potential corruption in the Oil Ministry and its affiliated companies. While there have been many initiatives to investigate the dealings of the National Iranian Oil Refining and Distribution Company, such processes have been interrupted by corrupt networks that would otherwise be exposed in the process. Petroleum sector officials have repeatedly talked about identifying the “sources of corruption,” but very few of these sources are ever fully disclosed or exposed to the public.

There is no doubt that the main remedy to fight corruption is full financial transparency in the sector. It appears that under the current sanctions, the government will be hesitant to disclose its actual revenues from its exports; however, the process could be started by injecting a higher degree of transparency into internal processes, such as oil and gas allocated to domestic refineries, petrochemical complexes and power plants, etc. Furthermore, the ministry can utilize modern technologies to supervise the allocations of subsidized fuel in order to clamp down on the main culprits of fuel smuggling across the country. Of high priority would also be an increased and transparent flow of information about the various tenders and contracts in the sector. In addition, the sector will require a more systematic supervision and accountability among its top decision-makers. The more the government injects clarity into internal affairs and transactions, the more it will be prepared for accountability in the distribution of resources once sanctions pressure is lifted.

For now, a momentum can be felt, but it will be a long process. Though experts such as Mohammad Reza Moghaddam, a retired high level Oil Ministry official, say they believe Zanganeh has been successful in pushing back against corrupt networks, there is a lot more to do. The fight against corruption has multiple dimensions — political, operational, cultural, administrative and financial. Focusing on the administrative aspect — which seems to be Zanganeh’s approach — will only solve a small fraction of the core problem, which will require political and legal reforms.