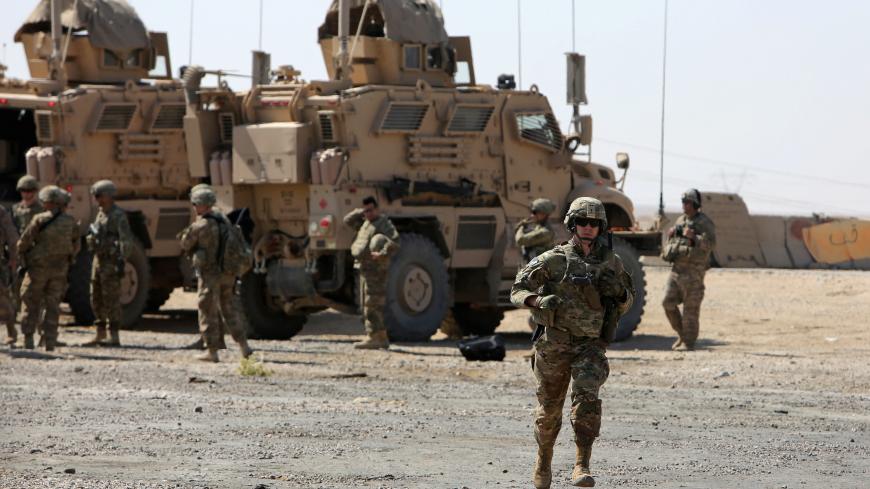 A US soldier runs at a coalition forces forward base near West Mosul, Iraq, June 21, 2017. - REUTERS/Marius Bosch

Defense officials said Wednesday that the Pentagon plans to send 500 more troops to the Middle East in an effort to ease tensions with Iran, CNN reported.

Why it matters:  The move, which will place American units in Saudi Arabia, where their presence could be controversial, is the latest effort to ease rising tensions in the Gulf that have escalated over the past two months as Iran has sought to push back against US sanctions. The Pentagon has already placed 2,000 additional troops in the region, sent F-22 fighters and B-52 bombers and extended the deployment of Patriot missile batteries in the region.

Recent escalation:  Meanwhile, Iran has claimed that it has seized a foreign tanker in the Gulf it says was carrying one million liters of smuggled fuel. But a senior Trump administration official told a Wall Street Journal reporter on Thursday there was no evidence to suggest Iran had taken over the boat. "We have no evidence at this time to suggest Iran’s claims are true,” the official said. “The US will continue to work with our allies and partners to safeguard global commerce and support freedom of navigation."

What’s next:  The Donald Trump administration is set to do an initial rollout for a 20-nation maritime coalition aimed at cracking down on Iran’s military activity in the Gulf on Friday. The program will provide “escorts and sentries” to commercial vessels in the region and conduct surveillance to reveal Iran’s hand in alleged attacks.

Know more:  Al-Monitor’s Pentagon Correspondent Jack Detsch looked into the efforts of the Department of Defense to put together the maritime grouping earlier this week, as Trump’s pick for US defense secretary said in his confirmation hearing that allied maritime forces were having an impact in deterring Iran.