Turkey's government is preparing to offer new incentives to the US administration to secure its lasting support against economic sanctions. 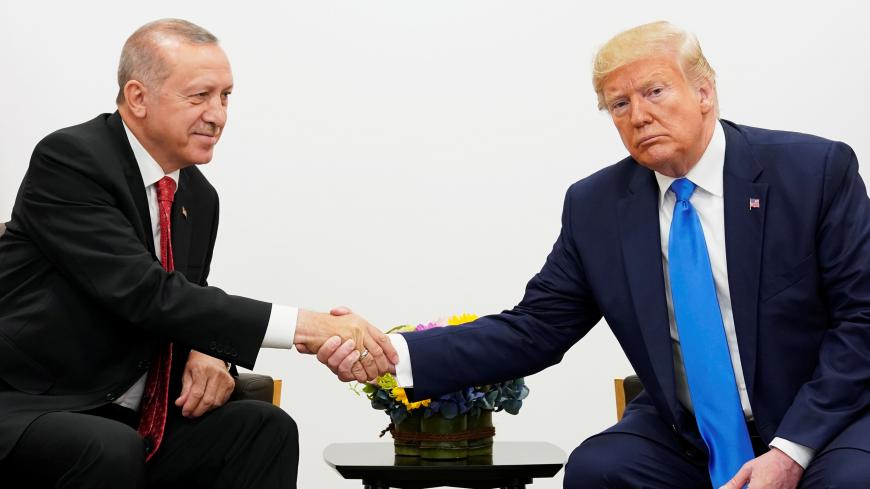 President Donald Trump has proved to be a trustworthy partner for Ankara by preventing the implementation of sanctions against Turkey over its purchase of the Russian-made advance missile defense system even after 45 Republican senators urged him during an unusual meeting on July 24 to follow the law and act accordingly.

According to Ankara, Trump has won the first round of a long debate between him and the Congress and security bureaucracy. It now appears that the original US red line on Turkey’s S-400 acquisition has shifted from delivery of the systems to their activation. The United States now wants Turkey not to make the system it purchased from Moscow "operational," Secretary of State Mike Pompeo said July 25.

Many people in Turkey are now trying to understand what Pompeo meant by not “activating” the S-400s. Did he mean not unpacking the system and installing, or not activating its radars and missile systems? More importantly, is Trump on the same page with Pompeo?

One thing is for sure: The timeline for possible sanctions now extends to April 2020, when the S-400s are set to be fully activated. No sanctions are apparently likely until then.

Senior Republican Sen. Lindsey Graham tweeted that the United States and Turkey "must find a way to avoid the damage to the relationship that comes from Turkey activating" the missile system. "When it comes to Turkey, we are looking for a Win-Win, not a Lose-Lose," Graham wrote.

The tweets were received gleefully in Ankara as a sign that the Senate can shift from sticks to carrots during a crisis.

Ankara appears to be delighted with Trump’s spirited defense during his July 24 meeting with Republican lawmakers. Ankara's tactic of betting on Trump has seemed to work out so far. However, is Ankara’s reliance on Trump over sanctions sustainable? This is the question everyone is asking in Ankara.

Opinions are divided on this matter. The first camp including Erdogan and his cohorts believe that as long as Ankara confines the crisis to economic dimensions and treat it as an economic give and take between two equal partners, Trump’s support will continue indefinitely.

Ankara thinks it has learned how to manage relations with Trump. Erdogan reaffirmed his earlier stance and insisted the S-400s will be fully operational by April 2020.

But curiously, Erdogan also said that Ankara may have to reevaluate its existing orders for Boeing airplanes worth $10 billion. "I've told Trump in Osaka even if Turkey is not buying the Patriot missile system, we are buying Boeing," he said.

"Are you not giving us the F-35s? Okay, then excuse us but we will once again have to take measures on that matter as well and we will turn elsewhere. Even if we’re not getting F-35s, we are buying 100 advanced Boeing aircraft,” he said. “The agreement is signed. At the moment, one of the Boeing planes has arrived and we are making the payments. We are good customers. But if things continue like this, we will have to reconsider this.”

Turkish Airlines, 49% of which is owned by the state, announced in March 2018 that it will buy 25 of Boeing's 787-9 jets, which are scheduled for delivery by 2023. The company had also announced a decision to purchase 75 of the 737 MAX jets in 2013, with five of them delivered this year and the remainder to be received by the end of 2023. The whole contract with Boeing is worth $10 billion.

Ankara, in short, is aiming to ease the F-35 and S-400 tension through a "let’s talk business" approach. What more might Erdogan offer Trump to maintain his support?

We will have to see how the S-400 crisis that will surely last until 2020 and the strategic preferences of Erdogan and Trump will alter the characteristics of US-Turkey bilateral relations.