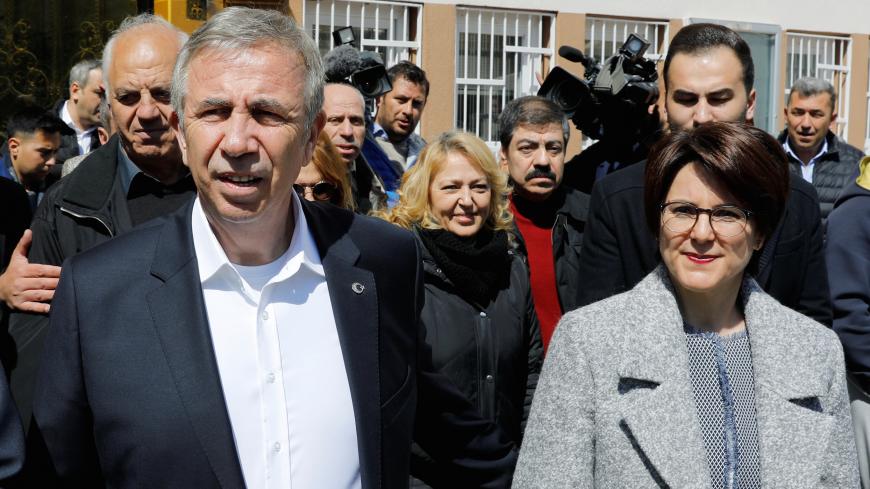 The Ankara municipality livestreamed a public tender for the purchase of steel pipes to be used in the city sewage system on June 24, and reports indicate that 160,00-300,000 people tuned in to watch the routine government function.

The broadcast was the first of its kind in Turkey and comes as part of a pledge for greater transparency from newly elected mayors with the nation’s main opposition party, the Republican People’s Party (CHP), which won a string of victories in recent municipal elections and the Istanbul election do-over.

“It is something very rare, not only in Turkey but also in the world, that people instead of watching movies or TV series are watching a steel pipe tender,” said Oya Ozarslan, chair of Transparency International in Turkey. She told Al-Monitor, “I think people realized they matter, that they have a voice in these processes.”

“Ordinary people on the street are asking, ‘What is the government doing with my taxes?’ and ‘How are they using the resources of the country?’” Ozarslan said. “This is a very good, very promising development.”

For years, municipal tenders were conducted behind closed doors and state funds were often directed to entities supporting President Recep Tayyip Erdogan and his Justice and Development Party (AKP). Yet as Turkey’s economy weakened and the cost of living rose sharply, voters grew less tolerant of longtime allegations of corruption and cronyism under AKP rule, particularly after they were brought into the spotlight during the electoral campaigns of Istanbul Mayor Ekrem Imamoglu and Ankara Mayor Mansur Yavas, among other opposition leaders.

“Citizens will see that the taxes paid to the municipality will not be squandered,” Yavas told Deustche Welle following the livestream.

The AKP has now lost control of Turkey’s largest cities for the first time in decades, and a renewed interest in government accountability has brought about a spike in civic engagement, with citizens watching internet broadcasts of not just tender allocations but also municipal board meetings. Through such broadcasts, CHP officials hope to deliver on promises of increased transparency and also fend off possible obstruction efforts on the part of AKP-majority governing bodies at the local and national levels.

AKP-dominated city councils “are likely to engage in obstructive measures in order to paralyze decision-making,” said Gonul Tol, director of the Center for Turkish Studies at the Middle East Institute. She told Al-Monitor, “It would make sense for the CHP to expose such attempts. People will therefore have a chance to see with their own eyes what would normally have been a closed session and decide who is to blame in case things don’t go as planned for the CHP.”

The developments come as the CHP inherits municipalities with considerable public debts following months of high inflation, slow economic growth and broad mismanagement. Since taking office, CHP officials have said they would conduct audits to identify problematic spending practices by previous AKP municipalities, prompting concerns of a possible backlash from Erdogan, who through consolidated powers under the new presidential system could pass decrees limiting municipal budgets and mayoral functions.

Nevertheless, the push for transparency has taken hold as public officials and citizens seek accountability for what they see as wasteful spending. In a report by Euronews, the Turkish state was found to have one of the largest inventories of state-owned vehicles in Europe with 115,000 cars, nearly double the number used by the French government. A large urban development project north of Ankara initiated by former AKP Mayor Melih Gokcek was also found to have deteriorating or barely used swimming pools, amphitheaters and commercial areas.

Reporting by investigative journalist Cigdem Toker has also chronicled a long list of controversial government expenditures that were directed toward foundations run by Erdogan’s family members or close associates. Among the largest recipients of government funding was the Turkish Youth Foundation, which is led by Erdogan’s son Bilal and received 74 million liras ($13 million) in 2018. The Turkey Youth and Education Service Foundation, which has Erdogan’s daughter Esra Albayrak on its board, received 51 million lira ($9 million).

“Absolute power corrupts absolutely and AKP has enjoyed absolute power for too long,” Tol told Al-Monitor. “The AKP has managed to maintain a clean image despite cronyism and corruption because it delivered social and economic services. But the economic downturn changed everything. Corruption became more visible. Turkey has historically suffered from corruption but the scale and scope of it was smaller in the 1990s because the economic pie was smaller.”

As officials in Ankara work to dismantle legacy institutions put in place by Gokcek, the former mayor, replacing the city’s airport shuttle company with a cheaper alternative, some observers say the resurgence of civic engagement might mark a turning point in Turkish politics. Berk Esen, an assistant professor for International Relations at Bilkent University in Ankara, noted demands for greater transparency show Turkish voters are no longer accepting the status quo.

“Finally, after decades of major corruption and mismanagement, we may be on the verge — at least in sizable, economically developed cities — of better local government because voters are more aware,” Esen told Al-Monitor. “They have the tools to hold their elected leaders accountable, with the internet and NGOs and civil society pressure and so on.”

Esen added, “That’s slightly optimistic at this point, but if this gains pace and this can continue for the next five years, I think it’s going to set in motion a transformation of Turkish politics at the local level, and that may have repercussions for national politics because, of course, if you can’t distribute resources in such a partisan way at the local level, it makes it more difficult for you to hold onto power at the national level through corruption.”