Life is no bowl of cherries in Idlib's groves 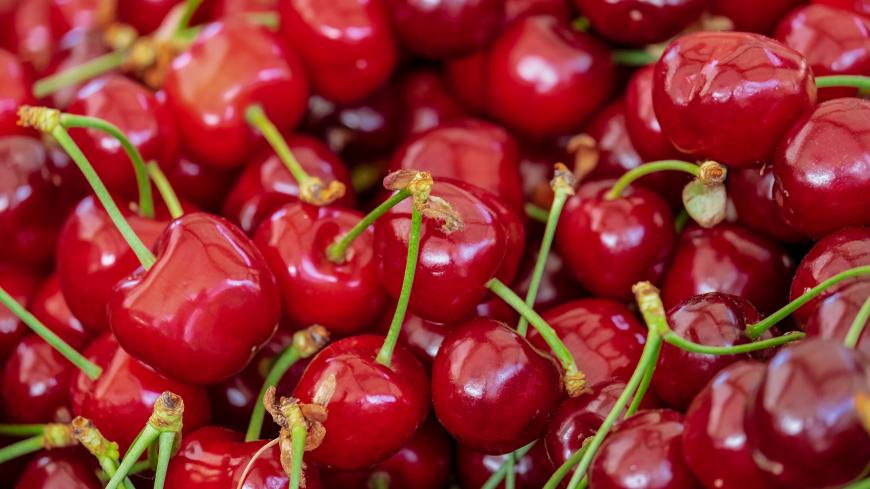 Jabal al-Zawiya and Harem are known for their cherries, but this year's harvest is falling prey not only to heaving shelling, but to climate change as well. - Pixabay

It's cherry-picking season in Jabal al-Zawiya, in the southern Idlib countryside, but grove owners can take no joy in it, because the area has been under heavy air and ground attack by Russian-backed Syrian government forces since early May.

Grove owners are not only being hit hard by the military strikes, which are reducing their ability to harvest their produce, but they also face marketing difficulties, with overripe cherries and prices in a nosedive.

Jabal al-Zawiya and Harem are known for their cherry groves across vast swathes where skilled farmers have cultivated the land for generations. The locals use sweet cherries in many of their meat dishes, such as cherry kebab, a sharp contrast to the rest of the region, where residents pair meat with sour cherries. They also use sweet cherries to make juices and jellies or mix them with sour cherries to make jam.

“Cherry-picking season is a joyful period of time, more of a rite, especially within my family,” Alia Hussein, a cherry orchard owner from the city of Ariha, in the southern Idlib countryside, told Al-Monitor. “During harvest time, we cook the favorite meals of every member of our family, mainly cherry meat, where we slowly cook lamb, seasoned with cumin and cinnamon, with ripe cherries. A part of the crop is for sale, and the other part is used to make cherry jam and juice.”

Hussein explained that cherry-picking season varies across Idlib governorate, depending on the soil and the local climate in the different areas. “In Idlib, we have both [sweet] cherries and sour cherries,” Hussein said. “We use sour cherries for the jam.”

Hamdi al-Sawah, a farmer, also owns a cherry grove in Jabal al-Zawiya. He told Al-Monitor, “We were very late this year in harvesting the cherry crop, which was supposed to be done in mid-June, but we couldn’t because of the aerial bombardment by the regime forces. We were finally able to pick cherries in early July. By then, they were very ripe with a dark red color. When they are this ripe, they get sold for less, almost half the price, on the market.”

Sawah further explained, “Most of the cherry grove owners in Jabal al-Zawiya left their homes and fled to the border towns in northern Idlib to shelter their families from the bombings, so the cherries were left on the trees for most of the season.”

Kamel al-Mustafa, from the village of Bazabur, in the Idlib countryside, told Al-Monitor, “We have been displaced from our village since May. My family couldn’t help me harvest the crop. My children are so afraid of the bombing.” Mustafa harvested as many cherries as he could by himself, which was only a few trees in the huge grove.

Ali Najjar, an agricultural engineer who works as an independent consultant to farmers, told Al-Monitor, “Cherry farmers face several obstacles hampering good production and marketing, which would [otherwise] cover their agricultural expenditures. The lack of fertilizers and water have adversely affected the cultivation of cherry trees in the past years in Jabal al-Zawiya and other areas in northern Syria.”

Najjar also explained, “Cherries need special attention and care, as they are not resilient. In previous years, farmers used to store cherries in refrigerated storage areas in governorates and large cities, such as Aleppo and Latakia. But [given the difficulties of transporting anything across Syria due to the fighting], they want to sell their product as fast as they can, even if it is at the cheapest prices. [What they make] does not even begin to cover expenditures for cultivating and care for the cherry trees.”

In addition to the war putting a strain on grove owners, they must also deal with another economic disrupter. A single tree normally yields between 20 and 25 kilos in a good year, but according to growers, climate change has contributed to the spread of pests and insects in recent years, which has contributed to the drop in production.