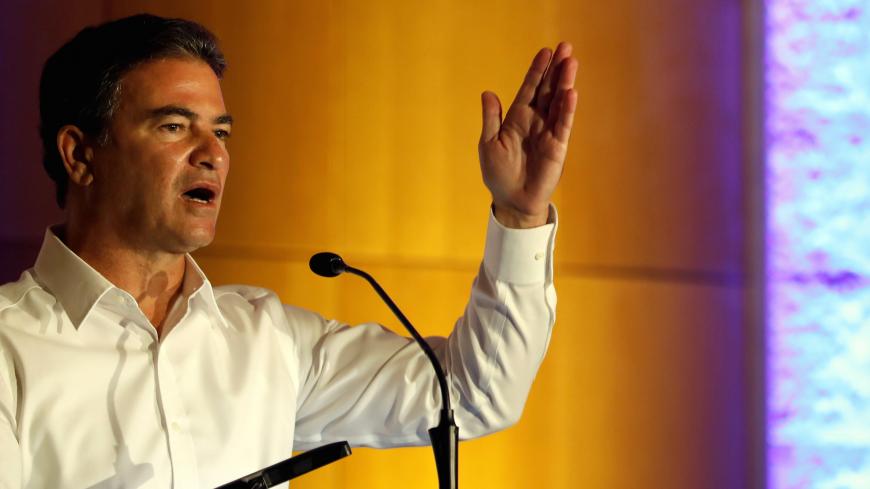 It seems that the recent events on the northern front — with its ongoing conflicts between Iran and its proxies vis a vis Israel backed up by the United States — were set up by an experienced Hollywood script writer. On the night between June 30 and July 1, an extended aerial assault was carried out; the integrated, extensive attack against Iranian/Hezbollah targets in Syria was attributed by the foreign press to the Israeli air force. At the same time, according to Western reports, American planes attacked terror targets in the Aleppo region. Apparently, this was a targeted strike on a meeting of the officers of one of the al-Qaeda branches. The two airstrikes were carried out in an area full of Russian S-400 missiles that were not activated. The Syrians announced that they launched a large number of (less sophisticated) anti-aircraft missiles, one of which fell and blew up in Turkish Cypriot territory. This might mean that the attacking aircraft came from the West, probably from Lebanon’s aerial space.

This is the first assault against Syrian targets since the trilateral summit meeting of US, Russian and Israeli national security advisers that took place in Jerusalem June 25. At the moment that this article is being written, no Russian reaction to this assault has been registered. This strengthens the theory that the Russians are playing a double game: They publicly condemn the continued Israeli airstrikes but privately don’t oppose them and perhaps may even encourage them behind closed doors.

On Monday morning, after the flames died down and the dust settled, head of the Israeli Mossad Yossi Cohen delivered a rare speech at the Herzliya annual conference. Most of his speech focused on the Iranian conundrum: the Iranian efforts to establish themselves in Syria, and the war that Israel announced against this very intention. Cohen’s timing — his eyes are on a political career after his term in the Mossad — was perfect: the morning after a massive aerial attack attributed to Israel by Syria. When he finished, the Syrians had their turn to address the assault: “Don’t be complacent,” said Syrian Deputy Foreign Minister Faisal al-Mekdad. “In the future, Syria may well change its response to this type of Israeli aggression.” In other words: The era of Syrian restraint in the face of Israeli air force actions on Syrian territory is coming to an end. But according to what we see on the ground, it is doubtful whether this will actually happen.

The aerial strike attributed to Israel (which did not take responsibility) was especially extensive: about 12 disparate targets were hit. According to some reports, Israeli navy ships also took part in the attack; it is likely that they also fired surface-to-surface missiles.

This action, as well as the graduated rise in self-confidence of the recovering Assad regime, recreates the two opposing vectors that are active in the region: the Israeli resolve to continue to harm, destroy, thwart and delay Iranian consolidation in Syria, and the Iranian efforts aimed at transferring sophisticated weapons to Hezbollah. In addition, there is the equally strong Iranian resolve — backed by Quds Force commander Maj. Gen. Qasem Soleimani — not to back down but continue to consolidate itself in Syria with all its strength, willing to pay any price for doing so.

Even the attempts to transfer tie-breaking weapons to Hezbollah (the precision-missile project) continue and are becoming more and more creative. According to Western intelligence sources, most of the Israeli assaults focused on the logistical infrastructure of transferring weapons from Iran, storing them in Syria, then moving them to Hezbollah. This fact proves that the Iranians are continuing their efforts relentlessly despite the aerial assaults that disrupt and destroy these efforts from time to time. This pattern has almost become routine. Only two or three years ago, an attack of this type would have appeared on all the front pages of the Monday-morning newspapers — not only in Israel, but throughout the entire region. In July 2019, this assault is covered as an almost routine event. The Syrians release a weak warning message, then everyone shakes off the dust and goes back to work.

On the Morning After, it was Cohen's turn. His speech was more like a prime minister's than a Mossad chief's. Cohen does not hide the fact that he aims high. When he’ll be old enough, so to say, he hopes to be a Prime Minister Benjamin Netanyahu, and the path to that goal goes through Iran. In his speech, Cohen unveiled details on the Mossad operation to bring Iranian nuclear archives from Tehran to Tel Aviv. Cohen also stated that “there is no doubt, according to best sources,” that Iran is responsible for the recent terror attacks against oil tankers and additional targets in the Persian Gulf. Cohen effortlessly put on the “bad cop” shoes, usually worn by Netanyahu, with everything regarding the Israeli war against Iran. “Only clear determination to stop it from getting a nuclear weapon can stop it,” Cohen declared.

Yet the war above the Syrian skies is focused on conventional weapons, not nuclear ones. “What we can learn from what has happened until now,” a former high-placed Israeli security source told Al-Monitor on condition of anonymity, “is that the playing field is widening. Even though Iran transferred its center of gravity to northern and eastern Syria (and mainly to the area of the T-4 military air base), Israel is not deterred but continues to strike targets throughout the expanse of the entire front. This includes targets at a distance of more than 80 kilometers (about 50 miles) from the border.”

This policy is based on a simple operating principle: Israel acts to prevent the presence of Shiite, Hezbollah and Revolutionary Guard militias near the border (beyond the 80-kilometer line). However, with regard to additional enemy efforts to establish a presence in the area (such as precision weapons factories, weapon warehouses and the like), Israel operates at even much greater distances.

“The important question,” added the security source, “is what will the Iranians do next regarding Israel, now that their self-confidence has increased on the heels of the downing of the American [unmanned aerial vehicle] and the lack of response from Trump. Will Iran also encourage Hezbollah, or even the Assad regime, to forcefully respond to future Israeli assaults? Or will Iran itself respond? Will Iran really consider setting one of these fronts on fire, in order to ratchet up pressure on Washington?” (This was detailed in an earlier Al-Monitor article.)

This decision is now in the hands of Ayatollah Khamenei and his people, especially Soleimani. Netanyahu, for his part, is less restrained and has lost some of his checks and balances in light of the worsening of his political and criminal status. What we have here are all the necessary ingredients for an eruption. The only thing missing now is a match.