Will Liberman save Israel’s democracy?

Whatever his motives, this coming September Yisrael Beitenu leader Avigdor Liberman could secure his place in history as the politician who successfully saved Israel from extreme religiosity and separated a criminal suspect from the prime minister’s seat. 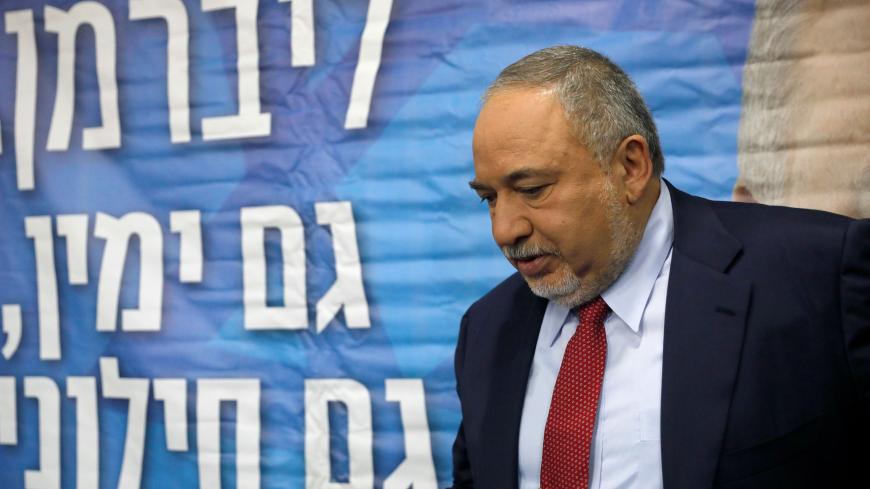 The following comes with a bold font caution — it is only relevant to the time of its writing, i.e., the election campaign for the 22nd Knesset. The way things look now, Knesset member Avigdor Liberman might turn out to be the leader of a revolution on Israel’s political right. He is not suggesting any deviation from the conservative camp’s position on the two-state solution to the Israeli-Palestinian conflict. Nor has Liberman undergone “conversion therapy” to become a fan of Israel’s Arab or leftist citizens. He adheres to his aggressive approach to the conflict with the Palestinians and continues to support the settlement enterprise.

By undermining Netanyahu’s legitimacy as leader of the “national camp,” Liberman is unraveling the ties binding the prime minister’s so-called natural partners — the secular right, religious Zionism and the ultra-Orthodox parties. For example, he attacks the “Smotriches” — a reference to Knesset member Bezalel Smotrich of the fundamentalist, pro-settler United Right party — for supporting what he calls “wimpy” government policy on the Palestinian issue, thereby tainting the coalition parties (the Likud and the United Right) as Netanyahu puppets. Liberman argues that Netanyahu and his current caretaker government partners are giving into Hamas, refusing to carry out the court-sanctioned evacuation of the Palestinian village of Khan al-Ahmar and dragging their feet on legislating the death penalty for terrorists.

His tactics ahead of the Sept. 17 elections present right-wing voters with three choices. One is messianic in nature, the other is weak and hollow and the third is his Yisrael Beitenu (Hebrew for Israel is our home). His party, Liberman claims, is “the only force that can make the Likud and Blue and White agree to a formula for which most Israelis yearn — a national, liberal government! Not a state ruled by ultra-Orthodox and fundamentalist rabbis.”

Indeed, Israeli-Jewish nationality takes center stage in Liberman’s political doctrine. However, liberalism, a value reflected in compassion and tolerance for minorities, is hardly one of his guiding principles. The unique and important option he provides ahead of the elections and the formation of Israel’s next government is the tail end of his message, rejecting a government based on Jewish law and dependent on rabbis.

At a July 8 campaign gathering in the Tel Aviv suburb of Kiryat Ono, the Yisrael Beitenu chair announced that his party would not join any government composed of the ultra-Orthodox parties (Shas and Yahadut HaTorah), the “messianics” or the “Smotriches.”

The ultra-Orthodox parties have always focused on promoting the interests of their communities and preserving the status quo in the public sphere. Their opposition to the compulsory military draft of ultra-Orthodox men — Liberman’s cause celebre — and their objection to compulsory teaching of “secular” studies such as math and English stems from their desire to differentiate themselves from the secular public. This is not the case with the Zionist, religious camp, represented by Smotrich, the newly appointed minister of transportation, and his United Right ally Rabbi Rafi Peretz, the newly installed education minister, which seeks to impose its values and rules on all Israelis. Following the April 9 elections, the United Right Knesset faction handed the Likud a list of demands. In return for joining a Netanyahu-led government, they demanded that the government reexamine the issue of deploying female soldiers in combat units and completely separate male soldiers of the religious Zionist persuasion from serving with women.

Smotrich’s June 17 confession, “I work for the Almighty,” is the essence of anti-democratic, anti-state heresy in its most unadulterated form. But Smotrich was not the first to come out with such a pronouncement. Ahead of Israel’s 2005 disengagement from the Gaza Strip and evacuation of its Katif settlement bloc there, Rabbi Avraham Shapira, one of the leaders of religious Zionism, said that the prime minister is not the boss — God is the boss.

Several years later, following the 1993 signing of the Oslo Accord with the PLO, Goren, who was still considered a mainstream figure, ruled, “Clearly — according to Jewish law — a soldier given an order that contradicts the laws of the Torah must carry out the law of the Torah and not the secular order.” He added, “This government is not based on a Jewish majority, but rather on the votes of the Arabs. As far as the Jewish law goes, it does not have the validity of a majority and therefore government orders to vacate Jewish settlements have no validity or authority from a majority of the people.”

A Channel 12 poll aired July 16 indicates that Liberman’s divide and conquer operation in the right-wing arena is bearing electoral fruit. But even if he maintains the support projected by the poll, he will not bring peace and will not turn into a model of public probity. He was the one who threatened to bomb the Aswan Dam in Egypt and pledged to assassinate Hamas leader Ismail Haniyeh within 48 hours. He was the best friend of convicted felon Aryeh Deri, interior minister and head of the Shas party, and forged an alliance with the ultra-Orthodox parties to anoint his close associate Moshe Lion as mayor of Jerusalem.

Liberman is not promising to cease his incitement against Israel’s Arab citizens and even rules out any partnership with the party (Labor) whose forefathers established the State of Israel. Although he was a member of the 31st government (2006-2009) alongside such Labor party stalwarts as Yuli Tamir, a veteran of the Peace Now movement, and Ghaleb Majadele, Israel’s first (and last) Arab minister, he now opposes the party’s inclusion in a future government.

Whatever his motives, this coming September Liberman could secure his place in history as the politician who successfully separated a criminal suspect from the prime minister’s seat and removed from power the envoys of rabbis, for whom the word “democracy” is a heathen concept. As the saying goes, in the land of the blind, the one-eyed man is king.