Israelis prefer a unity government, without the ultra-Orthodox

A recent survey revealed that most Israeli voters prefer a national unity government of the Likud and Blue and White and without the ultra-Orthodox and religious coercion. 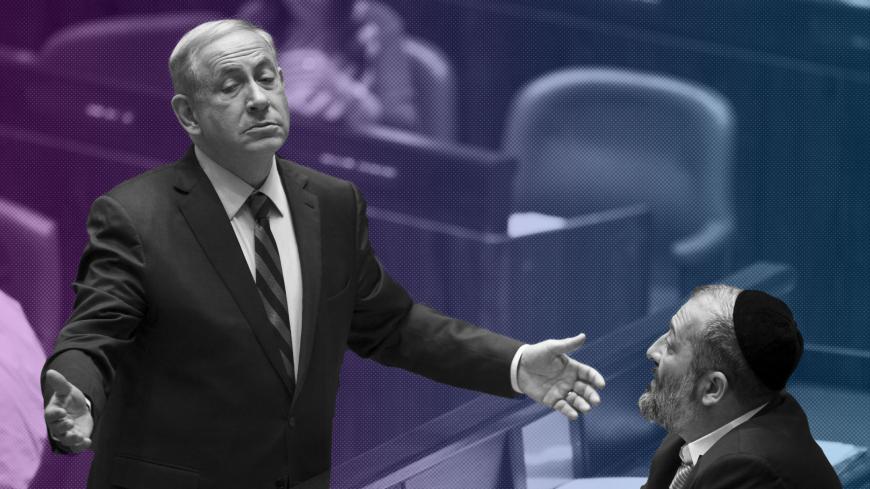 The issues facing Israelis heading for the polls on Sept. 17 will be no different from those that instructed their choice at the ballot box on April 9. Barring any surprises, the two major political blocs — one consisting of the right wing, religious and ultra-Orthodox parties, the other comprised of the center-left and Arab parties — will once again be tied.

In a best-case scenario, depending on one’s politics, a tie will allow Prime Minister Benjamin Netanyahu to form a barely stable government. Meanwhile, Yisrael Beitenu Chair Avigdor Liberman announced on June 15 that he intends to push for a unity government of the two major political parties and rivals — Likud and Blue and White — led by a Knesset member from the party that gets the most votes. Put another way, Liberman has set his sights on a government without the ultra-Orthodox parties and thus without religious coercion.

It is safe to assume that the fundamental guidelines of such a government will not advance resolution of the Israeli-Palestinian conflict and will not even include agreement on evacuating unauthorized settlement outposts in the West Bank. Sadly, only a negligible minority of the Jewish electorate and its elected officials, those who define themselves as “left wing,” care about such issues.

An impressive 74% of the Jewish public wants a Likud and Blue and White government that will promote religious freedom and military conscription for all. This is the most salient finding of a survey commissioned by Hiddush, a nongovernmental organization devoted to the advancement of religious freedom and equality. The survey, conducted by the Smith Institute and published June 12, shows that 61% of those who voted Likud in the recent elections and 100% of Blue and White voters prefer that Israel’s next government not include the two ultra-Orthodox parties, Shas and Yahadut HaTorah. The same goes for 93% of secular Yisrael Beitenu voters and 96% of the secular center-right Kulanu voters.

The January 2018 Peace Index of the Israel Democracy Institute and the Evens Program at Tel Aviv University showed that only 27% of Jewish Israelis wanted a government that included ultra-Orthodox parties (5% of secular Jews, 21% of those self-identifying as traditional-religious, 60% of religious Jews and 81% of the ultra-Orthodox). Some 70% of the Jewish majority rejected the claim advanced by the ultra-Orthodox leadership to justify the exemption of their followers from military service: Torah study by young ultra-Orthodox men protects Israel no less than their service in the army.

A unity government with a significant majority and not at the mercy of the ultra-Orthodox could amend a string of laws and situations that discriminate against most Israelis. These include bans on public transportation, on flights by El Al, Israel's national airline, and on Jewish work on the Sabbath and religious holidays; the imposition of Kosher dietary laws and the appointment of Kashrut monitors; laws that ostracize the LGBT community; and the lack of civil marriage. A government free of pressure from rabbis and their wheeler dealers could also require that ultra-Orthodox children take classes in math, computers and English, which would lift tens of thousands out of ignorance and allow them to train for a job and go out to work.

On the one hand, the conservative right complains that the legal system and the media ignore the “will of the people” and impose their wishes and interests on others, but on the other hand, they view the ultra-Orthodox minority as their “natural partner.” By acting in league with the ultra-Orthodox, the conservative right has enabled the will of the minority to be imposed on the majority.

A February 2017 article on the Kikar Hashabat website written by David Rosenthal, ultra-Orthodox media adviser and opinion writer, revealed quite a bit about the attitude of the ultra-Orthodox toward their natural partner, whom he dubs “the suckers.” “The ultra-Orthodox don’t care an iota about the issue of sharing the burden [the euphemism for compulsory military service],” Rosenthal wrote on the topic, which has been a battle cry for Liberman and many non-Orthodox Israelis. “However, if by glorifying equality and similar slogans we can obtain more and more funding for Torah study, yeshiva students and all the other holy needs, then long live equality. The suckers will continue paying.”

The amount of money that the suckers shell out for yeshivas, their students and various ultra-Orthodox facilities and rituals, which have turned Israel’s yeshivas into sanctuaries for draft dodgers, will keep growing. According to projections by the Central Bureau of Statistics, the ultra-Orthodox population, which comprised 11% of the total population in 2015, will double in the next 20 years and by 2065 will constitute almost one-third of all Israelis. Although the rate of ultra-Orthodox men who work has increased in recent years, it is still woefully low, at 47.8% compared with 82.3% for all Israeli men.

In a March 2019 report, Israel’s central bank warned of an economic slowdown, attributing it, among other things, to a skill gap between ultra-Orthodox men and other Israeli men in mathematics and reading comprehension. The bank’s researchers believe the problem lies in the ultra-Orthodox school curriculum excluding “secular” studies, such as math and English. They recommend that decision makers encourage the ultra-Orthodox, especially the boys, to study subjects relevant to the job market. They underscore that the need for such study is increasingly acute given their projected population growth. At the same time, the natural partners, that is, ultra-Orthodox officials, are waging all-out war against any attempt to impose the study of “core subjects” on ultra-Orthodox schools. As far as they are concerned, ignorant voters tend to be obedient and submissive.

Six years ago, Shas and Yahadut HaTorah did not join Prime Minister Benjamin Netanyahu’s third government. Instead, the ruling coalition included the Likud, the anti-clerical Yesh Atid, Hatenua, the religious-right HaBayit HaYehudi and Yisrael Beitenu. That government could boast of several achievements, among them a blueprint for ultra-Orthodox enlistment (known as the “Sharing the Burden” law) and a cut in child allowances, which had ballooned under ultra-Orthodox pressure. The fertility rate among the ultra-Orthodox is double the overall average.

The government also passed a law allowing municipal rabbis to conduct conversions to Judaism — a less stringent process than conversions by the chief rabbinate — and did away with various discriminatory regulations that gave the ultra-Orthodox advantages in housing and welfare benefits. It extended daylight savings time until November in conformity with the rest of the Western world — the ultra-Orthodox had wanted shorter days to make it easier for them in terms of prayer times — and imposed “secular studies” on ultra-Orthodox schools (through a law never enforced and then canceled in 2016 during coalition negotiations).

This September, the country’s two leading parties will get a chance to finish what was started six years ago — forming a natural partnership based on religious freedom and implementing equal opportunity for the ultra-Orthodox, too.