Despite rebranding himself as a champion against religious coercion in Israel, Yisrael Beiteinu leader Avigdor Liberman has a history of cooperation with the ultra-Orthodox. 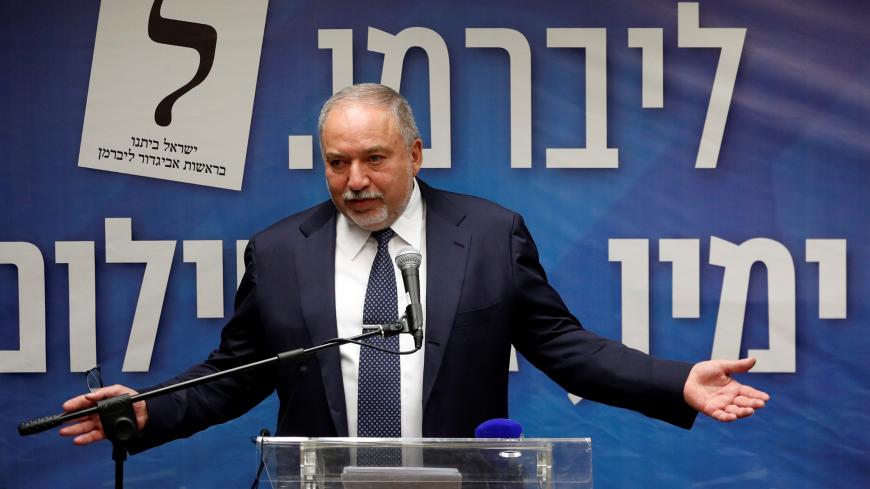 After the April 9 elections, Yisrael Beiteinu leader Avigdor Liberman conditioned joining a Netanyahu government on the adoption of a law on drafting ultra-Orthodox. Faced with opposition from his ultra-Orthodox allies, Prime Minister Benjamin Netanyahu failed to compose a majority coalition and was forced to call for dismissing the Knesset and holding new elections.

In a May 30 statement, a day after the Knesset voted to disband, Netanyahu ridiculed Liberman for “suddenly” adopting a tough stance against the ultra-Orthodox parties. “Which Liberman, our Liberman?” Netanyahu asked sarcastically. “He has been making deals with the ultra-Orthodox for 20 years.” He elaborated, “In 2009, Liberman supported the position of Shas advocating an increase in child allowances. In 2012, Liberman supported all the Shas appointments of municipal rabbis. In 2013, Liberman made a deal with Shas over their candidate for chief rabbi. In 2018, he sealed a deal with Shas and Yahadut HaTorah to prevent the secular candidate Ofer Berkowitch from being elected mayor of Jerusalem.”

Netanyahu hit a nerve. Unlike Yair Lapid, the head of the centrist Yesh Atid party who adopted an anti-clerical line from the day he entered politics (he has since moderated his views but refuses to renounce his tough line), Liberman has a rich history of cooperation with Israel’s ultra-Orthodox sector — and not only in political horse-trading. Liberman might be Israel’s most ultra-Orthodox secular politician. His broad network includes dozens of friends from the ultra-Orthodox community, the most famous of them Shas' chair, Knesset member Aryeh Deri, in a relationship that spans several decades and includes their families.

His close circle in the past and present includes quite a number of religious Jews. Liberman’s personal assistant Avi Abuchatzeira is religious, a graduate of the ultra-Orthodox school system. Another close associate, Sharon Shalom, is also of a religious-traditional persuasion. In addition, Liberman has been in close touch with ultra-Orthodox millionaires such as Dan Gertler and Chaim Yankel Leibowitz. Liberman’s religious milieu does not stop at his doorstep. His wife Ela is considered an observant Jew and his daughter Michal’s lifestyle is religious in every respect. His grandchildren wear kippahs.

Liberman, who is positioning himself as a champion of secular rights and fending off ultra-Orthodox coercion, was also a frequent guest until quite recently in the homes of leading rabbis. As recently as November 2018 and not for the first time, he visited the home of ultra-Orthodox leader Rabbi Chaim Kanyevski in the ultra-Orthodox town of Bnei Brak, where he reportedly wrote a letter in a Torah book — a special honor not bestowed on any secular politician.

Liberman is also considered close to Hassidic Rabbi Yisroel Arye Laib Margulies, known as by rabbinical honorific of “the Admor of Premishlan,” arriving at his Bnei Brak study hall in 2013 to receive a blessing and attending the “seven blessings” nuptials ceremony of his daughter. A source in this Hassidic community told Al-Monitor on condition of anonymity, “Liberman comes to the Admor privately. We have no connection with politics.” On the other hand, Liberman has never gotten along with leaders of the Sephardi ultra-Orthodox community (except for Deri). In 2009, the spiritual leader of Shas, Rabbi Ovadia Yosef, said voting for Liberman’s Yisrael Beitenu party would be like voting for Satan. As far as anyone knows, Yosef and Liberman have never met.

Liberman also visits the graves of rabbis, an old Jewish custom. He is considered an admirer of the Admor of Ribnitz, with whom his family was in touch before they emigrated from Moldova to Israel in the 1970s and who said he expected great things of the young Liberman. On a 2016 visit to the United States, Liberman prayed at his grave. Liberman also occasionally visits the grave of the Chabad Rabbi in Queens.

One of Liberman’s close friends told Al-Monitor that Liberman’s ties to the ultra-Orthodox community stem from a deep connection to Jewish tradition. “Liberman is not putting on a show on religious matters, unlike politicians in the Likud,” he said on condition of anonymity. “He really has an affinity for religion from childhood. His love of tradition is sincere. On the other hand, he has to promote the interests of his voters, in which he believes just as sincerely. Liberman has nothing against the ultra-Orthodox as a group, and contrary to what people say, there is no hate in him. He is friends with many of them and has discreet friendships with some rabbis. He does have a problem with the ultra-Orthodox' conduct in politics and he advocates the separation of religion from state. Liberman himself practices the separation that he preaches. He honors religion and tradition on a personal, intimate level, but claims the state should be secular in nature and demands equality in terms of the military draft.” Ultra-Orthodox men are largely exempt from the three years of military service that other Israeli men are required to perform, a fact that many Israelis resent.

Asked how Liberman had made deals for years with ultra-Orthodox politicians, including the 2018 Jerusalem municipal elections, his friend could not provide a satisfactory reply.

“The story of the Jerusalem municipality is amazing,” a political strategist who worked with Liberman in the past told Al-Monitor on condition of anonymity. “This is a man riding on the short memory of his voters. Only several months ago two camps faced off in Jerusalem: the traditional-liberal-secular camp against the ultra-Orthodox one. Ofer Berkovitch versus Moshe Leon. And whom did Liberman, the champion of secularism back? The very man at the head of the ultra-Orthodox camp who does the bidding of Jerusalem’s ultra-Orthodox rabbis. Now Liberman is trying to convince everyone that he champions secular Israelis. I find it ridiculous.”

Liberman’s friend revealed that Liberman has already decided that the coming election campaign will focus on issues of religion and state, guaranteed to further exacerbate tensions between him and the ultra-Orthodox. “Liberman sees in internal polling he commissions that he is mobilizing new constituencies and he intends to keep pressing in that direction, which embarrasses the Likud. Netanyahu can shout until he is blue in the face that Netanyahu clinches deals with the ultra-Orthodox, but Liberman will take advantage of the fact that the public still sees Netanyahu as giving the ultra-Orthodox the greatest political power they ever had.”

While the campaign may force Liberman to disavow his historic ties to the ultra-Orthodox, they make no secret of their sense of betrayal. On June 11, Shas issued an interesting statement: “Liberman was for decades considered a close friend of the ultra-Orthodox factions, mostly of Shas, cooperating on hundreds of political matters, on a local and national level. Liberman is not against the ultra-Orthodox. He is a man without principles.”

Seasoned political analyst Shimon Breitkopf told Al-Monitor that the ultra-Orthodox could launch a nasty campaign, embracing Liberman and nostalgically harping on happier times. “This would crush his campaign,” he predicted. “Liberman, for his part, will try to build himself up with moves perceived as being against the ultra-Orthodox. He knows that many Israelis on the left and right are united by their hostility to the ultra-Orthodox and are worth at least 10 Knesset seats. Liberman has to create a credible political narrative that will provide them with a political home for the coming elections. After the elections, we will see Liberman far more placated. He will go back to dealing with the ultra-Orthodox much faster than people think.”