The Israeli-Arab public is tired of Prime Minister Benjamin Netanyahu’s campaign against them, tired of Israeli politics and tired of unfulfilled promises. 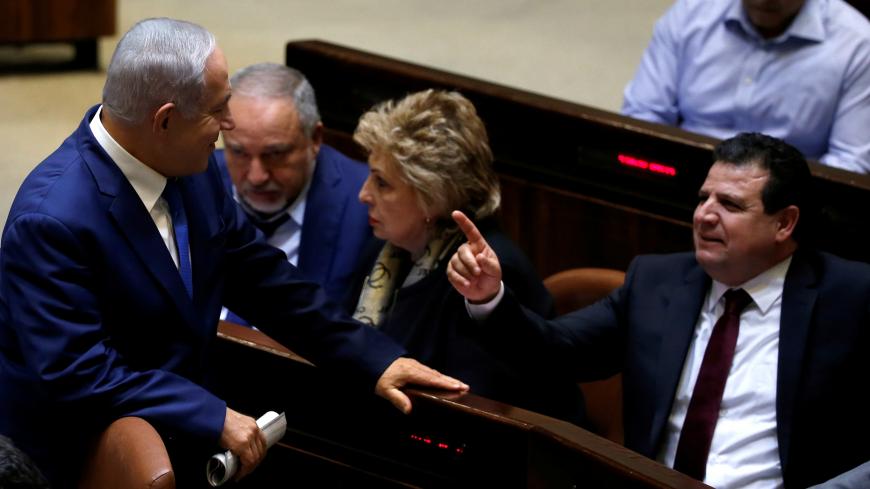 The September elections are drawing closer and opposition leader Benny Gantz is no closer to embracing the country’s Arab voters. His Blue and White Party slate for the 22nd Knesset does not include a single Muslim or Christian Arab among its dozens of candidates. The former army chief, who formed his centrist, liberal party in February in the runup to the April 9 Knesset elections, has still not realized that adopting an ‘’in between’’ approach (of avoiding significant decisions) and ignoring the state’s 21% Arab minority is not a recipe for election victory. That is certainly true when your rival is Prime Minister Benjamin Netanyahu, who will stop at nothing to achieve his goals, including the disbanding of a just-elected Knesset and scheduling new elections at a cost of billions of shekels to taxpayers — even as a cloud of potential corruption indictments hangs over his head.

Two important reinforcements for the repeat elections are bad news for Netanyahu. The first is former Prime Minister Ehud Barak, probably the only politician who can truly rile Netanyahu, make him sweat and send him continuously to Twitter's front lines. The second new/old actor is the Joint Arab List — an alliance of four Arab parties (Hadash, Ta’al, Ra’am and Balad) planning a soon-to-be-announced comeback as soon as its members finish quarreling over the 11th to 14th slots on their candidate list.

Arab voters were clearly displeased with the Joint Arab List’s debut performance in the 20th Knesset and with its decision to disband ahead of the voting for the 21st Knesset in April, after spending an entire term involved in infighting and power plays. Many of the voters thus decided to stay home, issuing a yellow card to their home teams. They almost ousted the Ra’am-Balad list that ran together and barely garnered sufficient votes to get into the Knesset (garnering the minimal 4 seats to pass the Knesset-entry threshold). Slightly less than 50% of eligible Arab citizens voted April 9, giving their representatives the equivalent of 10 seats in the Knesset, compared with the 13 the Joint Arab List picked up in 2015. The result was an undoubtable warning, which the four parties heeded and decided to reunite at all costs.

Anyone familiar with developments in Israeli Arab society understands that the probable comeback of the Joint Arab List is not necessarily a magic bullet to get Arab voters rushing to the polling stations. Many are still angry at the Joint Arab List’s split earlier this year and at its members’ inability to compromise on the names of lower-ranked candidates whose chances of election are slim.

The Arab public is also angry at having become irrelevant in Israel’s political game. The Arab parties are directly to blame for this, in part, as is the delegitimization campaign waged by Netanyahu toward Arab voters. Instead of putting Netanyahu is his place, the other political actors are following his example and dissociating themselves from the Arab public.

The average Arab citizen can then conclude, rightly so, that there is no point to participating in elections, and that is exactly what Netanyahu is aiming for as a lesson from his first term as prime minister (1996-99). Netanyahu realized at the time that in order to stay in office he has to deal with the following:

Using various tactics and maneuvers, Netanyahu is trying to turn Arab citizens into lepers so that the center-left parties keep away from them and do not court their vote. During the April balloting, his Likud Party even sent cameras to polling stations in Arab districts in a bid to deter Arab voters, a tactic known in the United States as “voter suppression.” Just imagine the uproar had the ruling party in the United States deployed hidden cameras in polling stations in Jewish districts of Brooklyn.

Having said all of the above, one cannot absolve Israeli Arab citizens of all responsibility for the low turnout. Much blame lies with the failure of the Arab parties and because the Joint Arab List has become a type of exclusive club that rejects any non-member of one of its constituent parties. If a well-known Arab journalist, for example, were to decide to run for the Knesset — as occurred with Jewish journalists such as Shelly Yachimovich (Labor) and Nitzan Horowitz (Meretz) — the Joint Arab List would not give him a chance. The list of candidates is reserved exclusively for members and their associates. Excluding new non-affiliated political forces from the list, along with unanswered calls to open the candidate list to the entire Arab public, generates antagonism and mistrust of the incumbent lawmakers. It would thus come as no surprise that despite the Joint Arab List’s resurgence, the number of seats it gets in September will not be significantly higher than the number the Arab parties got in April.

This is well illustrated by the establishment of a new political party, Al-Wahada Al-Shabiya, meaning “popular unity.” The party, established by professor Assad Ghanem of Haifa University, will compete with the Joint Arab List for the Arab vote. The party would not have been born if the Joint Arab List had provided a platform for the entire Arab populace. By what right do its leaders decide that an Arab citizen unaffiliated with Hadash, Balad, Ra’am or Ta’al cannot be a candidate on its Knesset list? After all, this is a slate of candidates, not a party in itself!

Ghanem is fed up with the Joint Arab List’s exclusion of new candidates and he has therefore decided to strike out on his own. He declared that it was time to put an end to the exclusive club of the Arab parties. Does he intend to run in September or only in later elections? Time will tell. After all, it is virtually impossible, especially in the Arab sector, to register a new party and run for the Knesset within three months.