US hits back at Iran in Iraq as tensions rise

The United States is targeting pro-Iranian politicians and militants in Iraq. 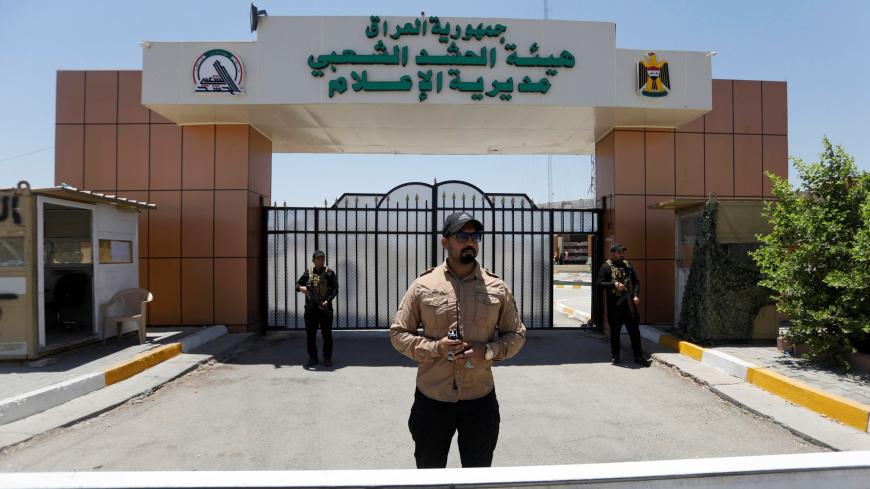 As tensions between Washington and Tehran rise across the region, the United States is making life more difficult for Iran in Iraq.

Jabouri, a member of parliament from Salahuddin province, formerly served as the province's governor. He is accused of working with “Iran-backed proxies that operate outside of state control.”

Jabouri, who is also accused of being involved with corruption, was removed from the Salahuddin governor's post and sentenced to prison in July 2017 for “misusing authority and federal funds, and appropriating land for personal use.” He was released soon after through the mediation of Abu Mahdi al-Mohandas, the deputy of the Popular Mobilization Units (PMU).

“Al Jubouri has been known to protect his personal interests by accommodating Iran-backed proxies that operate outside state control,” a Treasury statement said.

Akoub, who served as governor of Ninevah for 3½ years, fled Mosul last year after the Iraqi parliament sacked him and an Iraqi court issued a ruling against him over corruption charges following the capsizing of an overloaded ferry that killed more than 100 people. He is accused of facilitating the expansion of Iran-backed PMU factions' influence in Mosul by opening economic offices and then profiting from these actions.

Kildani and Qado both are commanders of Christian and Shabaki (an ethnoreligious group in Ninevah) factions, respectively, under the PMU umbrella. They both are accused of perpetrating of “serious human rights abuse and corruption."

Rayan also is suspected in the death of an Iraqi plastic surgeon, Rafif al-Yasiri, known as Barbie of Iraq, last year.

"Many of the corruption and abuse-related actions committed by these sanctioned individuals occurred in areas where persecuted religious communities are struggling to recover from the horrors inflicted on them by [the Islamic State]," the US Treasury statement said.

The Fatah Coalition, which is the political front of the PMU, condemned the sanctions on the four individuals, calling it a deliberate targeting of the PMU. Jabouri also slammed the sanctions, calling them a “violation of Iraqi sovereignty” and demanding that the Iraqi government take action against the designations.

A day after the sanctions against the four individuals, a PMU military base in northern Salahuddin was bombed by a drone, killing one person and injuring at least two. The base, which belongs to Brigade 16, is made up of Iraqi Turkmens who are close to Iran.

Some Israeli media outlets and Saudi Arabia’s Al-Arabiya channel reported that among the casualties were members of Lebanese Hezbollah and Iran’s Islamic Revolutionary Guard Corps, and that a number of ballistic missiles were destroyed.

The United States immediately denied involvement in the attack. Pentagon spokesman Cmdr. Sean Robertson said, “We are aware of open-source reports of possible aggressive actions against a Popular Mobilization Force unit in Salahuddin. US forces were not involved. We have no further information about this report.”

This raised the possibility of Israeli involvement in the drone airstrike.

Following the airstrike, Iraqi Prime Minister Adel Abdul Mahdi ordered an immediate investigation into the incident, but no result has been reported so far. The Nasr coalition led by former Prime Minister Haider al-Abadi also called the incident a “violation of Iraqi sovereignty,” which implies the involvement of a foreign party.

This comes in conjunction with the US targeting of an Iranian drone in the Strait of Hormuz and the US deployment of 500 troops and military aircraft to Saudi Arabia's Prince Sultan Air Base southeast of Riyadh.

The United States had sanctioned the Nujaba Movement and its leader, Akram al-Ka’abi, in March. Also, US Secretary of State Mike Pompeo warned during his recent visits to Iraq that the United States would target some PMU factions that are backed by Iran if any attack takes place against US interests in Iraq. During the last three months, several attacks have occurred against US interests, including the US Embassy and ExxonMobil.

The series of Iranian and US actions against each other in Iraq clearly indicate that Iraq has already become a battleground between the two parties. Iraqi authorities are trying hard to avoid any collision between Iran and the United States or between Iran and Saudi Arabia in Iraq. Officials are also trying to present Iraq as a bridge and mediator, but it seems they do not have enough control of their territory to stop all involved parties from acting against others.