Iran grants additional visas to Iraqis to boost its economy

In order to overcome US sanctions and boost its economy, Iran is increasing tourist visas to Iraqis. 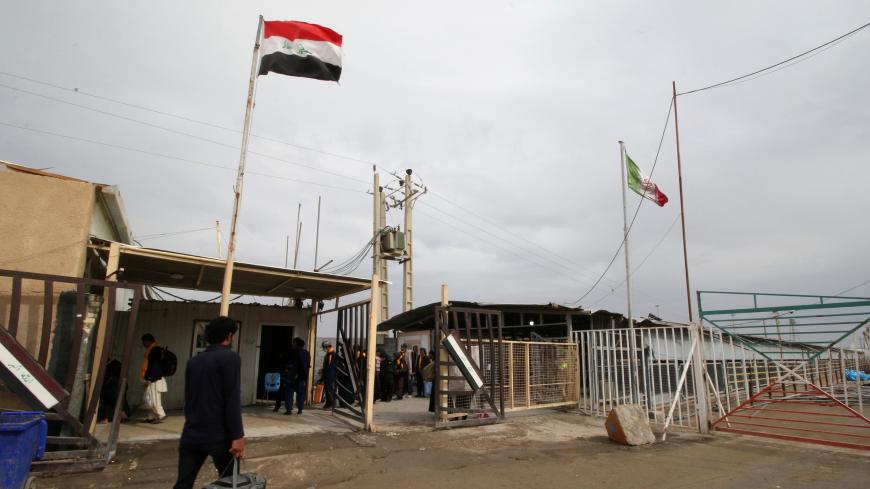 In light of the US sanctions and the exit of foreign companies from Iran, Tehran is seeking to boost its income and hard currency by hosting the largest possible number of Iraqi tourists it can.

Until May, 2,500 entry visas were issued daily by the Consulate General of Iran in Najaf, which began issuing 5,000 a day in July. Abbasi said he believes this increase in the number of visas issued is due to “Iraqis preferring to arrive in Iran for tourism, shopping and treatment as a result of the prevailing security there.”

Moussa Tabatabai, assistant to Iran’s ambassador to Baghdad, told Al-Monitor, “The number of Iraqis arriving in Iran for religious tourism and treatment is growing bigger on a yearly basis. This is added to those who travel to Iran to see their relatives. The visas are issued depending on the demand.”

He said, “There are 2-3 million Iraqis arriving in Iran every year. Such a figure will more likely increase as the visas have become free of charge between the two countries.”

Tabatabai tried not to speak of his country’s need for Iraqi tourists, saying a normal increase in the number of tourists every year is behind the additional visas issued.

During Iranian President Hassan Rouhani’s visit to Iraq in March, the two countries agreed to waive visa fees. While Iran had previously wanted a visa waiver between the two countries, Iraq had refused. Instead, the Iranian government and the Kurdistan Regional Government of Iraq had reached such an agreement, allowing Iranian nationals to enter the Kurdistan region visa-free, with the same applying to KRG residents when they enter Iran.

Parliamentary Finance Committee member Hama Rashid did not welcome the decision to waive visa fees. He said in March that “such a measure only serves Iranian interests, as 7 million Iranians enter Iraq every year to visit religious shrines in Baghdad, Salahuddin, Karbala, Najaf and central parts of the country.”

Prior to the visa fee waiver, Iraqis paid nearly $52 in fees for the visa. Today, they pay no more than $3.50 if they go through travel bureaus, and get it for free from the Iranian Embassy and consulates.

Moreover, promoting new tourist attractions is another way for Iran to attract more Iraqi tourists. The city of Ilam is a new destination that Iran is marketing to attract Iraqis. The first Iraqi convoy of 147 tourists arrived in this city June 8.

Iran also seeks to have direct flight between Ardabil province, which is located near the border with Azerbaijan, and Iraqi airports. All this shows how those in charge of promoting Iranian tourism have their eyes focused on Iraqis.

Many of the Iraqi tourists go to Iran for medical reasons, particularly for hair transplants and surgical operations. This is why Tehran has focused its attention on this dossier, and signed June 19 a memorandum of understanding in the medical sector with Baghdad.

Salam Samisem, a former economic adviser to the Iraqi Ministry of State for Civil Society Affairs, told Al-Monitor, “The Iraqi tourists are now the sole outlet that help boost the Iranian market and stimulate tourism. “The Iraqis are the only [tourists] in Iran at present. This is not to mention the shopping and purchase of real estate,” she added.

She said, “The twofold increase in the number of Iranian visas issued for Iraqis will encourage more Iraqis to visit Iran. The Iraqi tourist will also boost the Iranian economy, as every tourist spends no less than $1,000 during his stay there.”

Citizens and travel agencies in Maysan province, which borders Iran, spoke of the positive impact of the visa fee waiver and the increase in the number of visas issued. They said such steps have further encouraged Iraqis to visit Iran, and added that most of the inhabitants of the province travel to Iran for medical treatment.

Just as the Iraqi markets have been a safe place for Iranian products, Iraqi tourists continue to stimulate the Iranian economy, which has been in distress, particularly now in light of the US sanctions against Tehran.