As the sanctions on Iran have reduced the number of Iranian tourists visiting Iraq, Baghdad should remedy the situation by diversifying its tourism sector. 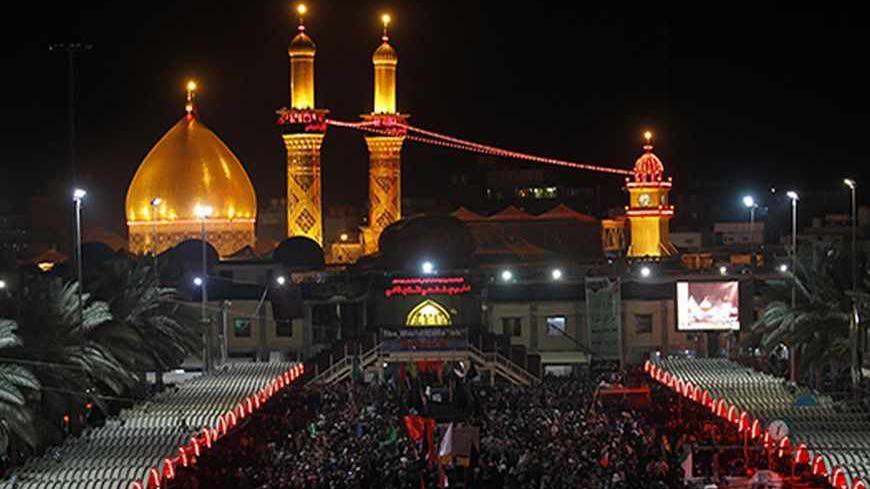 Tourism is the biggest economic resource for Iraq after oil, but the industry's focus on religion in general and on Iranian pilgrims in particular has made the Iraqi tourism sector dependent on Iran’s political will and economic situation.

Iraqi Tourism and Antiquities Minister Liwa’ Smaisim said that Iraqi religious tourism has rebounded after 2003, and that tourism has become an important source of income for the Iraqi economy, which still largely depends on oil.

Recent years have demonstrated that religious tourism in Iraq is resilient. Despite a lacking security situation and poor services, the sector produces millions of dollars in income annually. The Tourism and Hospitality Association in Karbala reported that 55,000 Arabs and foreigners, as well as more than 3 million Iraqis, visited Karbala during the Shaaban holiday. During the last 40 years, Karbala has had more than 18 million visitors, including 350,000 Arab and foreign visitors from 36 countries.

Although Najaf and Karbala boast about 500 hotels, “They are no longer enough to accommodate the large numbers of visitors, especially the Iranians,” according to Smaisim.

After deposed President Saddam Hussein’s fall, Baghdad and Tehran signed an agreement to receive pilgrims in Najaf, Karbala, Samarra and Baghdad. The number of daily visitors was small at first. But then the agreement allowed for 6,000 visitors a day on a regular basis and 10,000 a day on religious occasions. In March, the governor of the Iranian city of Qasr-e Shirin said that 2,000 Iranian pilgrims cross the Khosravi border terminal to reach Khanaqin, Iraq every day. That is in addition to those who reach Iraq through other border crossings or by air.

Even though such a large volume of Iranian pilgrims helps the Iraqi economy, relying on a single tourist attraction increases the risks of investing in this area. Recently, the drop in the Iranian currency’s value due to economic sanctions has resulted in fewer Iranian pilgrims. Smaisim said, “The problem began when sanctions were imposed on the Islamic Republic of Iran. That caused a decline in the number of visitors, even though Iranian visitors continued to flow into Iraq even when there were bombings, some of which directly targeting [the tourists] ... The sanctions imposed on Iran have significantly reduced the rial’s value relative to the dollar, and that’s been causing the Iranians major difficulties.”

The head of the Najaf Chamber of Commerce, Zuhair Mohammad Sharba, said, “The resources of the hotels that receive Iranian visitors have dropped by half since the beginning of this year.” That marked a turning point for Najaf, which was aspiring to build a new hotel. Since 60% of Najaf’s economy depends on tourism, the dramatic drop in Iranian pilgrims has significantly damaged its economy. The president of Najaf’s Hotel Association said that the crisis has made the Iranian side reluctant to pay its dues to companies that organize visits to Iraqi hotels.

In addition to the economic situation, political will can have an effect in this area, especially since Iranian pilgrims cannot visit Iraq except by means of special convoys and under the supervision of the Visits and Pilgrimage Organization, which is affiliated with the Iranian government. This gives Iran the means to pressure the Iraqi government, as happened in 2009, when Iran reduced the number of visitors from 5,000 to 1,500 a day because of disputes with Iraq.

To make up for the shortfall in tourists, the Iraqi Tourism Ministry has begun attracting tourists from other countries with Shiite populations. An adviser to Iraq's minister of tourism, Bahaa al-Mayyah, said that the tourism sector should be diversified and that “The ministry’s plans aim at overcoming the low number of Iranian pilgrims.”

In addition to diversifying the tourism sector, the entertainment sector should also be strengthened to provide tourists with more spending opportunities. More recreational centers and markets should be built, as the Iranian city of Mashhad has done. Mashhad has three water parks as well as many markets and gardens. Iraqi cities can issue entry permits to support the development of tourism projects and public services. Also, Iraq should support Iraqi companies in attracting tourists from various countries.

The tourism sector should also include archaeological, environmental and various other kinds of tourism. The archaeological areas such as Babil, Nineveh and Taq-i Kisra and the picturesque natural scenery of the marshes in the south and north of Iraq all provide important tourism opportunities. Iraq could also marshal its cultural and artistic capabilities to help further develope its tourism opportunities, as the Kurdistan Region, for example, has done in preparing various Arab and Persian concerts to attract foreign tourists.