Economic and security concerns have led to a marked decrease in the number of Iranians visiting Iraq as religious tourists. 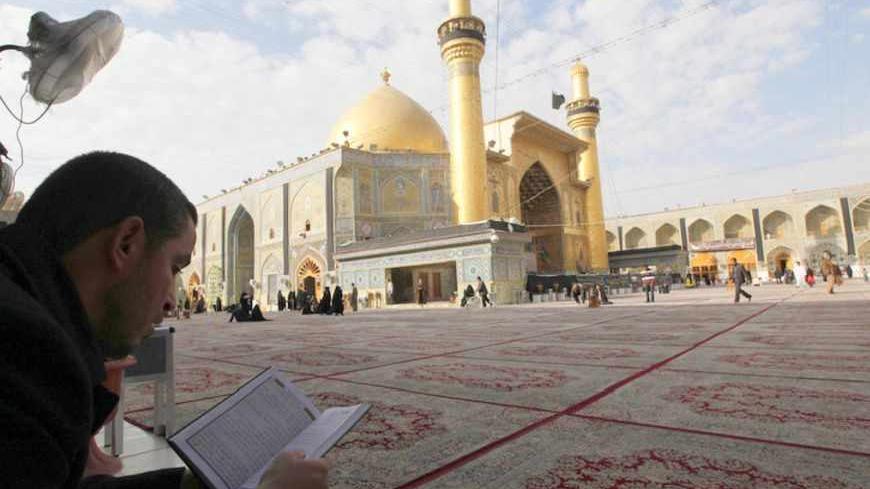 The current religious tourism season in the Shiite-dominated Iraqi city of Najaf is said to be the worst in years, given the low number of Iranians visiting this city since the beginning of the year. This decline is due to a decrease in the purchasing power of visitors, following the decline in the value of the Iranian Toman against the US dollar, which resulted from international sanctions imposed on the Islamic Republic over its nuclear program.

Millions of Shiites from inside and outside Iraq — especially from Iran, Bahrain and Pakistan — flock to these shrines several times a year to celebrate religious rituals.

Kamal al-Fadhli, director of the Shiite Waqf in Najaf, told Al-Monitor, “The number of Iranian visitors to the city has dropped by 50% since the beginning of the year, while their purchasing power dropped by about a third, due to the low value of the Iranian toman against the US dollar.”

Fadhli, however, predicted that the number of Iranian visitors to Iraq will increase over the next few months, which will include a number of Shiite religious occasions.

The value of the Iranian currency has dropped to its lowest level due to Western sanctions on Tehran over its nuclear program. The exchange rate of the US dollar has reached about 3,500 IRR per dollar, after it had been about 1,300 IRR per dollar prior to the imposition of sanctions. Iranian pilgrims traveling to Iraq are only entitled to $300 [in US currency] before leaving the country.

Abdul-Mahdi al-Muzaffar, an official at the tourism department in the Najaf Chamber of Commerce, said, “the purchasing power of Iranian visitors has declined by one third, because of the low value of the currency.”

In an interview with Al-Monitor, Muzaffar added, “Iranian visitors were excellent clients in the Iraqi market, but now, with the devaluation of the currency, this is no longer the case.”

“The number of visitors only decreased by 10%, but there are larger estimates according to other parties in the province,” he added, noting that “the city's hotels have reservations with Iranian transport companies that date back to two years ago, and we are obligated to provide all the services agreed upon with them, even with the low levels of expenditure.”

Muzaffar confirmed that Iran has reduced the number of visitors who are allowed to go to Iraq “because of recent attacks that targeted a number of [Iranians] there.” He said, "the Iranian Hajj Foundation has limited the number of Iranian visitors to 5,000 a day maximum, even though their number used to reach 15,000 [a day].”

Muzaffar said, “Iranian tourists are still obliged to spend $50 to $100 per night for hotel expenses, yet there has been a decline in the amount spent in Najaf’s commercial shopping centers and restaurants, and on trips to several provinces to visit the tombs of imams.”

The head of the Association of hotels in Najaf, Saeb Abu Ghanim, told local media outlets on June 8, 2013, “the 150 tourist hotels in Najaf had to lay off workers,” adding that this “constitutes an economic setback for the province.”

He said, “religious tourism in Iraq in general and Najaf in particular has seen a significant decline this year more than any other year.”

He added that the reason is due to “the decrease in the number of visitors as a result of economic sanctions imposed on the Islamic Republic of Iran and its low currency, which makes it hard for visitors to pay for the visit.”

Abu Ghanim added, “On the best of days, the number of daily Iranian pilgrims does not exceed 2,500. We hope that this number will reach 7,000 during the tourist season.”