Hotel Construction Explodes In Erbil To Keep Up With Tourism 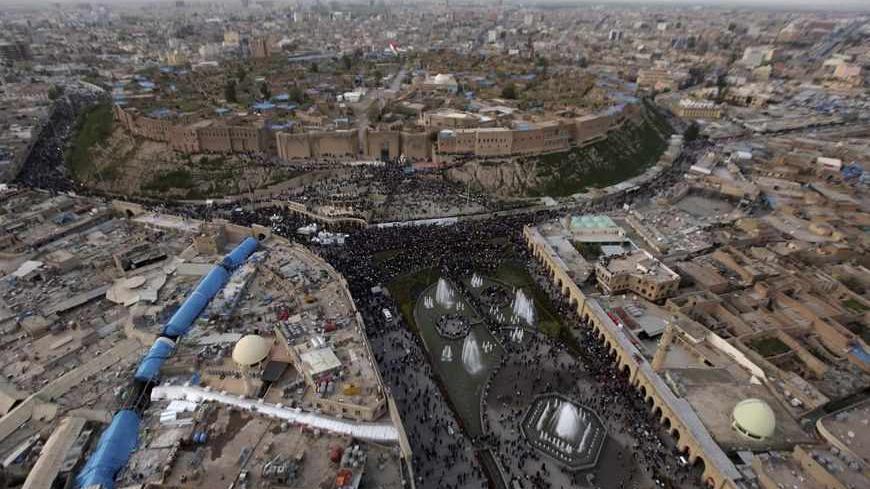 An aerial view of the city of Erbil, the capital of the autonomous Iraqi Kurdistan region, March 19, 2013. - REUTERS/Azad Lashkari

Taxi drivers in Erbil, the capital of the semi-autonomous Kurdistan region in northern Iraq, are keen to tell every non-Kurdish person they give a ride to that there are more hotels in their city than in Paris. The drivers proudly list hotels’  names and the services they provide.

Erbil is the fourth-largest city in Iraq, after Baghdad, Basra and Mosul, and is nearly 360 km (224 miles) from the capital. Its population: 1 million. Erbil province is bordered by Turkey to the north and Iran to the east; its total area is 15,074 square km (5,820 square miles).

It is widely rumored that Erbil is the oldest continuously inhabited city in the world.

The media and public relations director at Erbil’s governor’s office, Hamza Hamed, said the issue is not about competing with Paris in the number of hotels, but rather in the city’s plan to accommodate the huge number of visitors who come in the summer.

Hamed told Al-Monitor, “There are more than 200 hotels in Erbil, ranging from three-, four- and five-star hotels.” He added: “In addition to the hotels, there are camps, resorts and tourist complexes that provide housing for the province’s visitors, if they want to [take advantage of these offerings]. There are no accurate statistics on these facilities for now, because they are continuously increasing.”

The Kurdish official added, “The number of visitors in summer places tremendous pressure on Erbil; thus, hotel room occupancy rates reach 100% in most of the city’s hotels during this season.”

The three [main] cities of the Kurdistan region — Sulaimaniyah, Erbil and Dohuk — have enjoyed a stable security situation unseen in other Iraqi cities since the collapse of the late President Saddam Hussein’s regime in 2003. This has turned the city into a place of refuge for thousands of Iraqis who have come from the central and southern cities, fleeing violence. The mountainous province also has a large number of summer resorts and tourist facilities.

Hamed said, “Visitors coming to Erbil are basically from the central and southern cities of Iraq. The Iranians come second, and the Turks come in third place, with some visitors from Lebanon and Gulf countries.” He continued, “There are thousands of Syrian residents who fled to the cities of the Kurdistan region following the events of the Syrian revolution; however, they usually live in rented houses.”

He said, “It is not only about visitors who come to the city and then leave after taking a tour. Officials, businessmen and investors have bought luxury villas in modern complexes and reside with their families in Erbil.” He said, “The price of some of these villas has reached $1 million in Erbil.”

In the passing of only a few months, the appearance of the city has become notably different. According to Iraqi journalist Mazen al-Zaidi, the city is expanding every day, and following a strategic approach to turn into one of the most prominent economic cities in the region.

Zaidi said that he came from Baghdad — where the Mada newspaper for which he works is based — to Erbil for some recreational time earlier in the month. He was surprised by the changes that had taken place in the city, compared with his visit nearly three months ago.

He added: “Some buildings that were still under construction have been completed. I saw projects being launched in other areas. There are a lot of hotels, modern residential complexes and huge shopping centers.”

During the last 10 years, the city has witnessed a huge construction boom embodied by its acquisition of Arab and foreign investments, which has led to the construction of a large number of hotels, commercial and residential complexes, restaurants, hospitals and private schools, as well as a modern network of roads that includes tunnels, bridges and new streets.

Zaidi said that “work does not stop in this city. You can hear the sounds of hammering on giant steel pegs all night, signaling the inauguration of a new construction site.” He added: “I might come back in two or three months to find that the appearance of city has changed. Anyways, this is certainly a development; the city is growing like a human being.”