Is Iran’s influence in Iraq waning?

Iran is formalizing its relationship with Baghdad as a strategic step in lessening the negative economic effects of US sanctions, but the pro-Iran PMU integrating into Iraqi armed forces leave some Iraqi leaders uneasy. 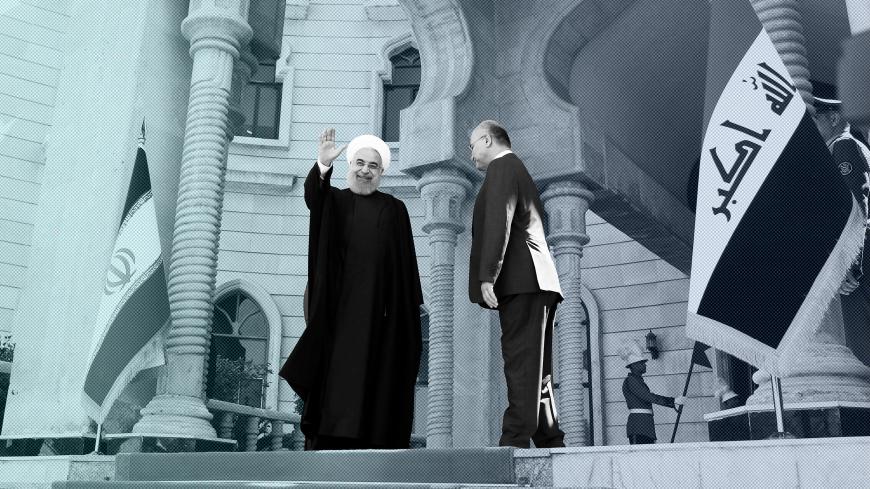 Iraqi Prime Minister Adel Abdul Mahdi issued a decree July 1 obliging the overwhelmingly pro-Iran Popular Mobilization Units (PMU) to fully integrate into the Iraqi armed forces. The move came amid growing concerns among Iraqi leaders that their country might turn into a battleground between Iran and the United States.

Referring to the increasing tensions between Tehran and Washington, Iraqi President Barham Salih said June 26 that his country is not willing to be dragged into a new conflict in the region. “We have had four decades of challenge and turmoil. We do not want to be embroiled in another war,” Salih said.

Meanwhile, US officials have accused Iran of being responsible for a rocket attack on an area close to the American Embassy in Baghdad and of using Iraqi soil to conduct drone attacks against a Saudi Arabian oil pipeline in May.

Against this backdrop, Abdul Mahdi’s decision on the PMU was interpreted by some media and experts as a step toward limiting the influence of Iran and its allied groups in Iraq. However, this is not how the move and relations with Baghdad in general are seen in Tehran.

Indeed, the fragmented and noncentralized nature of the PMU is believed to be one of the main factors enabling Iran to maintain its influence in Iraq by actively supporting the more pro-Iranian factions of the organization, like Harakat Hezbollah al-Nujaba or Asaib Ahl al-Haq. As such, uniting all those factions under a formal umbrella would restrict Tehran’s ability to maneuver between them to preserve its interests in the neighboring country.

However, as the United States has doubled down on its efforts to restrain the role of pro-Iran groups in Iraq through moves such as designating them as terrorist organizations, there was a fear they might be eventually weakened as a result of American pressures. In this vein, integrating those groups into the Iraqi armed forces would make it harder for Washington to target them directly without the risk of undermining Iraq’s overall military and security apparatus.

Moreover, the general understanding in Iran is that Abdul Mahdi’s decree has more to do with recognizing the PMU as a legitimate part of the Iraqi armed forces than with trying to restrict its role. Conservative political analyst Saadollah Zarei believes the decree would give the PMU an “independent identity.”

“The [possible] merge of the PMU into the army’s structure would have created restrictions for the activities of the PMU. With the new decree issued by the Iraqi prime minister, we will witness a real mobilization in that country,” Zarei said in an interview with Tasnim News Agency.

Iran’s former Ambassador to Baghdad Hassan Danaeifard shares this view, saying Abdul Mahdi’s decree is in line with the “progressive path the PMU is going through.” According to him, the move would “enhance coordination and remove inconsistencies” among the PMU factions.

More importantly, as the Iraqi army used to be mostly dominated by Sunni commanders, the integration of the PMU while preserving its own chain of command would change the internal balance of the armed forces in favor of Shiites, which would, in turn, enhance Iran’s influence among them. Mostafa Najafi, a Middle East analyst at Tehran’s Tarbiat Modares University, believes the PMU’s integration would bring more religious orientations into the Iraqi military. “It would shift the Iraqi military away from being a classic and pan-Arab force,” Najafi told Al-Monitor.

Apart from the above-mentioned points, some other developments in Tehran-Baghdad relations could provide further proof that Iran’s influence in Iraq is not on a declining path.

On the same day that Abdul Mahdi’s decision on the PMU was announced, Iran’s military attache to Baghdad, Brig. Gen. Mostafa Moradian, met with newly appointed Iraqi Defense Minister Najah Hassan Ali al-Shammari. In the meeting, the Iraqi minister appreciated Iran’s role in fighting terrorism in Iraq, while calling for the deepening of defense and military cooperation between the two countries. It's also worth mentioning that shortly after the shooting down of an American drone by Iran’s Islamic Revolutionary Guard Corps in June, Deputy Commander of the Iraqi Army Tariq Abbas Ibrahim Abdulhussein called for enhanced cooperation with Iran in the area of air defense.

The economic aspect of relations between the two neighboring countries has recently witnessed some important developments as well. On July 2, it was announced that Iraq is about to unveil a special financial mechanism that will let the country continue importing gas and electricity from Iran despite US sanctions against the Islamic Republic. The move was seen in Iran as Washington’s failure to cut Iraq’s ties with Iran in the energy sphere within the framework of US President Donald Trump’s “maximum pressure” policy against Tehran.

Meanwhile, during a trilateral meeting of the Iranian, Iraqi and Syrian transportation officials in Tehran on July 1, it was announced that the construction of a railway connecting Shalamcheh border crossing in southwestern Iran to Basra in southern Iraq will begin in three months. The agreement to construct the railway was finalized during Iranian President Hassan Rouhani’s visit to Baghdad in March. Once materialized, the railway would link Iran’s transportation network to those of Iraq and Syria, providing Iran with land access to the Syrian coasts of the Mediterranean. It would also greatly contribute to expanding Iran’s trade ties with Iraq and Syria.

All these developments suggest that Iran’s influence in Iraq is not waning but is, in fact, taking a more formal and institutionalized shape. In this vein, while Iran is expected to maintain its close ties with the PMU factions even after their integration into the Iraqi armed forces, Tehran still sees developing ties with Baghdad as a crucial aspect of its strategy to diminish the negative economic and political effects of increasing American pressure.