Turkey's favorite TV cop returns, but not to Turkish channels

The renegade Behzat C was Turkey's favorite cop for half a decade. Now he's back, just not on Turkish TV. 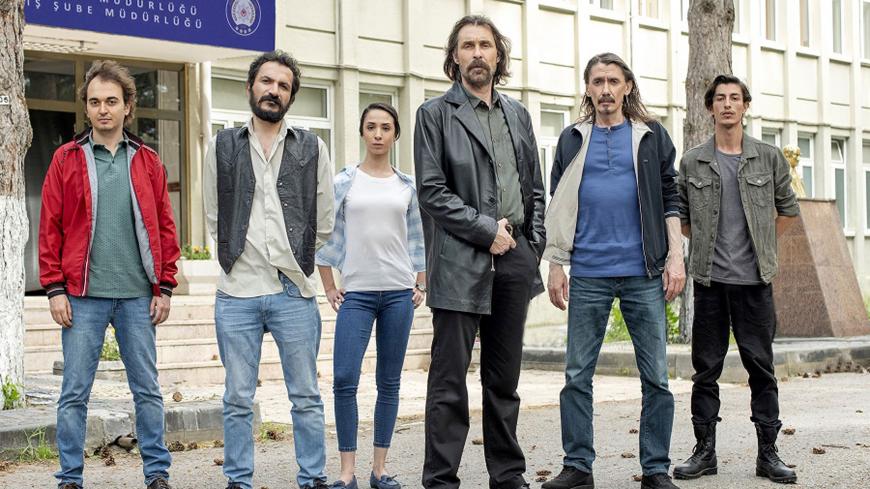 The popular Turkish series "Behzat C: An Ankara Detective Story" has been revived for a new season, slated to premier this month on the streaming site BluTV, with Netflix currently streaming the original three seasons.

Past episodes are fascinating to watch in light of the sweeping cultural and political changes that have taken place in Turkey over the past decade.

When "Behzat C" first aired in the fall of 2010, Turkey harbored a more optimistic atmosphere, fueled by recent years of economic growth and a positive global reputation as a model for the Middle East, as shortsighted as that may have been. The show ended in May 2013, just before the Gezi Park protests and the harsh crackdown that followed — the beginning of more than half a decade of political turmoil, encompassing terror attacks, a failed coup, widespread internal strife, the transformation of Turkey's political system, a deep economic recession and relentless political pressure on the media, academia and civil society.

"Behzat C" routinely showcased politically charged themes that are unlikely to be featured on today's mainstream television, which has been shaped by the authoritarian leadership of President Recep Tayyip Erdogan and his ruling Justice and Development Party (AKP). Episodes featured police violently suppressing workers’ strikes, residents of slum neighborhoods resisting the demolition of their homes and the murder of a university professor who specialized in minority issues (a nod to the 2007 assassination of Turkish-Armenian journalist Hrant Dink). Moreover, the show is rife with foul language, violence and copious drinking, which resulted in heavy state censoring during its original run.

“What even close observers of state-society relations often seem to forget is the importance of entertainment media in nation building, in articulating and disseminating a sense of community and how its 'good' and 'bad' members behave,” said Lisel Hintz, assistant professor of international relations at Johns Hopkins University.

“From this perspective, the increasing consolidation of media ownership linked to the AKP during its rule affects not just news but entertainment broadcasting as well,” Hintz told Al-Monitor.

It comes as no surprise that the show will not be relaunched on Turkish TV, but on BluTv, a Turkish version of Netflix. The service has produced critically acclaimed content, most notably "Sifir Bir," a gratuitously violent yet entertaining show about dueling street gangs in the southern city of Adana.

The eponymous character of "Behzat C" is a tall, lanky murder detective in Ankara's police department. He sports a mop of a haircut and has a penchant for slang and cursing. He spends his free time in taverns and shady nightclubs, and is not above drinking and driving, skirting official procedure or mercilessly beating suspects in custody. His file is thick with violations that should have resulted in his dismissal, but he is routinely protected by his superiors due to his crime-solving skills. Rough exterior notwithstanding, Behzat C has a lovable side and a soft heart. He is deeply loyal and caring to those close to him, even if it is difficult for him to show it.

"Behzat C" episodes run an average of 90 minutes when streamed without commercials, which is typical of Turkish TV shows. The extra time allows "Behzat C" to engage multiple plots and subplots that overlap across episodes. The show bears certain similarities to "The Wire," as both feature renegade cops struggling against the chain of command and its sordid motives. Behzat C is like McNulty in "The Wire." Both are talented, hard-drinking detectives, estranged from their families and with contempt for procedure.

“'Behzat C' is a cop show, and this genre has a history in Turkey," Feyza Akinerdem, a lecturer at Istanbul's Bogazici University, told Al-Monitor. "The heroes who save the citizens from criminals have been canonical to televised storytelling in Turkey. 'Behzat C,' on the other hand, has distinctive qualities, such as the blurring of the good-bad divide.”

“The rise of the villain is both sociological and political, I think," Akinerdem said. "It's about the audience getting bored of the good vs. bad opposition. Therefore it is about the history of televised narratives which respond to audience expectations. And it is also about post-truth as atmosphere. There are now no objective criteria to identify the good and the bad in the political arena as well. It depends on the way the political actors seek power by taking various complicated positions between good vs. bad.”

Though Behzat C is a complicated character, his nemesis, the sadistic businessman Ercument Cozer, is pure evil. The murder bureau also regularly finds itself at odds with sinister forces within the state. One of the more noteworthy episodes tackles how followers of controversial cleric Fethullah Gulen infiltrated the police force and judiciary and manipulated the institutions to take down their enemies. The sham trials that Gulen's men orchestrated had the blessing of Erdogan when they were launched. But ties were later severed amid an extended and dramatic power struggle that reached its pinnacle with the 2016 failed military coup, which Turkey blames on Gulen and his group.

In one episode, superiors prevent Behzat C and his squad from completing an investigation into the murder of a retired military officer whose killing was made to look like a suicide. Meanwhile, a journalist who had been interviewing the military officer for a series of articles is arrested. The show's creator, Emrah Serbes, (who is now in prison for a car accident that resulted in the deaths of three people) acknowledged that the episode addressed the Gulenists' influence in Turkey, adding that the jailing of the journalist occurred around the same time as the arrest of Ahmet Sik, an opposition parliamentarian and former investigative journalist who spent a year behind bars for his book, “The Imam's Army,” which detailed how the Gulenists wriggled their way into Turkey's security forces.

A recent trailer shows that the new season of "Behzat C" will not shy away from addressing Turkey's political issues. In the clip, a main character, Hayalet, has been booted from the police force due to his alleged affiliation with a leftist group. Following the failed coup of 2016, thousands of people were dismissed from their jobs in state institutions on similar grounds. While Behzat C angrily growls that it is impossible his right-hand man had anything to do with a leftist group, Hayalet solemnly replies, “Geography is the fate of man.” Words of wisdom surely shared by many living in today's Turkey.