The election of a woman as head of the al-Judeida village council in the West Bank governorate of Jenin shed light on the inequalities between genders in leadership positions in Palestine. 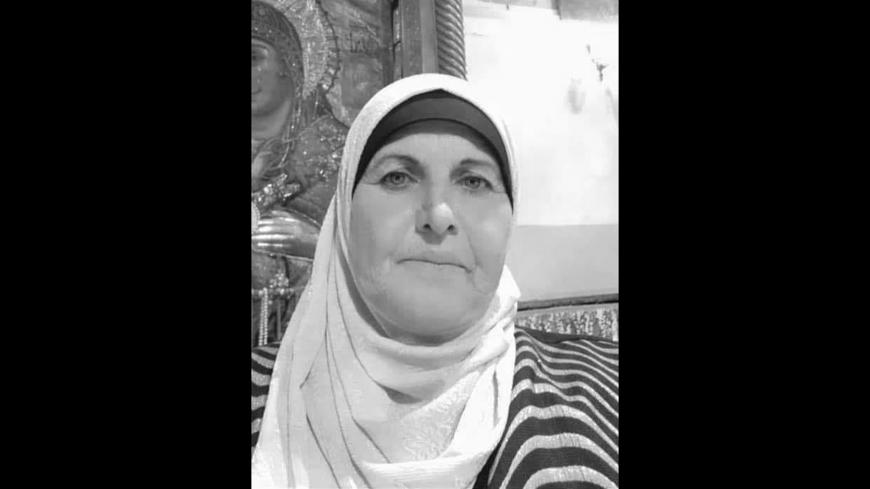 GAZA CITY, Gaza Strip — For the first time in Jenin governorate, in the northern West Bank, a woman was elected June 25 to preside over the village council of al-Judeida. The council’s 11 members chose social activist Kifaya Zakzouk to head the council during elections held under the supervision of the directorate of the Ministry of Local Government in Jenin governorate.

Zakzouk, 50, who was elected by residents in 2017 as a member of the village council, told Al-Monitor, “My victory in these elections is a historic event that breaks men’s monopolization of the local council leadership in Jenin. No woman has ever occupied this position in the [Jenin] governorate.”

She said that her victory proves that “Palestinian women are challenging norms and traditions confining them to the household and that they can work in different fields and handle leadership positions.” She underlined that she will not waste this opportunity to prove the competence of Palestinian women in handling high-ranking positions and changing their society. She noted that she plans to undertake several development projects in the village.

Local and village councils, also known as municipalities, are a form of self-rule bodies in Palestinian cities and villages. The councils’ role is to build streets, manage water and power distribution to houses, oversee sewage networks, in addition to establishing public markets, gardens and parks, contributing to service projects such as public hospitals and schools and cleaning the town, as well as organizing construction works.

Zakzouk added, “I have plans to establish new schools in the village. There are only three schools now which is not enough to meet all villagers’ educational needs. I also want to build an agricultural road as the village has none. I would like to establish a medical laboratory to serve the residents and a women’s center to help them become pioneers in their community and empower them economically.”

Ragheb Abu Diak, director general of the Ministry of Local Government in Jenin, told Al-Monitor, “Choosing Zakzouk to preside over the village council of al-Judeida is part of the endeavors to grant women their right to share leadership and decision-making positions with men. Women have been increasingly participating in Palestinian local council elections, and voting for a woman to head the council indicates society’s faith in women’s ability to cause change and compete with men at this level.”

Bassem Hudeida, expert on elections and local governance and former director general of the Ministry of Local Government, told Al-Monitor, “Palestinian local councils include 820 female members as opposed to 3,300 men.”

Hudeida noted that female and male members in local councils have equal rights and privileges. They equally have the right to vote and run in the elections for the head of the council, and examine all documents and data of the local council. He said that Palestinian women in the West Bank and Gaza Strip constitute around 1.2 million voters in the voters’ register, i.e., 49% of voters. Therefore, women influence the course and results of any electoral process in the Palestinian territories.

Yusra Badwan, 27, was elected as the first woman in the position of head of the municipal council of Azoun village in the east of Qalqilya, in the northern West Bank. Less than six months later, two-thirds of the council members, all of whom were men, withdrew confidence and chose another male head.

Badwan told Al-Monitor that she experienced a male coup against her to strip her of her position, which she had earned through democratic elections. They claimed she was not competent to occupy the position. She said, “I ran for the municipal council elections of Azoun to break men’s historical monopoly of this position in the village and because I wanted to instill positive change for the sake of the people. But ever since I won and began my work as municipality head, I was being impeded from achieving anything.”

Although Badwan was in charge for only a short while, she managed to accomplish some achievements, mainly conducting a wide-scale cleaning campaign in her village that suffered from garbage piling up, and she expanded the health clinic and schools in the village to cater to a wider group of the villagers.

Badwan concluded, “The prevalence of tribal norms and patriarchy in our community are the main obstacles stopping women from achieving their goals. Women must challenge traditions that stand in the way of their occupying leadership positions in Palestinian society.”