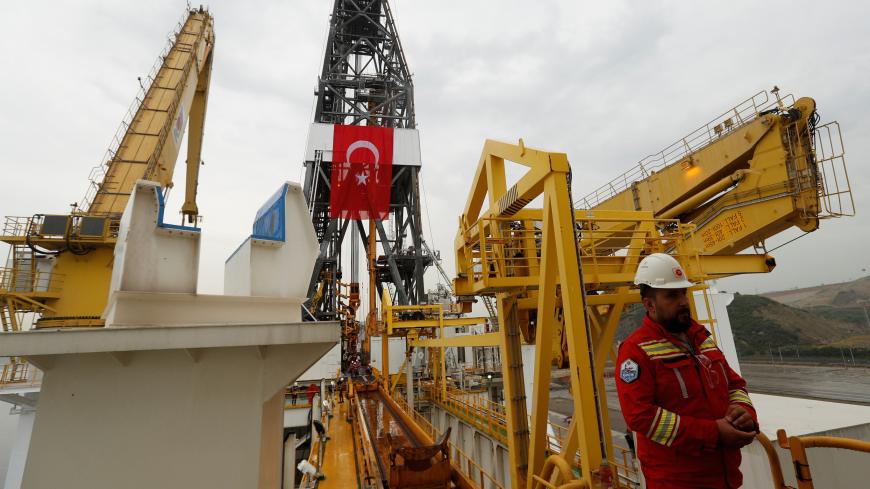 In the latest escalation over Turkey’s gas drilling activities within disputed offshore territories near Cyprus, EU foreign ministers imposed an initial round of punitive measures on Ankara on Monday evening. The move follows months of increasing tensions, in which the Republic of Cyprus issued arrest warrants for crewmembers aboard Turkish gas exploration ships and Ankara responded by deploying a third ship, expanding its energy development operations off the island’s shores.

The measures include the suspension of high-level diplomatic contact between the EU and Turkey, as well as negotiations on the Comprehensive Air Transport Agreement, which regulates regional commercial flights, and a reduction of pre-EU accession financial aid for Turkey in 2020. EU ministers also prompted the European Investment Bank to review its lending programs in Turkey, which totaled $434 million in 2018.

“The council deplores that, despite the European Union’s repeated calls to cease its illegal activities in the eastern Mediterranean, Turkey continued its drilling operations west of Cyprus and launched a second drilling operation northeast of Cyprus within Cypriot territorial waters,” the foreign ministers said in a statement after passing the measures on Monday.

Markets did not initially respond to the EU measures, and the Turkish lira traded at a steady 5.70 per US dollar throughout the day.

The developments underline growing discord between Turkey and its Western allies on multiple fronts. Ankara faces a separate set of sanctions for its acquisition of Russian S-400 missiles, and its continued gas drilling activities near Cyprus have thrown long-stalled reunification talks on the island into question, disrupting a delicate geopolitical balance in a region where neighboring states are vying to develop yet untapped energy resources.

Responding to the EU measures, Turkish Foreign Minister Mevlut Cavusoglu said he was unfazed by the funding cuts and that Turkey would continue its activities near Cyprus by sending a fourth ship to the Eastern Mediterranean.

“There is no need to take [the measures] very seriously,” Cavusoglu said on Tuesday.

He added, “We have three ships there, God willing we will send a fourth ship to the Eastern Mediterranean as soon as possible. Let them understand that they cannot deal with Turkey with such methods.”

Cavusoglu’s sentiments reflect those set forth in a Foreign Ministry statement over the weekend, in which he said Turkey would continue drilling activities until the Republic of Cyprus accepts a cooperation proposal to share hydrocarbon resources with Turkish Cypriots, who inhabit a third of the island in a breakaway republic recognized solely by Ankara. Turkish Cypriots are barred from receiving energy revenues from gas fields in the Republic of Cyprus’ Exclusive Economic Zone.

“If Turkey understands the Republic of Cyprus and the EU's stance as an escalation, then it can be expected that Turkey may also choose to escalate the situation,” Harry Tzimitras, director of the Peace Research Institute Oslo Cyprus Centre, told Al-Monitor.

As nations in the Eastern Mediterranean develop recently discovered offshore gas fields in the region that may one day supply both regional and export markets, officials in Ankara have repeated their frustrations over what they perceive as Turkey’s exclusion from the growing energy hub. Such discontent has translated into the increased presence of Turkish drilling ships near Cyprus, which Ankara says are rightfully exploring energy resources that belong to Turkish Cypriots.

Meanwhile, state leaders in the Republic of Cyprus have maintained that discussions of energy cooperation and revenue sharing on the island can only begin after a comprehensive reunification settlement. To date, such a settlement has proven elusive and the island remains divided among ethnic lines since an occupation by the Turkish armed forces in 1974.

“A very pragmatic position would be that negotiations need to restart now,” Tzimitras told Al-Monitor, adding they could facilitate “de-escalation and a platform for the two sides on the island to discuss their positions,” which could be expanded to energy cooperation issues, as well as Turkey’s ongoing drilling activities.

Yet the increased tensions come as US lawmakers voted to lift an arms embargo on Cyprus last week and the EU measures may dissuade officials in Ankara from engaging in multilateral discussions.

“We don’t know what’s going to happen,” Erol Kaymak, a professor of political science and international relations at Eastern Mediterranean University in Northern Cyprus, told Al-Monitor. “This is a game of brinkmanship, a game of chicken with Turkey saying, ‘I can stand whatever sanctions you send my way, but I’m going to keep on drilling and you can’t stop me.’ And then the question is who will blink first.”