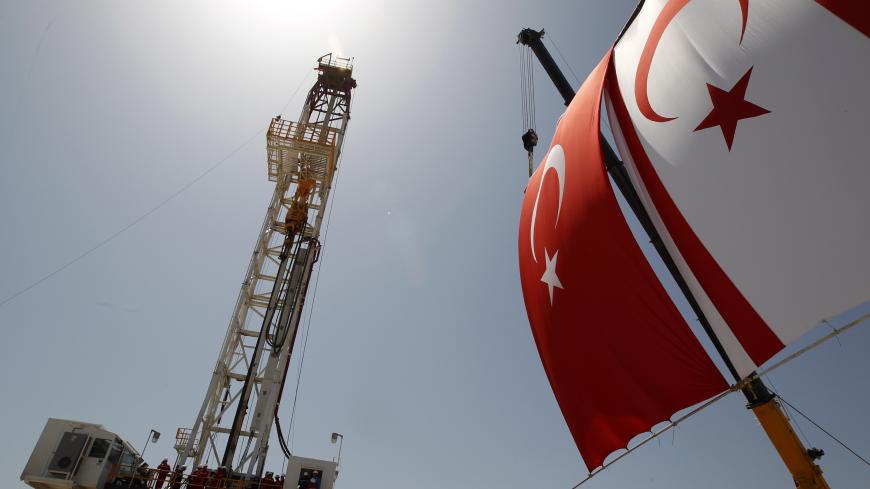 Tensions are escalating between Greek Cypriots and Ankara after international arrest warrants were issued for crewmembers aboard a Turkish drilling ship in disputed waters off the coast of Cyprus.

On Monday, authorities in Greek Cyprus sought the arrest of 25 individuals, including workers on Turkey’s Fatih drilling ship, which has been conducting gas exploration activities in territorial waters claimed by Cyprus, as well as several officials from companies working with the Turkish Petroleum Corporation. The rebuke to Turkey’s ongoing gas development projects in the eastern Mediterranean Sea, or EastMed, was condemned by officials in Ankara, who have vowed to move forward with energy exploration activities near Cyprus.

"We will continue our efforts to achieve regional peace by distributing the riches of Cyprus Island and the Mediterranean in a fair manner," said Turkish Energy and Natural Resources Minister Fatih Donmez on Tuesday, stating the territorial energy rights of Turkish Cypriots in Northern Cyprus were being violated. "Our extensive and long-term exploration and drilling activities in the region will resume as planned without making concessions to our legitimate rights on license areas."

The spat comes as officials in the United States and Israel have increased cooperation with Greek Cypriots to develop energy resources in the EastMed, which is believed to hold enough gas to meet regional needs and potentially serve as an alternative energy source for European markets, which largely rely on Russian gas imports. Despite repeated appeals for Turkey to stop its “provocative” gas exploration activities near Cyprus, officials in Ankara are pressing ahead, risking a wider confrontation with not just Greek Cypriots but also regional stakeholders, which include the United States.

According to Harry Tzimitras, the director of the Peace Research Institute Oslo's Cyprus center, officials in Ankara have expressed determination in developing energy resources in the Eastern Mediterranean and will likely increase their activities by dispatching the Yavuz drilling ship to Cyprus' territorial waters in the near future.

“It has less to do with the possibility of actually being successful at finding natural resources and drilling; it’s the projection of a power posture in the whole region, wishing to give a message to the broader Western security architecture, NATO, the US and relations with the European Union that Turkey is an indispensable partner in the region and you cannot really plan without it,” Tzimitras told Al-Monitor. “Otherwise, you’ll have consequences.”

The tensions stem from the 1974 occupation of northern Cyprus by Turkish troops deployed to quell ethnic tensions between Greek and Turkish Cypriots and have remained stationed on the divided island ever since. Turkey is alone in recognizing the sovereignty of the Turkish Republic of Northern Cyprus, which it claims deserves a share of the profits from energy resources in Cyprus’ territorial waters. Greek Cypriot authorities have refused to negotiate energy dividends until an elusive settlement is reached by Greek and Turkish Cypriots, both of whom claim rights to the island and its resources.

According to Erol Kaymak, a professor of political science and international relations at Eastern Mediterranean University in Northern Cyprus, the long-running territorial dispute has been exacerbated by the lack of negotiation avenues between Greek Cypriots and Turkish officials.

Due to the stalemate, plans to export EastMed gas to Europe have instead centered on a costly pipeline running from Israel to Cyprus and then Greece, circumventing Turkey and denying both Ankara and Turkish Cypriots of lucrative energy transit revenue.

Peace negotiations have been further complicated by increased US involvement in what is being called the EastMed energy hub. In April, US Senators Bob Menendez and Marco Rubio introduced the Eastern Mediterranean Security and Partnership Act, which has since received wider backing in Washington, DC, and was reintroduced by a coalition of US lawmakers. The act would “deepen energy security cooperation among Greece, Cyprus and Israel and … encourage the private sector to make investments in energy infrastructure in the Eastern Mediterranean region” as well as lift an arms embargo on Cyprus put in place in 1987 to prevent an arms race on the island.

While such legislation could be viewed as incendiary by officials in Ankara, George Perdikis, a member of the House of Representatives with the Cyprus Green Party said the moves are part of a broader effort to bolster US-Cyprus relations.

Still, ongoing tensions between Turkey and Cyprus over gas drilling, viewed with disagreements between Turkey and its NATO allies over the purchase of Russian S-400 missiles and diverging interests in Syria, could easily create a domino effect scenario in which one misstep could impact an array of political dynamics in the Eastern Mediterranean.

“Turkey and the US are on course for some sort of divorce, amicable or otherwise,” Kaymak told Al-Monitor. “Instead of Cyprus being demilitarized through a settlement or something of that nature, the sovereign base areas, the bases retained by the Brits, will be strategically upgraded in a number of ways.”

“It’s conceivable that the US and Israel, who for years have been close to Turkey, are now conceiving that the Greek Cypriots are of utility,” Kaymak added.