Universities in Egypt are required to send their staff members seeking promotions to attend training sessions at the Nasser Higher Military Academy, raising controversy over the growing role and influence of the army in the country. 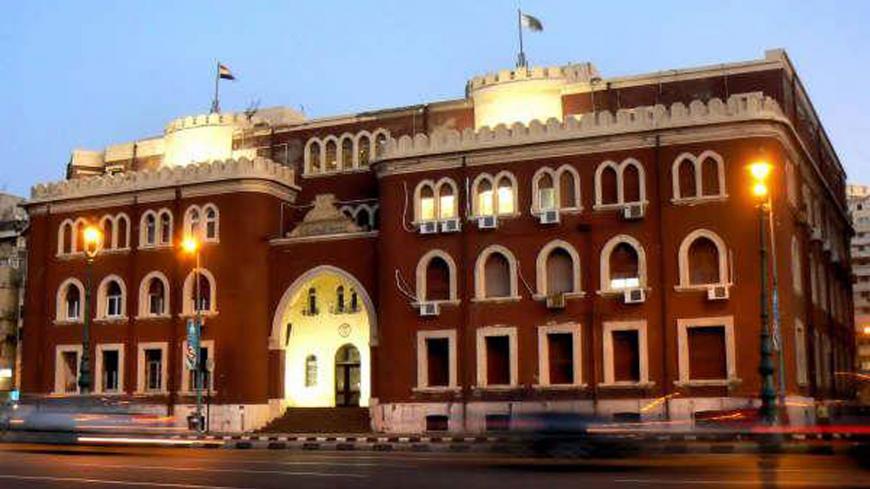 A view of Alexandria University in Alexandria, Egypt, seen in an image uploaded Aug. 23, 2017. - Facebook/AU.AlexU.Edu.Eg

CAIRO — The Egyptian government is organizing training sessions for second- and third-rank university professors, administrators and employees to train them in leadership and organizational skills at Nasser Higher Military Academy, under the supervision of sociology professors and military generals.

A staff member at the University of Alexandria, who is scheduled to attend the session later this year, told Al-Monitor on condition of anonymity that the university is giving time off to attend the free sessions, specifically aimed at young staff members.

He told Al-Monitor over the phone that the training session is called “Strategic Studies and National Security,” noting that it will take place each Friday for four hours, over a period of three months.

The sessions seek to unify the vision of staff members and employees regarding national security concepts. Each university employee seeking to get promoted to a higher level administrative position at the university is required to attend these sessions, according to the source.

He said that the program includes lectures on the role of the armed forces on the political, economic and social levels, in addition to their relationship with the civil police force. Other topics include strategic planning and crisis management, the Arab Spring revolutions, challenges and threats facing Egyptian national security, historical development of civil society organizations and Western plans to divide the Middle East.

A high-ranking government source told Al-Monitor on condition of anonymity that the strategic studies and national security sessions are taught by members and professors of the Nasser Higher Military Academy.

The government source said that the Egyptian government is providing these training sessions at different universities in collaboration with the academy. The training is part of the government’s plan to educate employees on national security issues in order to manage crises by training them in leadership and negotiation skills during training workshops in crisis management.

Attendance is mandatory and the training sessions are organized periodically for employees who are up for a promotion.

On July 17, the University of Alexandria discussed the issue of administrative development and training of second- and third-rank university staff. The university’s Council of Community Service and Environmental Development, led by Alaa Ramadan, participated in the discussions and agreed to hold the training.

The government source said that sociology professors who are known for their loyalty to the ruling political system, their close ties with army generals and their support for the military ideology and its leadership methods give lectures during these sessions.

The source added that former and current military generals will train participants eligible for leadership positions and promotions at Egyptian universities.

The Nasser Higher Military Academy, a military academy that was established by presidential decree in January 1965, and inaugurated in early March that year by President Gamal Abdul Nasser, offers training to civilians across various government sectors and military officers.

According to its official website, the academy “rehabilitates and develops skills and competencies of prominent civil servants across all government sectors to occupy leadership positions. Many university professors and administrative officers in several ministries and heads of key sectors in Egypt must undergo this training session as a requirement for promotion and for taking up higher positions.”

Said Sadek, political sociology professor at the American University of Cairo, told Al-Monitor that forcing university professors and administrative officers to attend these sessions clearly reveals the extent of encroachment of the military institution in Egypt on the education system.

Sadek said that the military institution has had its eyes on the education sector for a while.

The Third Field Army announced in July 2016 the establishment of Badr International Schools in Suez, where education expenses reach 32,000 Egyptian pounds ($1,925) per year. The schools are open for civilians, but the army owns them.

He noted that the army’s increased interference in university education institutions has reached Cairo University that signed a contract with the armed forces to oversee the kitchens and food services at the university dorms.

Sadek added that the cooperation protocol, signed between the universities and the military academy, has brought back to mind practices during Nasser’s days, such as the inauguration of the Youths Organization and the Vanguard Group that aimed at recruiting leaders and high-ranking employees from all government sectors. These groups were dismantled following the end of Nasser’s rule on Sept. 28, 1970.

Ammar Ali Hassan, professor of political science at Cairo University, said that the training sessions, which aim to militarize university education, are linked to the government’s attempts to employ youths in the various state sectors. The military command has launched several programs to recruit young people, mainly the National Training Academy and the Presidential Leadership Program. The latter aims at establishing a base of competent youths capable of handling social, administrative and political responsibility in the government, according to the program’s official website.

Hassan told Al-Monitor that the training sessions aim at seeping into university teaching to establish a group of loyalists for the Egyptian military system and for its security and police perspective. This perspective does not acknowledge democracy and conflicts with modern administrative systems that are based on the principle of devolution, which Egyptian military ideology does not believe in.