Al-Monitor contributor Bijan Khajehpour said at an Al-Monitor event in Washington today that the Donald Trump administration’s “maximum pressure” campaign has not succeeded in crippling the country's economy. 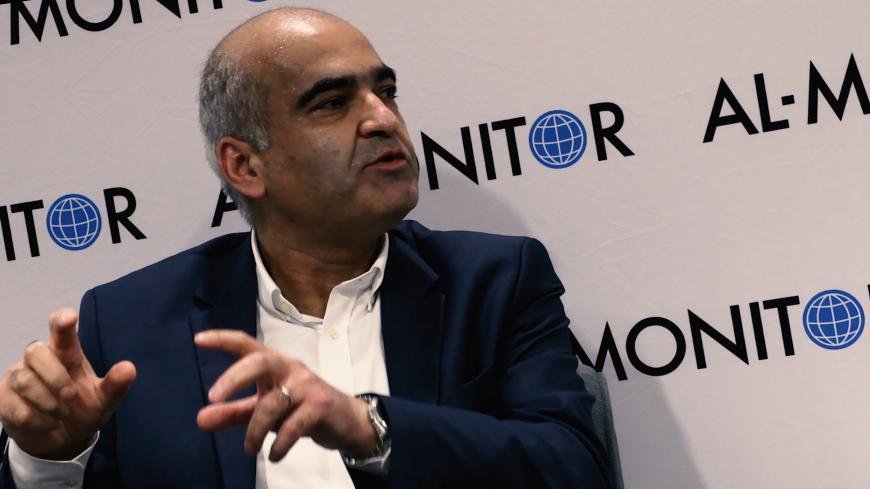 The Donald Trump administration insisted today that ratcheted up financial and diplomatic pressure has cut into Iran’s profit margins amid the downing of an American drone in the Strait of Hormuz.

But though top US officials have asserted that the "maximum pressure" campaign seeks to halt Tehran-backed proxies and bring the Islamic Republic to the table for fresh talks, an expert said the American effort could backfire, failing to cripple Iran’s economy and turning the population against the United States.

“If the core question is will this maximum pressure campaign lead to an economic collapse in Iran, I can tell you from an economic point of view, no,” Bijan Khajehpour, a Vienna-based economist and managing partner at Eurasian Nexus Partners, said at an Al-Monitor Middle East Mornings breakfast today. “This situation is not leading to society as a whole questioning the Iranian government. It’s leading to the society as a whole distrusting the Americans more than before.”

“The sanctions have effects, but they are not necessarily effective,” Khajehpour added.

The comments came as US tensions with Iran appeared to ramp up overnight, when the Pentagon said Iranian forces shot down an American surveillance drone in international airspace. In a statement, US Central Command spokesman Capt. Bill Urban called the move an “unprovoked attack” on American assets.

Khajehpour said oil contributes about 15-20% of Iran’s economy, but other woes, such as high youth unemployment, high government control and a weak business environment, predate US pressure. American sanctions, he said, help to mask public anger over Tehran’s economic mismanagement.

The short-term impact of American sanctions, Khajehpour said, will weaken Iran’s ability to produce and export oil, but eventually could lead Tehran to invest in so-called “mini-refineries” with the help of Russia and China.

As a result of the Trump administration’s withdrawal from the Joint Comprehensive Plan of Action (JCPOA) and talks with North Korea, Iran has learned that Trump seeks a “photo opportunity” from negotiations, and advocates of pressure on the regime, such as national security adviser John Bolton, are “very difficult” to deal with, Khajehpour said.

To set the conditions for a new deal, the economist said, the United States must be able to show lenience to Tehran.

“They have to save face and they have to be able to come to the table with dignity,” Khajehpour said. “President [Hassan] Rouhani has been saying that almost every single week. If you are serious, rejoin the JCPOA, and then we will talk.”

by Murielle KASPRZAK and Joseph SCHMID | AFP | May 26, 2022
END_OF_DOCUMENT_TOKEN_TO_BE_REPLACED