Will Syrian voters be kingmakers in Istanbul's mayoral election?

Though small in number, the votes of naturalized Syrians in Turkey could be decisive in the rerun election to select the new mayor of Istanbul, the city with the largest Syrian population outside Syria. 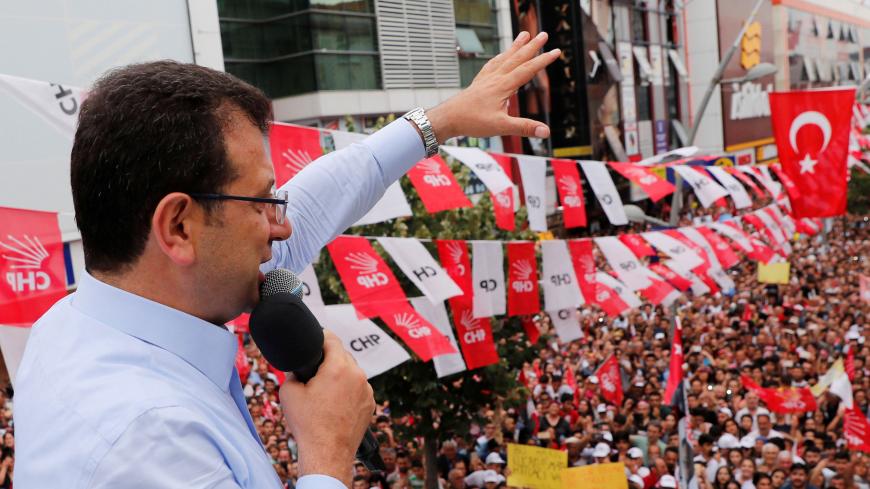 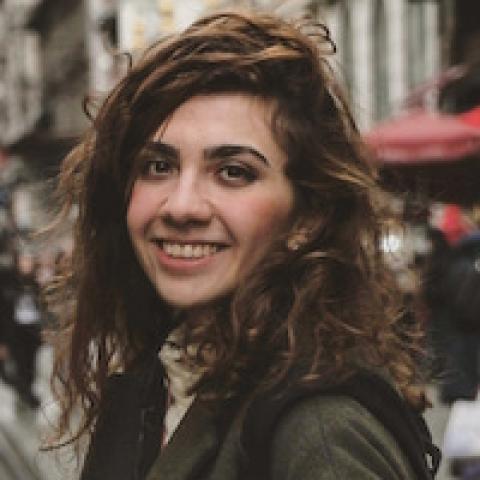 Syrians have traditionally not been troubled with the stress some voters have experienced surrounding elections, but that has changed for some of those displaced by their country's ongoing civil war.

Every Syrian recalls being told about the “pledge of allegiance” by members of the generation who lived under President Hafez al-Assad: They simply walked into a polling station and handed their ID card to a poll worker who would conveniently fill out the single-option ballot for them and drop it into the ballot box. Ever the young, modern reformer, Hafez's son, President Bashar al-Assad, introduced the multiple-choice ballot that resulted in his winning 98% of the vote.

In Syria, mayors are appointed by the president, but on June 23, some Syrians will for the first time vote to select their mayor, albeit not in Syria.

Eight years into the civil war that has torn Syria apart, one can no longer view the nearly 4 million Syrians who fled to neighboring Turkey as temporary “guests.” Thousands of them are now eligible to vote in Turkey and will do so in the controversial rerun election to select the mayor of Istanbul, the city with the largest Syrian population outside of Syria.

Some 75,000 Syrians — around 2% of the nearly 4 million of them in Turkey — are now naturalized citizens. Though small in number, their votes could be decisive in the selection of Ekrem Imamoglu of the Republican People’s Party (CHP) or Binali Yildirim of the Justice and Development Party (AKP) as the mayor of Turkey's largest city.

In the initial result of the mayoral competition, held March 31, Imamoglu emerged ahead by fewer than 25,000 votes and was officially declared the winner. Stunned, the AKP of President Recep Tayyip Erdogan challenged the result, and the Supreme Election Board ultimately ordered a rerun election.

Concerned about possible low voter turnout, the AKP recently called Syrian community leaders to a meeting with officials at its headquarters in Istanbul’s Sutluce district, ostensibly to encourage Syrians to exercise their right to vote. Nescafé and cakes were served.

Some of those who attended expressed a range of emotions to Al-Monitor. Some were appreciative of the overture while others felt uncomfortable about it. The officials offered to give volunteers the names of 9,591 naturalized Syrians on the voter rolls so they could contact them individually from a phone bank conveniently provided by the party.

Yasin Aktay, a senior adviser to Erdogan, told Al-Monitor that the AKP maintains good relations with the Syrian community. “Those who now have citizenship have the right to vote for whoever they want," Aktay said. While outreach by the CHP to Syrians has been practically non-existent, the AKP has Arabic-speaking canvassers.

The AKP has long presented itself as a champion of the Syrian refugees, a relatively easy task when faced with an opposition that has availed itself of nationalist, anti-Syrian rhetoric to try to win over Turkish voters. For the municipal elections in May, the CHP, which has been hostile toward Syrian refugees from the start, allied with the right-wing Good Party, which in neighborhoods with concentrations of Syrians hung banners that read, “We will not surrender Istanbul to the Syrians.”

As the Turkish public's sentiment shifted in favor of sending refugees back to Syria, the AKP transitioned from talk of integration to promises that plans are in the works for their repatriation.

“[As a candidate, Binali Yildirim] has taken a much harsher tone, especially when it comes to Syrians who commit crimes, saying that they will be immediately deported,” said Omar Kadkoy, a Syrian political analyst with TEPAV, the Economic Policy Research Foundation of Turkey.

Turkish law allows residents of any nationality to apply for Turkish citizenship after five years of holding a work permit. According to the government’s own statistics, less than 1% of Syrians have received work permits.

Refugee affairs have always been centrally controlled from Ankara by the Migration Directorate, and the AKP during its 15-year grip on power in Istanbul has acquiesced to that arrangement. Imamoglu, however, is threatening to shake things up by breaking with that approach and with CHP orthodoxy and introducing new approaches toward the city's Syrian population, including establishing a municipal institution able to act quickly to address local tensions and issues in districts with large numbers of Syrians, and greater integration with the international humanitarian response, which has focused disproportionately on Syrians living in state-run camps, instead of the 96% of Syrians who live in Turkey’s urban centers.

“Every political party plays the Syrian card,” said Zaid Atassi, a Syrian civil engineering student at Bogazici University who was naturalized as a Turkish citizen late last year. “I don’t count on the election propaganda. I know it’s just for getting votes.”

Atassi thinks the controversial decision to rerun the Istanbul election is not a bad thing, because it’s an opportunity to discuss the issues. “I’m not a big supporter of Binali, but I’m in favor of giving the AKP a chance to continue the projects they planned for Istanbul,” he said.

As young Syrians are now being brought into the fold of the Turkish political landscape, and as Turks, they are now not only considering personal issues, but Turkish politics as well. Rawana Yagan, a naturalized Syrian Turk who studies engineering at Koc University, said she’s going to vote for mayor based on her values. “In my opinion, the party that's got the better project for the country is the one that’s going to have my vote,” she said.

According to Kadkoy, the sense of a quid pro quo is common among Syrians, who may feel that they have an “ethical commitment” to vote for the party that has supported them in the past. Kadkoy asserted, “I think that we would find different political leanings connected to their experiences in Syria and about how they feel about bringing changes to mainstream politics in Turkey,” Kadkoy told Al-Monitor.

Yagan, who took a Turkish surname after she became a citizen, believes that Syrians have a duty to vote if they can. “It’s our country now, too," she said, "and voting will definitely make a difference."