Turkey is unlikely to be swayed from buying Russian S-400 missile defense systems, even if some European countries continue their defense of Turkish air space. 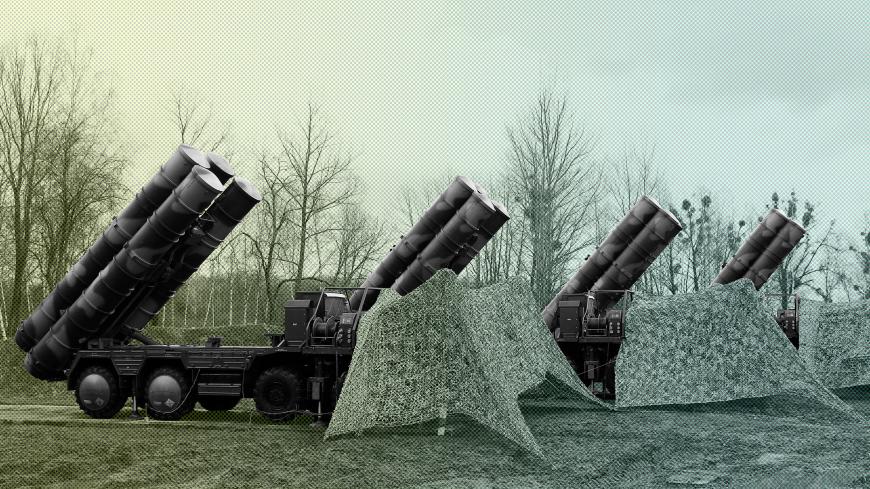 A view shows a new S-400 Triumph surface-to-air missile system after its deployment at a military base, Gvardeysk, Russia, March 11, 2019. - REUTERS/Vitaly Nevar

Ankara's move to purchase the Russian-made S-400 missile defense system has been wreaking havoc on its ties with Washington and will also affect its defense relations with European countries, particularly concerning the fate of Italian and Spanish batteries deployed in Turkey.

Turkey’s need for medium-range air defense systems has risen seriously with increased missile and rocket firings by Syria since 2014. In 2013, NATO had deployed Patriot air defense systems of the United States, Germany and the Netherlands close to the Turkey-Syria border to defend Turkish air space.

However, all three countries withdrew their batteries two years later, saying there was no missile threat from the Syrian side and the systems needed to be updated.

Italy and Spain, meanwhile, are still committed to defending Turkish air space and are keeping their systems in Turkey. Since July 2016, Italy has had its SAMP/T surface-to-air missile platform batteries in Turkey’s southern province of Kahramanmaras, and Spain has deployed its Patriot batteries in the southern province of Adana since June 2015. A few weeks ago, Ankara asked NATO to extend the missions of Italian and Spanish batteries, saying they are still needed given the uncertainties in the region.

Responding to Turkey’s request, Spanish Ambassador in Ankara Juan Gonzales-Barba said, “We are in the decision-making process of extending the mission of the Patriot system for six months.”

The statement suggests that even if Turkey receives the Russian S-400s in July as expected, Madrid will maintain its Patriot systems as part of a NATO mission. What's not yet known is whether Italy will do the same with its SAMP/T batteries.

Turkey had already launched the Enhanced Long-Range Area Air and Missile Defense System (GUMS) project in 2016 to meet the military’s needs through an indigenous system. Ankara is keen to manufacture GUMS in a joint effort with Eurosam, a French-Italian consortium.

Ankara had made an initial deal with Eurosam in 2017 to develop Turkey’s indigenous air defense systems and signed an agreement in early 2018 on an 18-month project aiming to prepare the development and production contract for GUMS. The work plan of the proposed system — a more developed version of Eurosam’s current SAMP/T air defense systems — is set to be finalized at the end of this year.

In January 2019, Aselsan, Roketsan and the Tubitak Sage business partnership signed an agreement with Turkey's procurement agency, the Presidency of Defense Industries, for the GUMS project. Aselsan (electronics) and Roketsan (missiles) are Turkish companies working under the Turkish Armed Forces Foundation. Sage, a defense specialist, is part of Turkey’s agency for scientific research. Aselsan said the first deliveries should be completed in 2021.

Ankara, while developing its national HISAR project, also wants to obtain French and Italian support by transferring technology from Eurosam to complete the GUMS project.

It's interesting to note that if Russian S-400s do come to Turkey in July, the world’s top medium-range air and ballistic missiles systems — Patriots, SAMP/T and S-400s — will all be fully operational to guard Turkish air space and borders with Syria and in the eastern Mediterranean.

Could the GUMS program encourage Turkey to give up its procurement of the S-400? According to a senior security bureaucrat who didn’t want to be identified, that wouldn't be easy.

“If all goes well with the GUMS program, Ankara would still need another four or five years. But Ankara has urgent requirements and Ankara must have the last word in defending Turkish air space,” the bureaucrat told Al-Monitor.

In that case, what if the Italian, Spanish and French systems were leased to Turkey and their full control remained with Turkish officers until GUMS is ready? Would Turkey then give up the S-400?

“That would solve the technical issues, and Turkey wouldn't technically need S-400s anymore,” the bureaucrat said, adding, “But Ankara’s procurement of S-400s hasn’t been a technical issue for the past two years. It's now purely a political process. Turkish decision-makers and most of the Turkish public see procurement of S-400s as a matter of sovereignty. This is my opinion. I am one of those who think that the S-400s will come to Turkey.”

So what's clear is that the efforts of Italy, Spain and France wouldn't be enough to stop Turkey from buying the S-400s. But these three countries may offer alternatives to Ankara to overcome the crisis. This will be decided by how firmly Rome, Madrid and Paris stand by Turkey after the S-400s arrive.