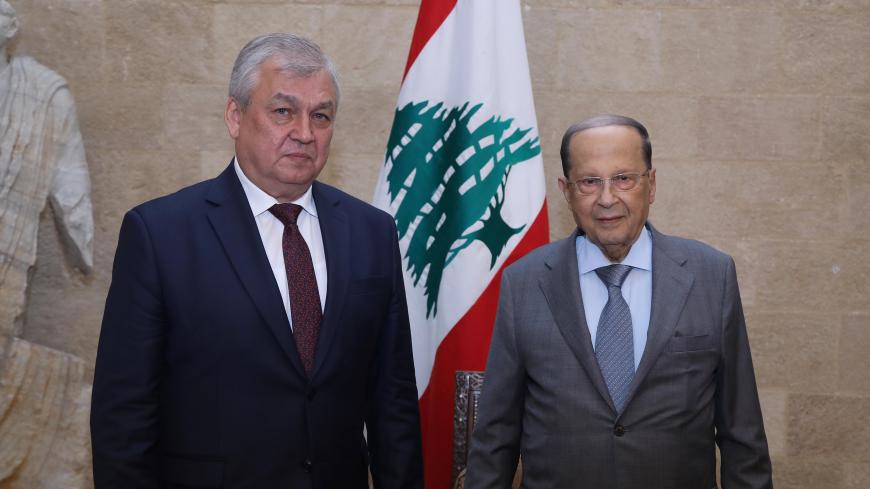 Last week, Alexander Lavrentiev, Russia’s special envoy to Syria, Deputy Foreign Minister Sergey Vershinin and Defense Ministry officials visited Baghdad, Beirut and Damascus. Formally, the trip can be considered the start of the preparatory stage for a new round of the Astana talks on Syria in the renamed Kazakh capital city of Nursultan. The talks are scheduled for late July and the Russian envoys invited Iraq and Lebanon to participate as observer states.

Moreover, the visit to the three Arab capitals set the stage for a summit taking place this week, June 24-25, in Jerusalem that brings together the security chiefs of Russia, the United States and Israel. The diplomats, at their meetings last week, made it clear to the other Astana parties, especially Damascus, that Moscow wouldn't be concluding any separate deals in Jerusalem with the United States or Israel concerning Iran and its presence in Syria.

The decision to invite Iraq and Lebanon to join the established format of the Astana talks was made public at talks held in April. Lavrentiev told the TASS news agency at that time that Russia and its partners had long pondered which states could be engaged in cooperating over the matter, and that not every state willing to join the Astana format met every criterion.

“Influence or money to rebuild Syria are not a criterion. The criterion is that these countries are Syria’s neighbors. They have common interests and very much common ground. There are quite a number of issues that can be addressed on the sidelines of the forum,” he said.

Lavrentiev didn't rule out that the observers, including Jordan, with the participation of Syria, could meet separately during the talks.

During the regional visit, Lavrentiev said Syria’s neighbors need to be engaged in the talks to promote political settlement, resolve the refugee problem and assist in postwar reconstruction. He said the leaders of Lebanon and Iraq promised to send delegations to Nursultan.

“They voiced their interest in continued Russian efforts to secure a Syrian settlement. The authorities have a very positive attitude toward Russia in both states. At the same time, as it was said at the talks, both Beirut and Baghdad would like to maintain partnerships with the United States and the West, but avoid any detrimental effect on their relations with Russia,” the diplomat said.

At this point, it seems Moscow will understand if the regional states engage in a dialogue with the West as well. The most important result of Lebanon's and Iraq's participation in the Astana process is that all of Syria's neighbors except Israel will be part of one negotiation format. That will give additional weight in the world arena to the decisions made in Nursultan and to Moscow in the diplomatic battle for Syria.

In Baghdad, the Russian interdepartmental delegation met with Iraqi Prime Minister Adel Abdul Mahdi, President Barham Salih, Foreign Minister Mohammed Ali al-Hakim and Chief of Staff Gen. Othman al-Ghanimi. In Lebanon, it negotiated with President Michel Aoun, Prime Minister Saad Hariri, parliament Speaker Nabih Berri and Foreign Minister Gebran Bassil. According to the Russian Foreign Ministry, the parties in both capitals focused on anti-terrorism issues, the regional situation — in particular the rising tension between the United States and Iran in the Gulf — and, most importantly, the situation in Syria.

At the meeting with Syrian President Bashar al-Assad in Damascus, the Russian delegation discussed the situation of the Idlib de-escalation zone, forming a constitutional committee and the country's humanitarian situation.

Lavrentiev and Vershinin’s visits to the region aren't new. Most often they precede the next round of Astana talks, which began in January 2017; April marked the 12th round. The diplomats only change the destinations, with Damascus being the only capital visited every time. During the trips, they sometimes avoid dealing with the press, but this time they were surprisingly communicative. In Beirut, Lavrentiev held a press conference and answered questions from Russian journalists. The return of Syrian refugees was a major item on the agenda.

In July, it will have been a year since Russia focused its efforts on that particular issue. According to the Russian Reconciliation Center for Syria, as of June 20, more than 268,700 refugees had returned home since July 18, 2018, including 91,300 from Lebanon and 177,300 from Jordan. Lavrentiev said Russia wants the return process to proceed more quickly.

In Beirut, the parties agreed to search for new ways to accelerate the voluntary and safe repatriation of Syrian refugees. However, as two diplomatic sources who spoke with Al-Monitor said, Moscow realizes that, despite all the talk, Damascus is reluctant to accept the refugees back. The sources spoke on condition of anonymity because they were not authorized to discuss the issue with the press.

Russia, however, will stay the course. It has officially declared that the entire international community, including Damascus, bears responsibility for helping with the refugees' return.

An RIA Novosti journalist asked Lavrentiev about the talks in Jerusalem, where Nikolay Patrushev, John Bolton and Meir Ben-Shabbat, the national security leaders of Russia, the United States, and Israel, respectively, are now convening. Many media outlets have reported that the United States and Israel are expected to propose a deal under which Moscow would agree to help curb Iran’s influence in Syria in return for US recognition of Assad as Syria's leader and lifting anti-Syrian sanctions.

“The media reports about the alleged work on a deal are, of course, not factually correct," Lavrentiev said June 19. "We can't make any deals. To an extent, we may raise the Iranian issue there, but we will not be negotiating any separate deals behind the backs of our allies." He added that the Jerusalem talks are to address the continued fight against terrorism in Syria and the region.

The day after that interview, Patrushev confirmed that the situation in Syria would top the agenda at the Jerusalem meeting. He also stressed that Russia still insists on bearing Iran’s interests in Syria in mind. “We will see the diverging interests of states. Russia will take Iran’s interests into account and put Israel and the United States in the picture,” he told the reporters. At the same time, Patrushev highlighted that he would not try to predict the results of the meeting.

Russian President Vladimir Putin's comment during a call-in TV program broadcast June 20 on all federal channels called attention to speculation about the deal. “What does 'the deal' mean? This is a kind of commercial activity. No, we do not trade in our allies, or our interests, or our principles.”