On the fifth anniversary of the fall of Mosul, people decry that no one has been held accountable for the tragedy. 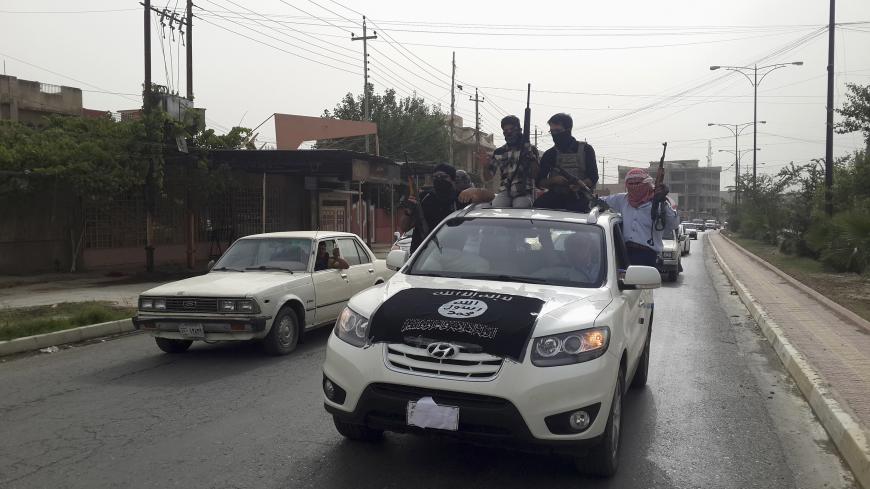 With much of it still in ruins amid struggles to restore its basic infrastructure, Mosul is marking the fifth anniversary of its dramatic fall to the Islamic State.

On June 11, Ayad Allawi, the head of Wataniya Alliance, called for a full investigation of the June 2014 fall of Mosul.

"Five years have passed since the fall of Mosul, and its wounds are still felt by Iraqis’ conscience and memory," said Hamdallah al-Rikabi, a spokesman for the bloc. "The consequences of that disaster are still visible. The people are still displaced and the infrastructure is destroyed, while people are suffering the loss of parents and beloved ones, whether they are martyrs or missing persons."

He said, “Remembering that painful day alone is not enough.” He added, “We must bring that file to the forefront, especially with the presence of a report from the parliament’s Committee on Security and Defense that had come to important conclusions after an in-depth study and investigation of the causes of the fall of Mosul.”

Rikabi spoke of the importance of revealing the facts through trying those believed responsible, even though he said he had doubts about the government's ability to hold such trials because the perpetrators still have influence in the state.

In late March, the bloc previously asked the parliament to reopen the file of the fall of Mosul when Sairoon spokesman Hassan al-Aquli accused influential officials of being behind the collapse of the city. He said “Iraq’s biggest file of corruption” had drained the country’s financial and human resources in addition to causing the destruction of entire cities.

Rikabi’s call to bring the perpetrators of the Mosul to justice, facilitate the return of displaced persons, compensate the victims and reconstruct the areas affected by the destruction and devastation echo the calls of Mosul residents themselves.

For those who live in Ninevah province, what happened is an experience that continues to be lived daily rather than a past memory.

While Yvonne Edward is a clinical psychologist helping others overcome war traumas, she still feels the negative aspects of displacement and war herself.

“The last five years were so harsh,” said Edward, now in Alqosh, a Christian town in the Ninevah Plains that survived Islamic State (IS) occupation in 2014. “I still remember the nightmares, the uncertainty of quitting my university exams in Mosul, the displacement and the emigration of many of my family members.”

For Edward, her patients and many citizens, what happened in 2014 is now exacerbated by the general feeling that no one is being held accountable.

Mahmoud Ezzo, a political scientist at Mosul University, said that when IS took over Mosul, he felt abandoned by the state for the first time in his life. “I felt that Iraq was not able to protect its citizens,” Ezzo told Al-Monitor, “For me, the state should be able to secure our lives and future rather than providing us with a monthly salary only.”

The future of Mosul is still uncertain for Ezzo, who feels disappointed that those who allowed IS to take over Mosul are not being held accountable.

“When a political bloc reopens the file on the fall of Mosul, this means the bloc has the intention to settle its accounts with its political rivals through this action,” Ezzo said, “The parties that contributed directly and indirectly in the fall of Mosul can easily be identified, starting with the misleading information provided by the military leaders to their supreme leadership, the collaborators with IS who were praising its actions under the name of resistance and jihad, to the advocates of hatred among politicians, clergymen and even the educated elite, who abandoned their societal role.”

Nahidh al-Ramadhani, a Mosul author and playwright whose novel “The Hope Vendor” chronicled the first days of IS, says the reason no one has been accountable so far comes down to corruption.

For Ramadhani and others, Sairoon’s statements every now and then have goal of scoring political points against rivals.

“With this oligarchy, we will never see any transparent, credible investigation,” he said.

In June 2018, a report on the fall of Mosul cast blame on the Mosul commander, Lt. Gen. Mahdi al-Gharrawi, who, among others, withdrew from Mosul. The report also drew an image of pre-takeover Mosul when royalties of about $5 million per month were imposed by IS on Mosul residents, and 40% of regional development funds went to IS. The report spoke of the failure of the government to protect Christians, Yazidis and Shabaks from IS atrocities, forcing many to leave the city. The report said corruption also led to allowing many IS members to be set free in exchange for bribes, including Mosul’s first IS wali, or custodian. In addition, the report said that many soldiers before the fall used to pay half of their salaries to their leaders in exchange for taking leaves. That left one brigade with 76 soldiers instead of 500 before the IS invasion.

“A number of officials have been named in the report,” said Ezzo, “It seems that the sectarian/ethnic balance played a role even in balancing of the number of the accused from all societal parties.”

Edward said, “Nobody will be punished, for the people of Mosul and Sinjar are still displaced,” referring to the displaced people camps she works in, “If there was a real punishment, we would have seen the punishment of some IS members who are still in the camps. Some were forced to join, but some voluntarily joined the terrorist group.”

While investigations are an important and popular demand, reconstruction seems to be a priority for many living in Mosul.

Saman Dawed, a Germany-based Yazidi journalist and activist, said, “There is an urgent need to reveal the fate of the Yazidi and Turkmen abductees and form a team to search for them and find realistic solutions to the political disputes in Ninevah.”

Still, people do not trust the current government’s ability to achieve so.