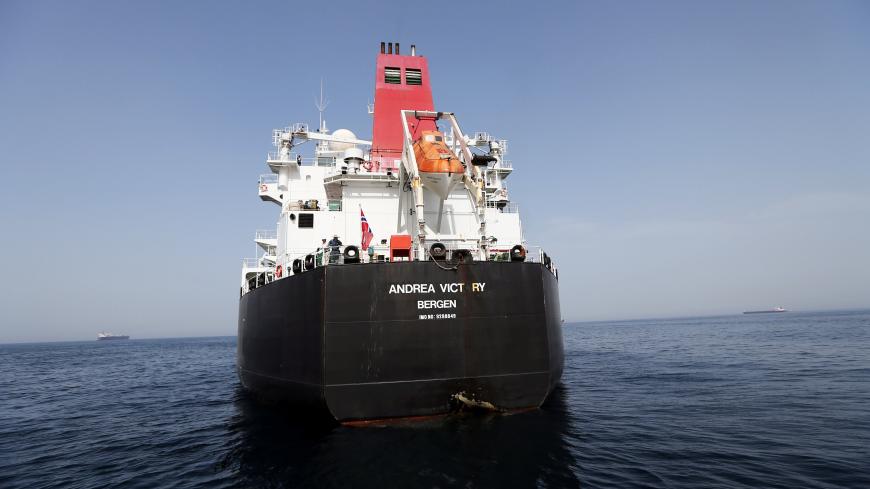 A damaged Andrea Victory ship is seen off the Port of Fujairah, United Arab Emirates, May 13, 2019. - REUTERS/Satish Kuma

Iran’s Foreign Minister Mohammad Javad Zarif has condemned the June 6 meeting between the United Nations Security Council (UNSC) and Saudi Arabia, Norway and the United Arab Emirates (UAE), regarding the attacks on three ships in the Persian Gulf off the coast of the UAE.

The UAE, Norway and Saudi Arabia, whose oil tankers were slightly damaged in the May 12 attacks off the port of Fujairah, will present their findings to the UNSC. United States officials tried to point a finger at Iran immediately after the attacks, with US national security adviser John Bolton — who has long sought a military conflict with Iran — accusing Iran or groups linked to Iran of being behind the attacks, though he has not provided proof. US Secretary of State Mike Pompeo said the attacks were an attempt to raise the price of oil.

In response to the meeting, Zarif tweeted, “The B-Team boys who cry wolf are crying once again.” The B-Team is Zarif’s moniker for Bolton, Saudi Crown Prince Mohammed bin Salman, Abu Dhabi Crown Prince Mohammad bin Zayed and Israeli Prime Minister Benjamin Netanyahu, who are all strategically aligned against Iran and advocated for the US exit from the Joint Comprehensive Plan of Action and a more hostile US approach toward Iran. Zarif’s tweet continued, “This time, Mossad is fabricating intelligence about Iran’s involvement in sabotage in Fujairah. I’ve warned of ‘accidents’ and false flags — we know what happens when you believe their lies. We’ve been here before, haven’t we?”

Zarif’s reference to Mossad, the national intelligence agency of Israel, is based on Israeli media claims that the organization presented evidence to the United States of Iran’s involvement in the attacks on the oil tankers. The source told Israeli media that the attack was a “pretty good commando operation.”

Iran's government immediately condemned the attacks on the tankers. Foreign Ministry Spokesman Abbas Mousavi called them “worrying and unfortunate.” He called for an investigation that would “make clear all of the dimensions of the incident.” Mousavi also warned of any “adventurism” from foreigners as a result of this incident.

The attacks took place just one week after Bolton announced that a US carrier was being sent to the Persian Gulf due to Iranian threats. Later it was reported that the carrier was already scheduled to be deployed, but Bolton had used the occasion to issue a public statement against Iran. It was reported June 4, however, that the USS Abraham Lincoln had never actually entered the Persian Gulf and remained off the coast of Oman in the Arabian Sea. The commanding officer of the Lincoln, Capt. Putnam Brown, told the Associated Press, “You don’t want to inadvertently escalate something.” In addition to the carrier, the United States also sent B-52 bombers and will be sending an additional 900 troops to the region.