Iranian officials have said that if the United States or Saudi Arabia strikes Iran over the recent attack on Saudi oil facilities, it is prepared to defend itself. 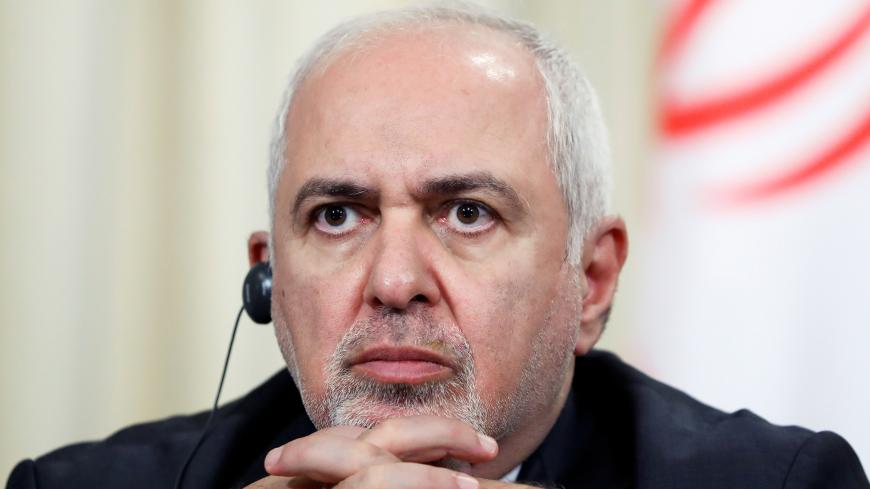 In a Sept. 19 interview on CNN, Iranian Foreign Minister Mohammad Javad Zarif said there would be “an all-out war” if the United States or Saudi Arabia launched a military strike against Iran. The comment made headlines across Iranian media.

Since the Sept. 14 missile strikes on Saudi Arabia's Abqaiq oil facility that significantly shut down production, US and Saudi officials have attempted to pin blame on Iran despite Houthi rebels in Yemen claiming responsibility for the operation.

The Iranians have denied that they were behind the strikes, which US officials say involved drones and cruise missiles. With the United States continuing to focus on Iran, Zarif has gone on the offensive in interviews and online.

The foreign minister tweeted on Sept. 19 that “remnants of [the] B-team” are trying to “deceive [Donald Trump] into war.” The B-team is a reference to former national security adviser John Bolton, Saudi Crown Prince Mohammad bin Salman, Israeli Prime Minister Benjamin Netanyahu and Abu Dhabi Crown Prince Mohammad bin Zayed. Zarif added, “For their own sake, they should pray that they don’t get what they seek.”

While Zarif has been asserting that Iran was not behind the attack, Iranian military officials have opted for a more ambiguous approach. During a provincial visit on Sept. 19, Hossein Salami, commander of the Islamic Revolutionary Guard Corps, said, “Today we are so powerful that any event that takes place, even if it is a lie, they attribute it to us.” Salami also downplayed the likelihood of war, stating, “Our soldiers, Basiji and Guards are at the borders of our enemy with open eyes. We are not worried about small or big enemies.” He added, “We have passed the era of these concerns and the enemy also knows this.”

At a news conference, Habibollah Sayyari, coordinating deputy of Iran’s army and former commander of the navy, spoke about Iran’s naval capabilities. Sayyari said that according to statements by the supreme leader, Ayatollah Ali Khamenei, Iran has no intention of crossing another country’s border, but it has the ability to enter open waters anywhere in the world. Sayyari asserted, “We can have a presence … not just near [the Gulf of] Mexico, but the Atlantic Ocean, the south Indian Ocean, the Mediterranean and all the open waters.”

Despite talk of possible strikes, Iranian media believe that recent actions by Saudi Arabia and the United States suggest that neither has a real appetite for war. An analysis by Mehr news summed up this sentiment in observing, “Trump is not in a situation to pursue adventurism for the benefit of Saudi Arabia. The election situation in America is such that any type of military provocation against Iran will certainly lead to his electoral defeat.” Echoing comments by Zarif, the article stated, “Trump also knows that war will not be short or limited.”