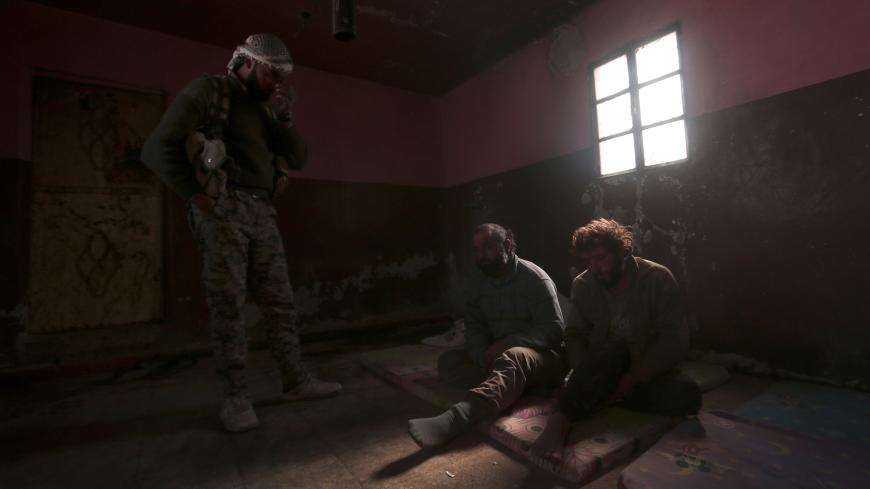 Congress wants to give the Pentagon more freedom to help US-backed forces in Syria detain Islamic State fighters in the war-torn country.

The Senate version of the National Defense Authorization Act released last week expands an authority the Pentagon can use to build small-scale temporary facilities such as ammunition and resupply points in Syria to also support the detention of Islamic State (IS, also known as ISIS) fighters. The new bill calls for expanding previous assistance to the Syrian Democratic Forces (SDF) to also cover the “temporary detention and repatriation” of foreign fighters “in accordance with” international law.

For months, the Donald Trump administration has called on European allies to play a bigger role in dealing with captured foreign fighters in Syria and Iraq. But some experts worry that the move could create false hope among the SDF, which faces a threat from Turkey and protests from Arabs in northeast Syria, as the Pentagon’s support has remained flat over the past two years.

“They have kind of fed off of whatever scraps of promises and resources that we’ve thrown them,” said Elizabeth Dent, a former adviser for the Global Coalition to Defeat ISIS and now a nonresident fellow with the Middle East Institute. “When we basically satisfy a small portion of what they’ve asked for, it gives them hope that we’re a reliable partner even though we haven’t delivered on 10,000 other things they’ve asked for.”

The construction authority first came about after the Barack Obama administration demanded the ability to build temporary supply points and assembly areas, for a maximum of $4 million per project and $12 million per year. The Trump administration extended the authority to deepen the fight against IS in its onetime capital of Raqqa during the height of the fighting in 2017, Al-Monitor reported at the time.

With mounting evidence that the SDF is buckling under the weight of the detainee challenge, Congress has decided to get involved again, extending the powers through the end of next year. Since the SDF liberated the last pocket of IS-held ground in March, the population at al-Hol, a Kurdish-run camp in northeastern Syria holding thousands of family members of militants, has swelled to over 70,000 people — more than seven times the number held there last year — according to the Pentagon’s inspector general.

The SDF has asked for an international tribunal to try the thousands of fighters in their custody, but the United States is still trying to encourage allies such as France to repatriate and prosecute foreign IS combatants.

“The SDF has put significant pressure on the United States to create a mechanism that will allow the repatriation of ISIS fighters,” said Nick Heras, a Middle East fellow at the Center for a New American Security, a Washington-based think tank. “The reason for that is that the SDF now and likely well into the future does not have the capacity to support a prison population of thousands of foreign ISIS fighters.”

The Defense Department is set to host another counter-IS meeting in Brussels this week, which will examine the prisoner issue, as well as the militant group’s ongoing use of digital tools to facilitate recruitment and propaganda.

Meanwhile, the transit to the camp has also become increasingly deadly, with many refugees and detainees arriving in poor health. But the United States is having to balance the challenge of holding prisoners for intelligence purposes to winnow out IS’ thinning leadership ranks while dealing with subpar detention conditions. The State Department has expressed concern that without a viable plan for improvements, the imprisonment of foreign fighters could result in violations of human rights and humanitarian law.

The Senate is also trying to address that side of the problem in the new defense bill, calling on the Pentagon to appoint an interagency coordinator to deal with the detention issue. The defense authorization legislation also calls for the Defense Department to provide clarity on the number of IS fighters detained by the SDF and foreign militants that have been repatriated every 90 days, beginning early next year.

The Senate is set to begin debating the full bill later this week. The House version of the defense bill does not include the new language on IS fighters.