The Donald Trump administration’s decision Sunday to allow a Turkish incursion into northeast Syria threatens to let loose thousands of Islamic State prisoners onto the battlefield, US officials are warning. 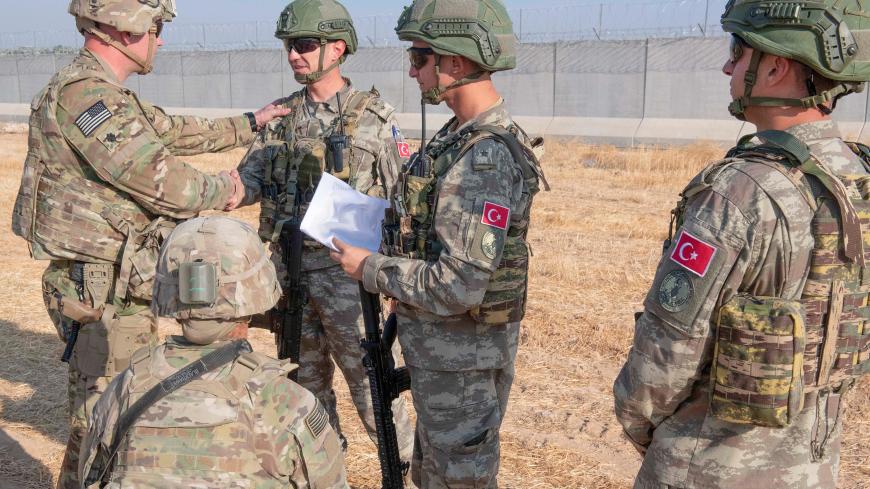 The Donald Trump administration’s decision Sunday to allow a Turkish incursion into northeast Syria threatens to let loose thousands of Islamic State prisoners onto the battlefield from jails that have become a hotbed of militant ideology, US officials warn.

In the wake of a surprise decision to remove more than 100 American troops from the safe zone, the White House said Sunday that European nations such as France and Germany had refused to take back IS fighters.

But Trump’s position does not appear aligned with the rest of the administration, blindsided by Sunday’s move. The Pentagon has feared for months that a Turkish incursion would stretch the Syrian Democratic Forces, or SDF, preoccupied with administering overcrowded camps hosting the families and children of IS fighters at facilities such as al-Hol in northeastern Syria, where fewer than 500 Kurdish guards tend to nearly 60,000 prisoners.

“If there is an incursion, they [the Kurds] may feel that they need to respond,” said Mick Mulroy, a deputy assistant secretary of defense for the Middle East set to leave his post in December. “It’s all connected.” The Kurds have lacked sufficient funds for the mission; the Pentagon has said that the SDF has had to use schools and hospitals to house prisoners.

It’s unclear whether Turkey — which the White House indicated Sunday would take responsibility for the IS prisons — has the resources necessary to maintain them in the long run, or has agreed to do so. An incursion, officials have said, is likely to disrupt back-clearance efforts in the IS campaign and limit the Kurdish-dominated force from preventing radicalization and staunching breakouts at the makeshift prisons.

In a terse Twitter thread Monday morning, Brett McGurk, a former Trump administration envoy to the coalition to defeat IS, chastised the president for the abrupt decision that reportedly blindsided the Pentagon. McGurk said Turkey had no interest in sustaining the camps.

Elizabeth Dent, a former adviser for the Global Coalition to Defeat ISIS and now a nonresident fellow with the Middle East Institute, said, “I don’t see any way that the Turks have the capacity to administer the camps and frankly I doubt [Erdogan] agreed to this at all.”

Earlier this month, top administration officials did not indicate that Turkey had entered planning to guard the IS detention facilities, which the SDF is solely responsible for, not the United States.

Speaking at an event in Washington on Wednesday, Mulroy said the United States had not formed a Plan B for dealing with IS fighters if they aren’t taken back by their home countries. And Defense Secretary Mark Esper told reporters Saturday, “We need a sustainable solution. Asking the SDF to kind of guard prisons doesn't seem to me to be a sustainable solution."

In recent weeks, Congress has sought to provide relief to salvage the beleaguered US-led campaign to defeat IS in Syria. The Senate Appropriations Committee is seeking to inject $130 million into the State Department’s budget to fund stabilization in Syria, including money for the safe zone.

Over the summer, the Senate Armed Services Committee also pushed to expand the Defense Department’s authority to construct small-scale ammunition and resupply points to help the SDF build makeshift facilities to house IS prisoners.

It was not immediately clear how far the United States would retreat — or whether American troops would remain in Syria — as Trump has called for an American pullout for nearly a year.

Erdogan, who publicly said Turkey would launch an air and ground assault over the weekend, has made strident demands of the United States, calling for a zone 19 miles deep on the Turkish border to resettle as many as 2 million refugees of the Syrian conflict and to create a buffer with Kurdish-dominated units. The SDF had said it would pull back 8.7 miles.

But even if the US administration seeks to resurrect the counter-IS campaign, it’s not clear the SDF would be a willing partner for the Pentagon anymore, former US officials said.

“The damage to our partnership with the Kurds is probably irreparable at this point,” said Alexander Bick, a former National Security Council director for Syria during the Barack Obama administration. “They'll play along, as they don't have a better option right now, but going forward it will be very hard if not impossible to get them to do what we ask.”