Iranian Foreign Minister Mohammad Javad Zarif visits Islamabad with an eye toward receiving help in dealing with Iran's economic woes and its issues with Washington and Riyadh. 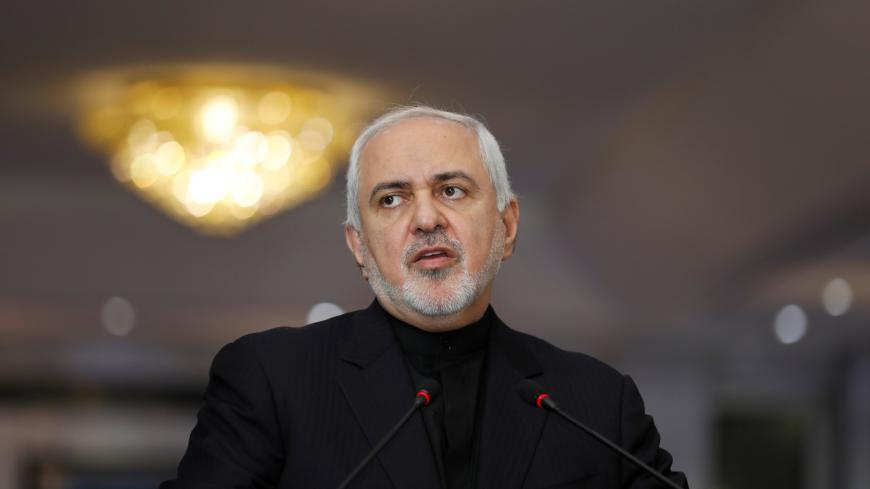 As the situation escalates in the Persian Gulf, Iranian Foreign Minister Mohammad Javad Zarif has been visiting various countries to hold consultations and find a way to end the deadlock between Washington and Tehran. Bilateral ties with the United States have progressively unraveled ever since the Trump administration walked out of the Joint Comprehensive Plan of Action (JCPOA) nuclear deal and reimposed stringent sanctions on Tehran, bringing Iran's economy to a standstill.

Ending the impasse has become quite critical as the United States has sent an aircraft carrier group and B-52 bombers to the region after perceiving some unspecified threat from Iran. Just days ago, the White House confirmed that it will be sending more troops to the Middle East to reinforce security in the region.

Having completed his visits to India, China, Japan and Turkmenistan, Zarif reached Pakistan this week to hold meetings with the political and army leadership. Conveying the urgent nature of his visit on arrival in Islamabad, Zarif said, “I have come to Pakistan for consultations as dangerous steps have been taken in the region.”

Zarif held separate meetings with Prime Minister Imran Khan, army chief Qamar Bajwa and Foreign Minister Shah Mahmood Qureshi. Though the details of these meetings have not been made public, it is apparent that Iran has requested help in de-escalating the situation.

Both the Organization of Islamic Cooperation and the Arab League are about to hold summits where Saudi Arabia might push for resolutions against Iran. Ostensibly, the Iranian foreign minister would want Islamabad to convince Riyadh to adopt a less strident approach. It appears that Iran, seeing that Pakistan’s close ties with Saudi Arabia and Islamabad's long alliance with the United States could help reduce tensions, is not interested in any conflict.

De-escalation should be the immediate target, followed by dialogue and a new nuclear deal. Renegotiating the JCPOA is the best option for establishing peace in the region under the circumstances. Traditionally, Oman has been an intermediary between Iran and the United States, but Pakistan is facilitating Washington in the Afghan peace process nowadays and it could be an effective mediator in this crisis as well. Matters have reached a critical turning point since Iranian President Hassan Rouhani rejected talks with the United States after the recent escalation.

Assuring Zarif of Pakistan’s support, Qureshi said his country wanted "resolution of all outstanding issues through diplomatic engagement," as regional tension was in no one’s interest. However, in announcing that sides would not be taken in the ongoing confrontation just before Zarif’s arrival, the Pakistan Foreign Ministry kept its neutral stance and the official statement urged all sides to “show restraint, as any miscalculated move can transmute into a large-scale conflict.”

Balancing the interests of Tehran, Riyadh and Washington at the same time is an uphill task, so Islamabad will stick to neutrality. Pakistan cannot afford the risk of any confrontation between Riyadh and Tehran as frictions between them can have a sectarian spillover effect in Pakistan. In recent months, Pakistani-Iranian relations have not been at their best due to various complications.

One of the ongoing issues is Pakistan’s inability to complete its side of the $7 billion Iran-Pakistan gas pipeline due to US sanctions on Iran. The matter is now being taken to court by Tehran. Making matters worse, there has been a spate of cross-border terror attacks in recent months and both governments accused each other of giving sanctuary to militants. While Iran suspects anti-state Sunni militants, Pakistan complains that Baluch insurgents are escaping to Iran.

In fact, a terror attack took place on Pakistani personnel in Ormara, Pakistan, just before Khan’s visit to Iran in April. Condemning the attack, Zarif tweeted, “Terrorists, extremists & their sponsors are terrified by close relations between Muslim states.” Insufficient border security is the reason rebels and other proxies find the opportunity to destabilize both the provinces of Baluchistan in Pakistan and Sistan-Baluchistan province in Iran.

Tackling the problem together, a joint Pakistan-Iran Rapid Action anti-terrorism force is to be deployed soon and fencing of certain areas along the Pakistan-Iran border is being carried out by the Pakistani army. Qureshi said, “The work has already started from the points that are frequently misused. We intend to gradually seal this whole 950-kilometer [590-mile] border.”

Pakistan’s Baluchistan province is the largest but least-populated region in the country; it is a massive, desolate and arid expanse. Iran’s province of Sistan-Baluchistan shares similar characteristics; these factors make the region an ideal shelter and intensive patrolling and frequent checking is required. Most terror incidents in Pakistan take place near border areas with either Iran or Afghanistan.

The most recent terror attack took place at the Pearl Continental Hotel in Pakistan’s port city of Gwadar. Carried out by a Baluch insurgent group that came from across the border, this attack may have larger dimensions than a simple insurgency. Nowadays, this region also represents China’s economic interests as it has invested heavily in Gwadar.

The success of the China-Pakistan Economic Corridor, which has become a political flashpoint, has come to depend on Gwadar. In the larger picture, attacks on Chinese personnel or in areas with Chinese investment could have a negative impact on China’s Belt and Road Initiative as the China-Pakistan corridor is the first one nearing completion and it is Beijing’s bridge to the Middle East.

The Indo-Iranian project of Chahbahar port has become a competitor. Making Pakistan an interesting offer, Zarif proposed during his visit that the Iranian seaport of Chahbahar be connected to Gwadar, saying, “We believe that Chahbahar — one of Iran’s developing seaports on the Oman Sea — and Gwadar — a port city on the southwestern coast of Baluchistan, Pakistan, also on the Oman sea — can complement each other.” The plans to connect both ports to the Iranian railroad system and onward to Central Asia, Russia and Turkey show how Tehran would like closer trade links with Islamabad.