Turkey claims its military operations against PKK rebels are more effective than ever thanks to drones. 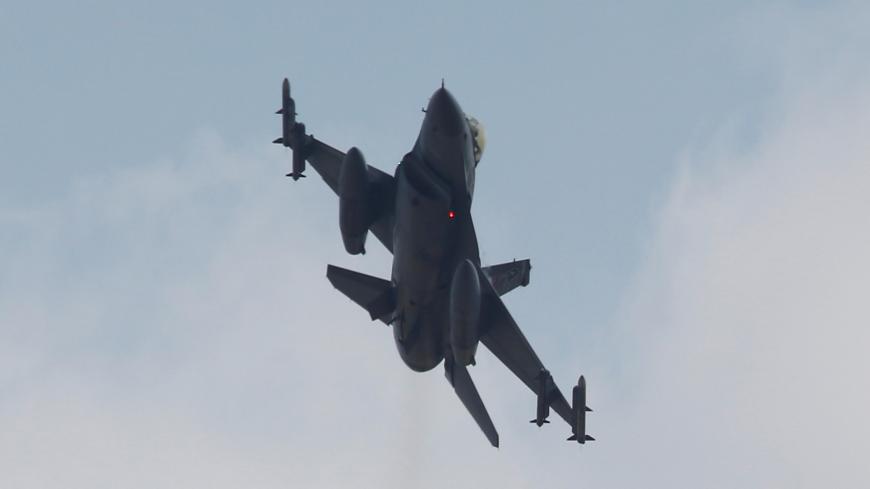 A Turkish F-16 fighter jet takes off from Incirlik air base in the southern city of Adana, Turkey, July 27, 2015. - REUTERS/Murad Sezer/File Photo

For the second day, Turkish fighter jets pounded Kurdish rebels wedged between the borders of Turkey, Iran and Iraq. The operations are part of a fresh offensive against the Kurdistan Workers Party (PKK), Turkey’s Defense Ministry announced today.

The ministry said Turkish forces had struck ammunition depots and shelters used by the rebels in the Avashin area in Iraqi Kurdistan.

Rudaw, an Iraqi Kurdish news outlet, reported that Turkish forces and the PKK have engaged in clashes over the past five days on the ground in Sidekan, which lies in the targeted region known as Kharkurk.

Large plumes of smoke billowed above sparsely forested mountains as Turkish military helicopters hovered, as seen in a video shot by Asqui Zuber, a villager from Sidekan. The footage, posted on Rudaw, was recorded May 19. Zuber said he was headed home with his parents when he witnessed the attack.

Scores of Iraqi Kurdish villagers — and hundreds of sheep — have perished in Turkish airstrikes since the early 1990s, when the PKK set up its main command centers in the mountains of Iraqi Kurdistan.

Turkish Minister of Interior Suleyman Soylu claimed today that Turkey’s 35-year battle against the PKK was increasingly effective, thanks in part to the use of locally manufactured armed and surveillance drones. PKK sources contacted by Al-Monitor in recent months have acknowledged that Turkey’s use of drones has made life harder for the rebels.

But if success is to be measured by the number of rebels killed, Soylu’s claims do not match up. Speaking to a graduating class of police cadets in Istanbul, Soylu asserted that Turkish security forces had killed 1,380 PKK militants last year in 104,534 separate operations.

“In the old days, an average of 5,000 people would join the PKK, in 2018 this number fell to 136,” Soylu claimed. “High level, low level, [whoever] is linked to this treasonous PKK we are eliminating one by one.”

The minister’s hawkish stance is at odds with speculation that President Recep Tayyip Erdogan is teasing engagement with imprisoned PKK leader Abdullah Ocalan in a bid to woo Kurdish voters ahead of a controversial rerun of the Istanbul municipal elections that are due to take place June 23.

The rumors were first prompted by the government’s decision to allow Ocalan to meet with his lawyers May 2 for the first time in eight years. Ibrahim Bilmez, a member of Ocalan’s legal team, told Al-Monitor that they are awaiting a government response to their request to visit him again.

Kurdish voters played a critical role in helping the main opposition mayoral contender, Ekrem Imamoglu, narrowly win the March 31 local polls in Istanbul. The ballot was annulled and Imamoglu was stripped of his mandate by Turkey’s Supreme Electoral Commission after it upheld the claim of Erdogan’s ruling Justice and Development Party that there were irregularities in the appointment of some polling station officials.

Erdogan has, however, ruled out resuming peace talks with Ocalan. Talks collapsed in 2015, as did a mutually observed cease-fire that had lasted over two years.