Turkey has sent in special forces to fight the Kurdistan Workers Party in Iraq’s north, putting its soldiers on the ground in the third foreign country this year. 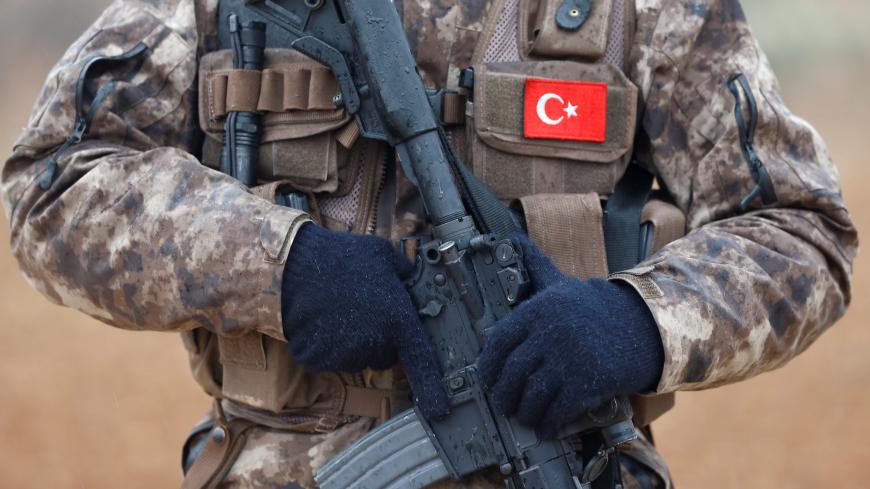 ISTANBUL — Turkey intensified military strikes against Kurdish militants in northern Iraq on Wednesday, helicoptering in commandos and dropping bombs from the sky in its biggest operation on Iraqi soil in years to counter what it says are threats emanating from across the border.

The incursion is part of a far more assertive Turkish military policy that also has forces on the ground in Libya and Syria, revealing its go-it-alone inclination to tackle perceived threats that has increasingly put it at odds with traditional allies in NATO.

The latest offensive came just days after the Turkish armed forces launched another operation, dubbed Claw-Eagle, against the Kurdistan Workers Party (PKK), hitting 81 of its targets in Iraqi Kurdistan. Turkey has launched scores of cross-border attacks and air campaigns in hot pursuit of the guerrillas over the years and maintains several outposts in northern Iraq, but Wednesday’s offensive is the first large-scale air and land offensive inside Iraq in more than a decade.

“The Turkish Armed Forces began Operation Claw-Tiger against the PKK terrorist organization, which threatens the security of borders and people with increased harassment and attacks on outpost and base areas from Iraq’s north,” the Defense Ministry said on its website.

Turkish F-16 warplanes, armed drones, attack helicopters, rocket launchers and howitzers all fired on 150 PKK targets, the ministry said. Special forces crossed by land and from the air to “enter the terrorists’ lairs in Haftanin,” a mountainous area south of the Turkish border.

The Iraqi government  summoned the Turkish ambassador on Tuesday to protest the earlier airstrikes, but there was no immediate reaction to the ground incursion. Officials and President Recep Tayyp Erdogan’s ruling party heaped praise and prayers on the incursion, saying it was in line with international law.

Turkey may be seeking to exploit the “power vacuum” in Baghdad, where the new prime minister has only recently been able to form a cabinet, six months after his predecessor was forced to quit amid street protests, said Hasan Selim Ozertem, an independent Turkish security analyst.

“Turkey considered a few political balances as it undertook this operation,” he told Al-Monitor. “After Turkey’s engagement in Syria and its greater control of territory there, military officials may also be expecting the PKK to begin … staging bomb attacks targeting soldiers. Destroying weapons stores and removing militants with an operation in Iraq may be a preemptive strategy.”

The PKK, which is listed as a terrorist organization by Turkey, the United States and the European Union, took up arms against the state in 1984, and the government’s last attempt at peace talks collapsed in 2015.

At home, President Recep Tayyip Erdogan has cracked down on the country’s third-biggest opposition party, whose base is overwhelmingly Kurdish, accusing the People's Democratic Party (HDP) of being the “political extension” of the PKK. His government has jailed thousands of its members, including lawmakers and mayors.

The leftist HDP rejects allegations of links with the PKK and has long advocated for a negotiated settlement of the three-decade conflict that has killed more than 40,000 people, mainly Kurds. The HDP campaigns for greater cultural rights for Turkey’s estimated 15 million Kurdish citizens.

“This country’s most important problem is the Kurdish problem, which can be resolved with dialogue, negotiations and recognition of rights,” HDP chairwoman Pervin Buldan said on Wednesday, according to an email from the party. “Just as it can’t be resolved by jailing politicians, it is a problem too significant to fix by bombing civilian areas.”

The weekend airstrikes hit areas close to Sinjar, home to the persecuted Yazidi community, and near a refugee camp in Makhmour, frightening civilians. A spokesman for the PKK said fighting on Wednesday was continuing along a 125-mile (200-kilometer) front line, according to the Associated Press. He accused Turkey of having expansionist plans “as they did in Libya and Syria.”

Reports have emerged that Iran is involved in the operation, launching artillery strikes against the PKK. The news comes on the heels of a surprise visit by Iranian Foreign Minister Mohammad Javad Zarif to Ankara this week, the first foreign dignitary to travel to Turkey since the coronavirus outbreak. His Turkish counterpart, Mevlut Cavusoglu, said they discussed coordination to combat “terrorism” and reiterated Turkey’s opposition to US-led sanctions against Tehran for its nuclear program.

Zarif’s visit followed a rebuke from Turkey’s powerful Interior Minister Suleyman Soylu, who was at the Iranian border earlier this month and claimed about 100 militants were active across the frontier. “Iran knows it is responsible” for curbing the threat they pose, he said. The Islamic Revolutionary Guard Corps’ ground forces commander said Soylu’s assertion was "groundless and irresponsible."

As for Turkey’s traditional Western allies, they are increasingly frustrated with Ankara, especially over its activities in Libya. Europe, led by France, is accusing Turkey of undermining NATO and the European Union’s efforts to enforce a United Nations arms embargo on the north African country, which is in the throes of a proxy war fought by forces loyal to the UN-recognized government of Fayez al-Sarraj and rebel commander Khalifa Hifter.

Hifter is supported by France, Russia, Jordan, the United Arab Emirates and other Arab countries. Qatar and Turkey back Sarraj’s government in the capital Tripoli, and Turkey sent troops and mercenaries to bolster Sarraj’s defenses in January, helping turn the tide of the conflict in his favor.

The criticism out of Europe comes as NATO defense ministers hold a virtual summit this week. Turkey continues to block a NATO defense plan for Poland and Baltic states despite relenting last year, Reuters quoted NATO diplomats and a French official as saying.

Besides Libya and Iraq, Turkish forces are also present in Syria, where they launched two incursions since October, including one in the northeast against PKK-affiliated Kurdish fighters who battled alongside American soldiers in the fight against the Islamic State.

Turkey has attacked the PKK inside Iraqi territory since the 1990s and while this week’s operations are larger in scale, fighting between the military and the rebels often resumes in the spring as the weather improves in northern Iraq’s mountains, Ozertem noted. More recently the Turkish military has subscribed to a “preemptive strike doctrine” since 2016 to “eliminate the threat before it emerges,” he said.

“Turkey has recently expended its energy, focusing on two different fronts in Syria and Libya. Starting an operation like this in Iraq … is a clear message that it won’t be confined just to the east Mediterranean and isn’t softening on its security policy toward traditional threats,” Ozertem said. But he added that Turkey’s projection of power comes at a cost.

“As it finds it difficult to act in unison with its traditional partners, Turkey has evolved into a country that acts unilaterally. The effect of that is that Turkey’s actions appear to clash with the West’s interests. Relations with the US and the EU have seriously deteriorated,” he said.