Turkey sticks to its guns on Russian missile-defense deal

Despite the efforts of NATO heavy-hitter Jens Stoltenberg, Turkey seems to be moving closer to Russia and its S-400 air-defense system. 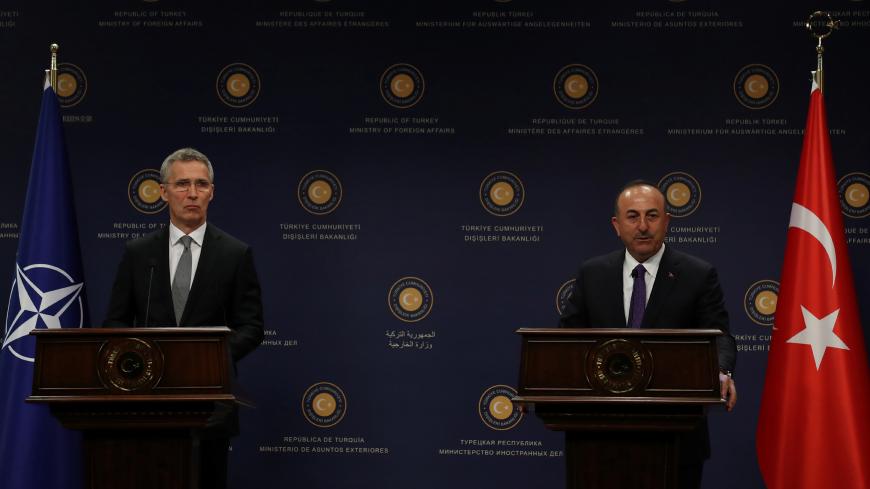 A small-scale tremor shook relations between NATO and its increasingly rogue member Turkey on May 3 when a Cyprus delegation was included on a ceremonial guest list. The incident provides a glimpse into the challenging future awaiting Turkey's ties with the alliance once Russia delivers its controversial S-400 missile-defense systems.

The fuss arose around a May 3 ceremony for US Air Force Gen. Tod Wolters, who was assuming his position as NATO’s new supreme allied commander for Europe. The event was held at NATO's military headquarters in Belgium.

Military personnel and civilians from across NATO’s 29 allied nations and various partners attended the ceremony with one exception: Turkey. Turkish officials refused to join the ceremony because Greek Cypriots were invited. Turkey claims the northern third of the disputed island of Cyprus.

Although NATO officials said the incident was an “error of protocol,” they didn’t retract the invitation sent to all European Union member-states along with Cyprus. Turkey’s military and diplomatic representatives, in response, didn’t join the ceremony.

According to Turkish diplomatic sources who spoke with Al-Monitor, NATO's center of military operations, known as the Supreme Headquarters Allied Powers Europe, could not have made such a mistake innocently. The same sources pointed out how Wolters’ predecessor, Gen. Curtis Scaparrotti, tried to maintain good ties with Turkey during his term, but unexpectedly had a change of heart in March and advised the US Congress that as long as Turkey insists on acquiring S-400s, Ankara should not be allowed to purchase the F-35 jets it wants from the United States.

The same sources said the “big mistake” over the invitation marred Wolters’ arrival and would result in a “confidence crisis” between Turkey and NATO's military headquarters that would “take a long time to overcome.”

Turkey’s Foreign Ministry echoed a similar sentiment in its statement after the incident, describing it as “a gross blunder that cannot be explained in good faith.”

“We condemn this irresponsible behavior. … The necessary steps have been taken to bring to light how [NATO's military headquarters] committed this unforgivable mistake,” the statement said.

According to the same sources, more than 100 Turkish military and civilian personnel working at NATO's military headquarters are being kept out of critical meetings on air defense, reconnaissance and intelligence.

Three days after the incident, NATO’s supreme decision-making body — the North Atlantic Council, led by Secretary-General Jens Stoltenberg of Norway — met May 6-7 in Istanbul for its Mediterranean Dialogue summit. On the sidelines of the NATO meeting, Stoltenberg met with Turkish President Recep Tayyip Erdogan.

This visit by the NATO chief was actually intended to persuade Ankara to safeguard the alliance and regional security. Stoltenberg is known to have expressed his concern about possible adverse effects of US sanctions arising from the S-400 purchase, and how such sanctions could weaken the alliance. Stoltenberg has been against member-states imposing sanctions on each other. Sources in Ankara say Stoltenberg is worried that the tension in NATO regarding Russia because of the S-400s could undermine NATO’s stance against Moscow, and has so warned his interlocutors in Ankara.

However, at least for now it's difficult to say that Stoltenberg’s effort has been fruitful, as Ankara is sticking with the S-400s as a reflection of its sovereign rights. A Turkish source with knowledge of the matter told Al-Monitor that a Russian team of soldiers and technical personnel is expected in Turkey in early June for a field study on possible deployment locations for S-400 batteries. According to the source, Turkey will receive two S-400 battalions, each consisting of four companies, and each battalion will have 72 missiles. There will also be 48 reserve missiles, bringing the total being delivered to Turkey to 192.

Under Russian military structure, an air-defense company has nine batteries; the four companies would have 36 batteries. Each S-400 battery is made up of three mobile vehicles: a launching pad, a radar and a command unit. As such, at the beginning of August the missiles and about 10 vehicles would start arriving in Turkey. In short, in June, Turkey’s purchase of the S-400s would become an institutional cooperation between two countries.

Although this has not been confirmed yet, Russian media also report that at the end of May about 100 Turkish soldiers from air-defense, signals, artillery and radar classes and some civilian technical personnel will begin a five-month training program in Russia.

Thus, Stoltenberg’s visit to Ankara could be summarized as too little, too late in fending off the growing military cooperation between Turkey and Russia. This in turn should cause Turkey to be excluded from some critical NATO units — particularly from the military headquarters’ intelligence, air and missile-defense meetings — with the reason given as “information security.” NATO would likely also cancel the security clearances of Turkish military personnel who work with S-400 systems.

In other words, whether it was a blunder in good faith or a tacit rebuke to Ankara, the invitation incident at the military headquarters provides a road map of the bumpy relationship awaiting Turkey and NATO in June.