Despite claims from Ankara that Turkey and the United States are making headway on a safe zone in northern Syria, sources familiar with the talks say no tangible progress had been achieved and that Ankara's positive spin is likely inspired by empty US promises. 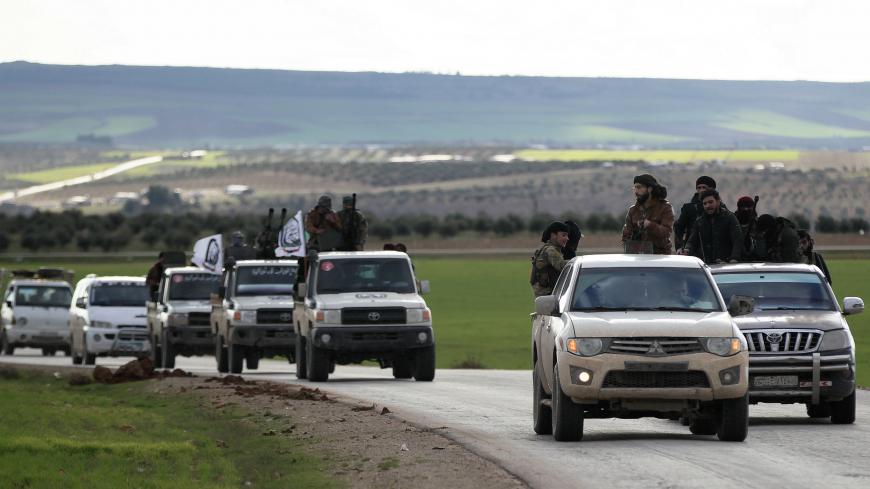 Defense Minister Hulusi Akar hinted at a breakthrough with reporters today, saying, “Mr. Jeffrey was kind enough to to come to Istanbul. We had a very useful, positive meeting. We put all of our arguments, proposals and demands clearly on the table and they listened with profound understanding.” Akar continued, “Having put forward the same views that we had in the past I was extremely happy to see that Jeffrey and his delegation have moved closer to our position. I see that in future meetings on bilateral issues, notably the safe zone, we will be moving even closer.”

Turkey’s position is that US-backed Syrian Kurdish People’s Protection Units (YPG), which Ankara views as a threat to its national security, must be pushed down some 30 kilometers (16 miles) south of the Turkish border. It wants Turkish forces be allowed full control over the proposed zone and for the YPG to be disarmed of all heavy weapons acquired from the US-led coalition in their common fight against the Islamic State.

A spokesperson for the US Embassy in Ankara said Jeffrey's series of meetings with senior Turkish officials including presidential spokesperson Ibrahim Kalin, Defense Minister Hulusi Akar and Deputy Foreign Minister Sadat Onal had “focused on how we could advance issues of mutual concern in Syria, to include addressing Turkey’s legitimate security concerns, promoting stability and security in northern Syria as the US military draws down its presence and the implementation of UNSCR 2254 on the resolution of the Syrian conflict.”

The US diplomat added, “We continue to make progress in addressing our mutual concerns in Syria, and we look forward to continuing these discussions in the near future.”

Although Turkish Foreign Minister Mevlut Cavusoglu had also spoken of greater convergence in the US and Turkish positions yesterday, sources familiar with the substance of the talks offered a less optimistic take on Jeffrey’s visit. Speaking on condition that they not be identified, the sources said no tangible progress had been achieved. Turkey, as Akar himself acknowledged, has not budged an inch on its demands. The more likely the reason Turkish officials sounded so upbeat, one of the sources speaking on strict condition of anonymity told Al-Monitor, was because the US side “as usual” had likely made “promises they can’t keep.”

The other reason is purely tactical. By painting a rosy picture, Turkey jams US officials into a corner from which they can’t publicly contradict Ankara in hopes over time to pull them toward its own interpretation of events. “The positive spin is linked to the idea that the talks continue,” Aaron Stein, Middle East program director at the Foreign Policy Research Institute, told Al-Monitor.

The trouble is that the YPG refuses to accept any Turkish presence in Kurdish-controlled territory stretching east of the Euphrates River to Iraq. It has reportedly rejected one of the ideas being floated — that Turkish and US forces conduct joint patrols as they currently do in Manbij. The Arab-majority town that lies west of the river has been the source of unremitting tension between Turkey and the United States.

Ankara had threatened to invade unless its military and civilian rulers were purged of all YPG-friendly elements. Ankara’s demands were met in large part by the end of March, as first reported by Al-Monitor. US officials sympathetic to Turkey’s position argue in favor of repeating the Manbij model in other Arab-majority towns in the Kurdish-controlled zone, starting with Tell Abyad, which borders Turkey and was once the main gateway for foreign fighters joining the Islamic State.

Unsatisfied with its gains in Manbij, Turkey has since threatened to move against the YPG east of the Euphrates but has toned things down in recent weeks, presumably to let Jeffrey and his team pile more pressure on YPG-led Syrian Democratic Forces (SDF) commander Mazlum Kobane, who is the top negotiator on the Kurdish side.

Kobane publicly acknowledged at a conference attended by Arab tribal leaders in Ain Issa today that the SDF was holding indirect talks with Turkey though “intermediaries” — in other words, through the United States. Kobane said his group stood ready to negotiate with Turkey and resolve outstanding problems in “peaceful ways.”

But if Turkey wanted a political solution, Kobane said, it had to “return Afrin to its people.” The Kurdish-majority enclave was occupied with by Turkish forces in March 2017 with Russia’s acquiescence.

Stein argued in an essay for the Foreign Policy Research Institute this week that Washington and Ankara’s positions in Syria are ultimately irreconcilable. “Turkey can live with a small, token American ground presence so long as it can isolate (and then kill) the Kurdish leaders that Washington has fought alongside for four years. Washington is prepared to live with a small, token Turkish ground presence, so long as they do not kill the ground forces that US forces depend on to to hold territory taken from [the Islamic State]." Stein concluded “Given this reality, talks may continue, but compromise and actual negotiations may be impossible.”

In the meantime, the Kurds will seek to benefit from this seemingly unbridgeable gap to advance their own interests, as will Russia, for whom wrecking the US-Turkish relationship would be the ultimate prize.