Tehran's disappointment with the Europeans leaves Russia as perhaps the only leverage Iran still has with the West on the nuclear deal, but there's little Moscow can do to help at this point. 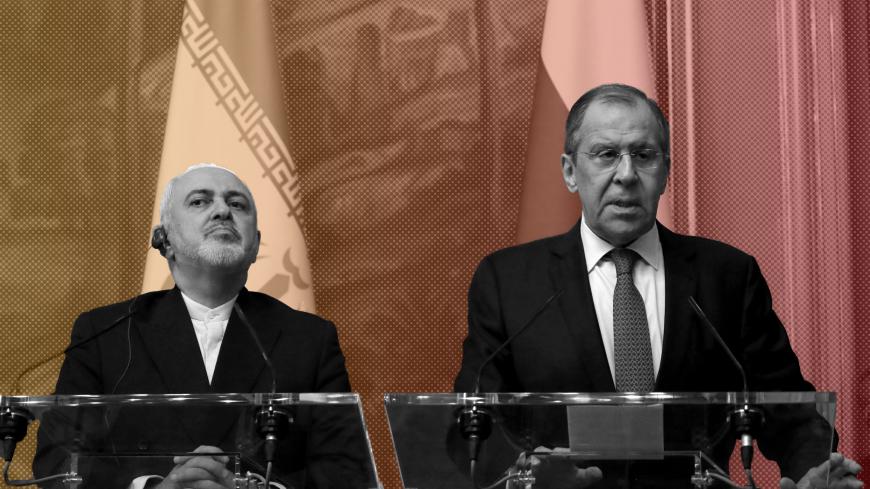 Russian President Vladimir Putin convened a briefing session with the Russian Security Council May 9 over the escalating situation in the Middle East. Amid the US military buildup around Iran, the country’s Foreign Minister Mohammad Javad Zarif paid a visit to Moscow shortly after Tehran announced its decision to withdraw from some of its commitments under the Joint Comprehensive Plan of Action (JCPOA). This trip inspired some déjà vu as one year ago, Zarif traveled to the negotiating member countries to receive assurances of their commitment.

Over the course of the year, Iran has been cautiously warning its partners, now four of the permanent members of the UN Security Council plus Germany, that if Tehran is not able to benefit from the deal, it will consider withdrawing as well. Over the course of the year things have only changed for the worse in Iran, with the population suffering psychologically and economically in the growing hopelessness of the diplomatic impasse. This time, disenchanted with the inability of the EU to provide suitable mechanisms to bypass the American sanctions, Moscow is possibly seen as one of a few available parties left to work with.

In 2018, Russian-Iranian trade amounted to $1.7 billion, and Moscow itself is studying Tehran’s experience of sustaining under sanctions. Hence the parties have no illusion that Russia can render significant economic assistance. What Zarif came asking for was political support of two kinds — to show by the visit that Moscow and Tehran stand as a united front against the American pressure and to see if Lavrov can deliver a stronger message to his European colleagues.

“We see Russia as an influential player in the situation around the JCPOA,” the Iranian minister stressed.

“We are going to persuade our European partners. … They suggested a financial mechanism, but it is much less effective than was planned. It is important for Iran to be able to export oil, it is an absolutely legal demand stipulated by the JCPOA,” said Lavrov, adding that where JCPOA is concerned, "some colleagues" try to divert the conversation away from their inability to comply with the agreement, and Russia is trying to bring them back to the matter.

During their press conference Lavrov and Zarif kept returning to the main narrative of the legal framework that is being unlawfully breached by the United States. The reference to legal, internationally agreed upon commitments provides Iran’s move with a legitimate explanation: Based on Provision 26 of JCPOA, it has the right to do so.

Lavrov touched upon how the US efforts to eliminate Iranian influence in the world, including Syria, essentially acknowledges its significance and might as a regional actor. This position was also stated in the Russian Ministry's special memo issued a day before the ministerial meeting.

“Opting for a single approach of imposing one’s position onto everyone and everything is counterproductive,” Lavrov said in response to a question from the floor.

Among the other examples given of “close cooperation based on understanding and mutual vision despite the US efforts to undermine it” were counterterrorism, Russian-Iranian cooperation on construction of the Bushehr power plant, the Astana format as “a sole ground for meaningful resolution of the Syrian issue,” as Zarif put it, and the Afghani reconciliation process.

Both foreign ministers gave well-coordinated, mutually reinforcing statements in a show of commitment to maintaining a united front against the United States.

In Russia, the media and expert response to the Iranian announcement on the JCPOA showed a keen interest to the topic. It can be credited to the “professional swagger” with which Lavrov has been responding to the developments and the US decision to dispatch an air carrier and bombers to the Persian Gulf, an act believed to multiply the chances of the situation escalating into a military flare-up. In these circumstances, Moscow says it hears regional calls to once again fulfill its diplomatic role in the Middle East.

By and large, Russian experts share an understanding that Iran was forced to undertake its recent step as a way to remedy a situation where Tehran keeps abiding by the agreement — as confirmed by multiple IAEA reports — but receives nothing in exchange. After all, reciprocal measures form one of the principles of the nuclear deal. At the same time, there is little optimism about the prospect of Europe being able to create a mechanism to work with Iran’s oil and banking sectors.

Andrey Kortunov, director of the Russian International Affairs Council, suggests that a long-term solution to the whole problem requires the international community to find a suitable place for Iran in the regional security architecture, for it “to stop being a spoiler and become a stakeholder.” Kortunov acknowledges it will take a while and requires trust-building measures, extended contacts between military forces and agreements on foreign military presence in Syria, all of which is now paralyzed by the current US commitment to the stick and lack of carrots when it comes to Iran.

Alexey Arbatov, head of the Center for International Security at the Institute of World Economy and International Relations of the Russian Academy of Sciences, emphasized that out of multiple limitations set by the JCPOA, Iran is still committed to the most important ones. However, the two it has stepped back from (the limits on its stockpiles of enriched uranium and heavy water) are still important. Nonproliferation experts like Arbatov argue that with the stockpile reduced from the pre-JCPOA 20 tons to a post-JCPOA 100 kilograms and the reduced number of centrifuges and capacity of the Fordow nuclear facility, the prospect of Iran making a nuclear bomb remains quite remote.

“The second phase announced by President [Hassan] Rouhani implies an increase in the enrichment levels (above the 3.67% stipulated by JCPOA) and scrapping the plans to reconstruct the Arak nuclear facility, and is going to be more serious,” argues Andrey Baklitsky of the Moscow-based PIR-Center. He says that keeping up with international inspections will be crucially important so the parties can avoid escalation into a full-fledged conflict.

Moscow definitely would not like to see military escalation in the Iranian-American standoff, even though Russian experts assess its chances as rather low. In the past, Russia invested in the negotiation process for the JCPOA and now insists that Iran’s presence at the table is crucial on a number of issues with regard to the Middle East and Central Asia. Perhaps Moscow's own strained relationship with Washington prompted it to give an especially warm welcome to Iran’s foreign minister and support him in his people’s grievances this week. This does not mean, however, that anyone has any illusions about the situation improving in Iran after Lavrov speaks to his European colleagues, as he just promised his Iranian counterpart.