Intel: How Trump's 'maximum pressure' campaign is bringing Iran and Russia closer together 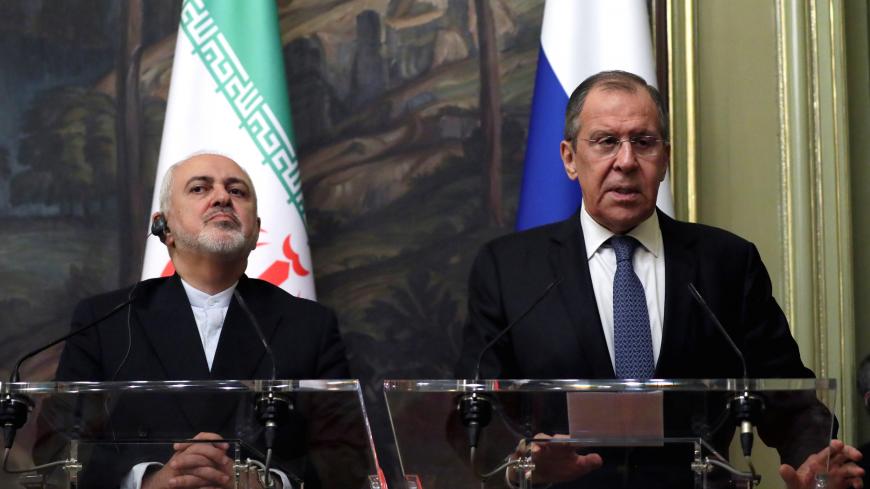 Coming just as Iran announced it was rolling back some of its nuclear commitments under the 2015 nuclear deal and as the United States unveiled new sanctions on Iran's metallurgical sector, the future of the Joint Comprehensive Plan of Action (JCPOA) dominated the agenda. Lavrov called the situation unacceptable and “triggered by the irresponsible behavior of the United States,” while stressing that Moscow “appreciated the Iranian commitment” to stay in the deal regardless of the announced caveats.

Beside the JCPOA, the two top diplomats covered a broad range of other bilateral interactions, from Syria to Central Asia.

Why it matters: Russia doesn’t always see eye to eye with Iran in Syria. But the bottom-line necessity to have a stable relationship in their broader common neighborhood has brought the two countries closer together, especially in the face of mounting economic, political and military pressures from the United States. A day before Zarif’s visit, the Russian Foreign Ministry in a special memo described Iran as “a long-time predictable partner of Moscow in the Middle East region.”

“Engaging with Iran is a key condition for providing Russian national security, reinforcing stability in the Caucasus, the Central Asia and the Middle East,” the note reads. “Iran is a key player in the region. Dialogue and cooperation [contribute to] stability and security, including in countering international terrorism, which was clearly manifested in [the joint] fight with terrorists in Syria.”

A friend in need? The tone of the messages Moscow has been conveying to Tehran is meant to be an antithesis to what Iran usually hears. While the United States and its regional allies label Iran as a principal destabilizing force, Russia argues the country is key to regional security. While Washington lobbies for Tehran’s isolation, Moscow seeks avenues for engagement. Moreover, by focusing exclusively on cooperation on counterterrorism and exaggerating progress on bilateral trade, Russia seeks to reinforce Iran's feelings of bitter disappointment with the Europeans, the would-be saviors of the nuclear deal. While Iranian trust in Russia isn't very high, Moscow remains more reliable than any other player Tehran has been dealing with.

What’s next: Sharing grievances, however, may prove easier than standing up to the United States as each party protects its own interest. Russia, as Lavrov indicated, is ready to partner with Iran to try to convince the Europeans to stick to the nuclear deal and support their proposed INSTEX financial mechanism for Iranian oil exports. Yet while both countries signal that they are in the same boat when it comes to “illegal US sanctions,” neither harbor any illusions that they are left to deal with them on their own.

Know more: Read Maxim Suchkov's analysis of how Russia and Turkey are also growing closer at US expense.