Intel: How Russia is trying to help defuse US-Iran tensions 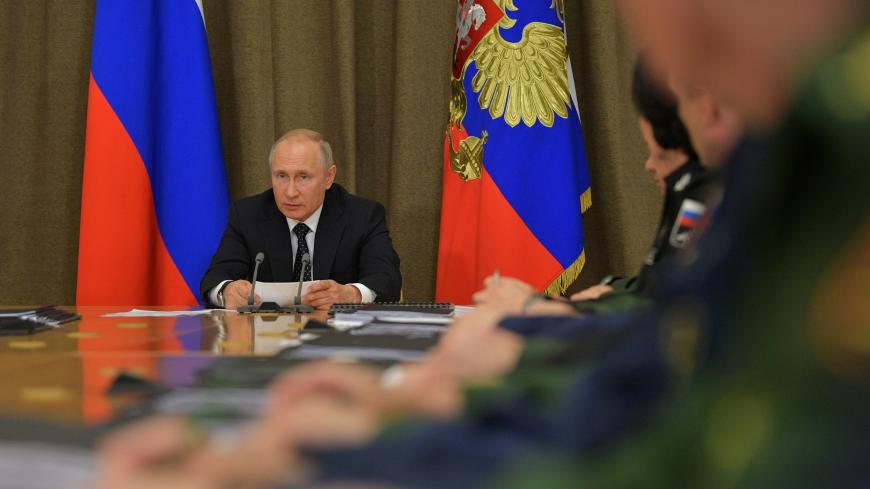 Russian President Vladimir Putin has put Iran on notice that it will be on its own if Tehran overreacts to the United States’ maximum pressure campaign by lashing out militarily or pulling out of the 2015 nuclear deal.

“As soon as Iran undertakes some counter-measures, declares it’s going to abandon some [parts of the agreement], the next day everyone will forget that the US was the first to initiate the collapse of the deal and Iran will take the full burden of guilt for it,” he said at a press conference following a meeting with Austrian President Alexander Van der Bellen in Sochi.

Why it matters: The remarks came right after Secretary of State Mike Pompeo visited Russia for talks on the nuclear deal with Putin and Foreign Minister Sergey Lavrov. Sources in Moscow who spoke with Al-Monitor on condition of anonymity said there was a sense that Pompeo came with a message of reconciliation from President Donald Trump while subtly appealing for Russia’s neutrality in a possible conflict between the United States and Iran.

"The Iranian nuclear deal was briefly discussed," Putin’s foreign policy aide Yury Ushakov told TASS. "We laid out our approach, as it is critical of the recent actions of the US administration. The president and the secretary of state have spent some time discussing possible developments around Iran. I would say that it was an interesting discussion."

Just last week, Al-Monitor reported on how Russia acts as an antithesis to what the United States is doing vis-a-vis Iran. Foreign Minister Mohammad Javad Zarif praised Moscow and Beijing as the only parties that had supported Tehran and helped keep the nuclear deal going. This week, however, while on a visit to China, Zarif urged Beijing and Moscow to take "concrete action" to safeguard the deal while warning of a "dangerous" situation.

Decoding Putin’s message: The remarks by the Russian president contained three messages. One is aimed squarely at the United States: It is to blame for the erosion of the nuclear verification and diplomatic confidence-building measures that the nuclear deal sought to create.

Another message targeted the Europeans, as arguably the only would-be saviors of the deal, for failing to deliver on their commitments. Moscow understands that the European parties to the deal are Iran’s preferred mediators between Washington and Tehran.

Finally, the third message was meant for the Iranian leadership. The Kremlin seeks to share with Tehran what it sees as its own bitter lessons of arguing who is right when it comes to international agreements. Putin also signals that if Iran embarks on the path of “escalation for de-escalation,” it should be prepared for all kinds of pushback, including from the Europeans, who are unlikely to challenge the United States despite their reassurances of the contrary.

What’s next: Since the start of the military campaign in Syria, many in Iran have warned against a close alliance with Moscow over fears of betrayal. Russia, for its part, has developed what it sees as smart relations with Iran that could be used as a bargaining chip with the West.

As tensions around Iran flare up, Moscow will seek to maximize its leverage with both the Americans and the Iranians while hedging its own political and other investments across the region. This doesn’t necessarily mean Russia will “trade Iran in" for illusory reconciliation promises from the Trump administration. But it wants to make it clear that Iran should keep its own expectations of potential Russian help soberly modest.

Know more: Check out Laura Rozen’s story on European reactions to the US moves on Iran and Bryant Harris’ coverage of how Republicans are scrambling to extinguish talk of war.