Unless broad, structural reforms to the administration of prisons and military detention centers are passed in conjunction with changes to the criminal justice process itself, the reforms announced by Lebanon’s interior minister so far will likely only have a moderate impact on the penal system. 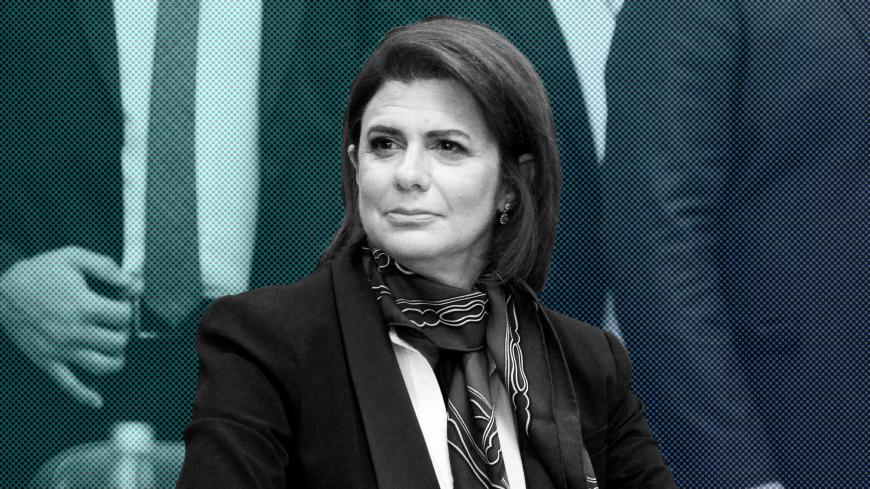 During an interview with the Lebanese paper L’Orient-Le Jour on Feb. 22, new Minister of Interior Raya al-Hassan stated that reforming Lebanon’s overcrowded and abuse-ridden prison system is high on her agenda.

“Indeed, some projects have been implemented by my predecessors, but much remains to be done,” Hassan said.

Since then, Hassan appears to have made progress on this front. On March 28, she and Maj. Gen. Imad Osman, the director general of the Internal Security Forces (ISF), announced a $2.5 million program funded by the US State Department’s Office of International Narcotics and Law Enforcement Affairs.

The program will train officers of the ISF to implement prison management plans, inmate classification practices and prisoner rehabilitation strategies according to internationally recognized standards, and comes on the heels of past assistance that the United States has given the ISF, which totals nearly $200 million.

On April 30, Hassan told Al-Arabiya that construction of a new prison in Lebanon’s north would soon begin, which would help relieve strains on other detention facilities.

Hassan’s efforts may be steps in the right direction, but according to nongovernmental organizations (NGOs) and former inmates, Hassan’s latest push does not go far enough and fails to tackle the inadequate resources, patterns of abuse, pre-trial detention and economic effects of detainment that plague the country’s criminal justice system. As the failures of Lebanese prisons have continued to pile up, calls for prisoner amnesty from inmates, activists and politicians alike have steadily been gaining steam.

Father Najib Baaklini is the president of the Association Justice et Miséricorde (AJEM), a Lebanese NGO that supports inmates and former prisoners, and advocates for the abolition of torture and the death penalty in Lebanon. He argues that reforms and training are only part of the solution.

“We hear about the wishes for reforms,” he told Al-Monitor. “These kinds of reforms are very good, but for us the first thing we need is funding.”

The largest prison in Lebanon is Roumieh Central Prison, which suffers from immense overcrowding — while it was initially designed to house 1,050 inmates, today it holds nearly 4,000.

One former prisoner who spent three months in Roumieh and asked to remain anonymous told Al-Monitor that because of a lack of beds, many prisoners have to sleep on pieces of cardboard or carton paper, and described a variety of issues that plagued prisoners’ daily lives.

This former prisoner, who was released in January after being found innocent of all charges, was one of scores of prisoners in Roumieh who are being detained for months or even years without trial. An ISF source told Asharq al-Awsat that as of November 2018, only 1,026 inmates in the prison had been convicted.

The construction of new prisons — like the one that Hassan mentioned on April 30 — is mentioned in the Lebanese Cabinet’s ministerial statement approved Feb. 6, and the ISF’s own five-year plan lists the expansion and improvement of existing detention centers as one of its goals. While such expansion will help to alleviate these conditions, Baaklini maintained that increased funding is still needed to advance prisoner rehabilitation and to reduce recidivism, calling for the private administration of prisons by specialists.

Maj. Gen. Osman, who spoke to Al-Monitor, agreed more funding was needed, and was open to the idea of private organizations playing a larger role in Lebanon’s prisons on top of the advisory role they currently have.

The ongoing lack of funding is evident in the services that NGOs, like the International Committee of the Red Cross (ICRC), provide for detainees. ICRC spokeswoman Rona al-Halabi told Al-Monitor that the organization regularly provides “hygiene items, blankets, clothes and mattresses to the most vulnerable detainees,” and has helped with the rehabilitation of various prison facilities in Lebanon.

Hoda Kara, the director of Dar al-Amal, which works in women’s prisons, told Al-Monitor that the group is conducting annual training sessions with prison guards on working with female inmates. Yet Kara said that the current rates of input from her group and others are not nearly enough to cover all the inadequacies of the prison system.

The former prisoner Al-Monitor spoke with confirmed many of the problems that the newly announced ISF training program would seek to tackle. “The guards are not well trained,” he said. “There is a problem in Lebanese prisons that they mix people. The detainee who is sentenced to life imprisonment is with one [who has been given] a one-year sentence.”

Other inmates stated that the insufficient number of guards contributes to collaboration and corruption between them and prison gangs that engage in drug smuggling and sexual abuse.

Although efforts at reform have taken place over the years, the pace of change remains slow. Osman said it would take three or four years before the new training program could be implemented. In addition, both Hassan’s reform push and efforts in the past have mainly been focused on the central prison system, and have largely ignored police stations and military detention facilities where many detainees are held for months for questioning, to elicit confessions, or due to inefficiencies in the justice system, before being transferred to official prisons.

Lebanon has passed several laws to combat torture, but it wasn’t until March 9 of this year that it finally named the members of an anti-torture body it established in 2016.

Osman argued that there was no torture in Lebanon, and that many claims of abuse are fabricated or exaggerated. Yet in April 2017, the United Nations Committee Against Torture reported that more than 60% of detainees were tortured during the arrest process “for crimes against national security.” One inmate Al-Monitor spoke with claimed he had experienced physical and psychological torture while in pre-trial military detention.

Farah, another inmate who spoke with Al-Monitor, has been detained on 12 separate occasions, the majority of which took place after he had already finished serving his sentence in 2011, allegedly based on claims of drug use years ago. He has had to serve additional time on top of his past sentence and has paid thousands of dollars in fines as well.

Farah’s case and those of other former inmates points to broader issues around the presumption of guilt for certain crimes within Lebanon’s justice system, and how the effects of a guilty verdict can impact prospects for employment or home ownership. Farah is currently living in a shelter in Rabieh run by AJEM for former inmates, as a result of his past incarceration. It is the only such shelter of its kind in Lebanon.

Claims of corruption in the system and the lengths of pre-trial detentions have led activists to call for general amnesty for certain segments of the prison population, and on Feb. 21, a hunger strike in Qibbeh Prison in Tripoli in northern Lebanon led to a riot demanding such measures. The passage of a general amnesty law was included in the Cabinet’s most recent ministerial statement, and Hassan reiterated April 30 her own support for a partial amnesty law.

Despite the apparent inadequacy of Lebanon’s reforms so far, several bright spots have appeared. In June 2018, a state prosecutor ordered authorities to give certain drug offenders the option to receive treatment instead of detention, and Hassan has begun implementing assistance measures for former inmates like Farah who are struggling to pay off their fines.

Osman said that he is in favor of proposals to mandate that a lawyer be present during detainee investigations.

But unless broad, structural reforms to the administration of prisons and military detention centers are passed in conjunction with changes to the criminal justice process itself, Hassan’s reforms so far will likely only have a moderate impact on Lebanon’s penal system.