Why Bahrain conference won’t be enough for peace

The US-initiated Bahrain conference will bring little to the Palestinians without a real peace process with Israel. 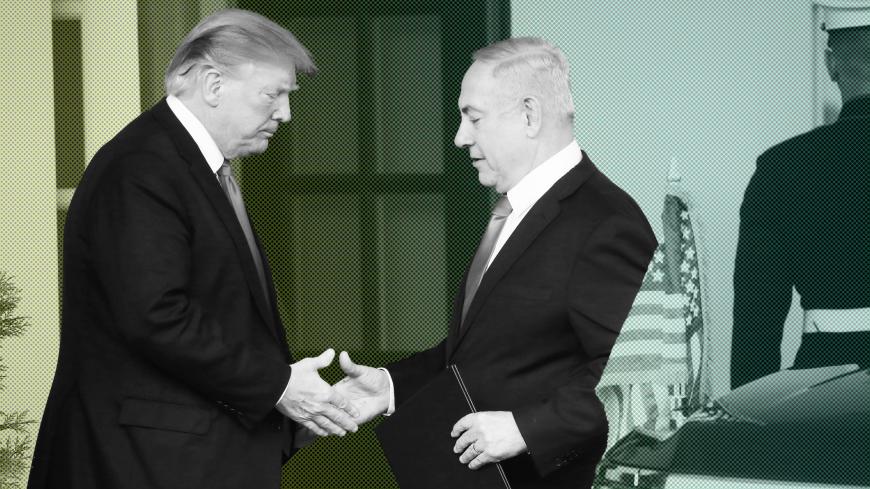 For many months, the US administration has labored over an Israel-Palestinian peace plan. But the recent announcement of a Bahrain economic conference at the end of June suggests that the administration of President Donald Trump would like the Palestinians to be satisfied with economic incentives instead of statehood. In other words, using cash to pressure them.

So what is really behind the “Peace to Prosperity” economic workshop the Trump administration has asked Bahrain to host? Does it express a total lack of understanding and racist contempt for Arabs in general and Palestinians in particular? Is this yet another step coordinated with Prime Minister Benjamin Netanyahu to waste time and exhaust Palestinian President Mahmoud Abbas? Could we be witnessing another display of ignorance regarding the forces at play in the Middle East?

Israel is no stranger to the racist use of economic sanctions designed to stifle the aspirations of a nation struggling against a foreign occupier. Who can forget the notorious 1946 order by Gen. Evelyn Hugh Barker, the head of the British Forces in Palestine and Trans-Jordan, to boycott businesses owned by Jews? In July of that year, following the bombing of the British headquarters in Jerusalem’s King David Hotel by the underground Jewish movement Irgun, Barker said, “[We] will be punishing the Jews in a way the race dislikes as much as any, by striking at their pockets and showing our contempt of them.”

For over two years, the Trump administration has been “striking the pockets” of the Palestinians in an effort to force them to accept its unilateral measures that benefit Israel — chief among them US recognition of Jerusalem as the capital of Israel and the relocation of the US Embassy there last year. The administration has cut US aid to the Palestinian Authority and revoked its support for UNRWA, the UN Relief and Works Agency dedicated to humanitarian aid for the Palestinians. It has also used defunding to undermine activities by humanitarian organizations and initiatives promoting Israeli-Palestinian coexistence.

“Having run Seeds of Peace for several years, what the Trump administration is doing to Israelis and Palestinians is cruel, stupid, and counterproductive,” Aaron David Miller, who served for years on US Middle East peace teams, tweeted last year after the defunding of a summer camp program for Israeli and Palestinian youth.

The Trump administration had a good teacher on using cash as a pressure tactic against the Palestinians. Israel has been delaying the tax revenues it collects for the PA for years. Recently it started deducting the PA's payments to families of Palestinian prisoners and those killed in resistance actions. However, more than a quarter of century after the signing of the Israeli-Palestinian Oslo Accord, it is time for Washington to realize once and for all that economic sanctions will not make the Palestinians give up their aspirations for an independent Palestinian state within the 1967 borders with Jerusalem as its capital and including Palestinian sovereignty over Haram al-Sharif (the Temple Mount). One might have expected the United States to understand that money can at most buy a temporary truce with the terrorist organizations in Gaza striving to crush the PA — which they regard as the rotten fruit of Oslo — and to take control of the West Bank.

Thus, while Israel enables Qatar to line the pockets of Hamas' leadership in Gaza, it portrays the PA to residents of the West Bank as useless. Of course, Hamas would not hesitate to slander Abbas were he to consider for a moment selling out his people for an Arab-American pittance. Judging from the experience of the November 1997 Doha conference convened during Netanyahu’s first term as prime minister, only a handful of Arab heads of state will show up in Bahrain, if any. These memories could explain the silence from the prime minister’s office, which is always quick to welcome every hiccup from Trump.

Most Arab states boycotted the 1997 conference, and those that did take part did not hesitate to condemn the injustice of Israel’s occupation of Palestinian lands. The final communique underscored the need for an Israeli-Palestinian agreement based on the principle of “land for peace” as well as on UN Security Council Resolutions 242 and 338.

A senior Israeli diplomat who participated in the conference said the Israeli delegation had found itself completely isolated. One can assume that in the coming days, once it becomes clear which Arab leaders will accept the American-Bahraini invitation, Netanyahu will order his plane prepared. He will never be caught saying no to the US president he dubs “the best friend Israel has even had in the White House.” Netanyahu aide and spokesperson of his Likud Party Yonatan Urich said last April that the prime minister would respond “positively, in principle” to Trump’s long-awaited deal between Israel and the Palestinians. “We will never have a friendlier administration than this one,” Urich said. “If we go along with it and the Palestinians don’t, when a Democratic administration takes over we can always say that there was an American plan to which we said yes and they said no. … Historically speaking, this is an opportunity to reinforce Israel’s willingness vis-à-vis the Palestinian hatred and blindness.”

Yaakov Amidror, who served as head of Netanyahu’s National Security Council from 2011 to 2013, has a more scientific diagnosis for Israel’s problem with the Palestinians. He claims that those struck by blindness are the architects of the Oslo Accord and their leftist supporters who believe in resolving the conflict with a diplomatic agreement. At a May 13 seminar held by the Steinmetz Center for Peace Research at Tel Aviv University, Amidror opined that recognition of the State of Israel "runs counter to the Palestinian DNA." Yes, the former head of the research division of military intelligence who also served in the prime minister’s office attributes the difficulty of reaching a peace agreement to a genetic mutation in another people.

“The Middle East is not ripe, either, for what you have in mind,” Amidror told veterans of the peace process attending the seminar. The expression on the face of moderator Ephraim Lavie, formerly head of military intelligence for the Palestinian arena, showed astonishment at Amidror’s remarks. Perhaps he, too, was reminded of the anti-Semitic general who presumed to diagnose a genetic Jewish weakness for money.

In the newly published compilation “25 years to the Oslo Process,” Lavie along with fellow editors Yael Ronen and Henry Fishman wrote that a promise of material aid could incentivize the sides to renew their long stalled diplomatic process. That aid, however, must be an integral part of the guarantees and assurances required for implementation of any agreement they reach — not before a deal is achieved and obviously not instead of one.