On the backdrop of attempts to reach an arrangement with Hamas and ahead of an especially sensitive month, Israel minimizes retaliation against the provocations of Islamic Jihad. 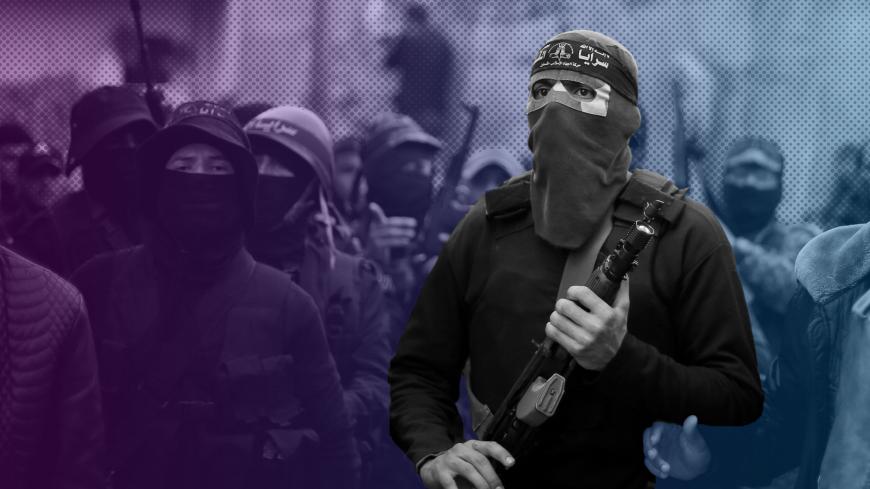 Egypt was asked on May 2 to return to its old role of policing Gaza. Representatives of Hamas and Islamic Jihad received an urgent summons to Cairo in an effort to restore some sense of order in the contentious Gaza Strip. Since the appointment of Ziad Nahala to Islamic Jihad's chief in September 2018 to replace Ramadan Shallah, who suffered a stroke, the group has been playing with fire by posing serious challenges to Hamas. Every time it seems as if some understanding has been reached between Hamas and Israel, and Islamic Jihad is asked to toe the line in the “Palestinian interest” or, in other words, to follow Hamas’ lead, the recalcitrant group has attempted to prove that it is completely independent. That’s what happened on April 29. Without giving Hamas any advance warning and ostensibly without any real reason, Islamic Jihad activists fired a rocket at Israel. Gaza has been seething as a result.

The long-range rocket landed in the sea, though the Israel Defense Forces (IDF) claimed that its intended target was an Israeli locality in the south. News was later released claiming the rocket was aimed at the city of Ashdod. Under normal circumstances, the IDF tends to blame all rocket fire from Gaza on Hamas, arguing that it is the ultimate authority in the Strip. In this case, however, it stated that the rocket was fired by Islamic Jihad and placed the blame specifically on Baha Abu al-Ata, commander of Islamic Jihad’s Jerusalem Brigades in the northern part of the Gaza Strip. A general announcement by the office of the IDF spokesperson claimed that for the last while, Islamic Jihad had been trying to "interfere with the process leading to an arrangement and cause the security situation to deteriorate while maintaining a low presence.” He claimed that despite efforts to prove coordination between Hamas and Islamic Jihad, no such coordination exists, because Islamic Jihad is not subject to the authority of Hamas.

Despite all of that, the IDF made do with a low-key response to the rocket fire. Two reasons for this can be found in the IDF spokesperson’s statement: “We are facing several very significant days: Memorial Day, Independence Day, Nakba Day, the anniversary of the US Embassy being moved to Jerusalem and other events in Tel Aviv (referring, no doubt, to the Eurovision song contest).” The second reason was stated only briefly in the announcement: “Many nations are engaged in efforts to benefit the citizens of the Gaza Strip.”

In the days before that rocket landed in the sea, Hamas sent Israel a list of restrictions it wanted to be eased. According to the Walla news site, this list, which was transmitted via Egypt, included an extension of the fishing zone to 15 nautical miles off the coast, assistance in obtaining medications, an increase in the number of trucks allowed at border crossings, an increase in exports, permission for medical teams and equipment to enter the Strip, and the possibility of moving forward with various humanitarian projects in Gaza. The fact that Islamic Jihad fired its rocket put these requests by Hamas in a different light.

Apparently, this is the reason Israel concluded that Islamic Jihad was trying to block Hamas’ efforts and gave Hamas time to put its house in order without a military attack. On the other hand, it would have been impossible to exempt them from any response whatsoever, so the Coordinator of Government Activities in the Territories Kamil Abu Rokon announced that the fishing waters off the Gaza coast would be limited to just 6 nautical miles. At the same time, the IDF spokesperson made the unusual move of releasing a photo of Baha Abu al-Ata. This was a very clear hint that he alone would be held responsible for anything that happens to him if he continues with his seditious activities. In other words, he could be a target for assassination.

Islamic Jihad got the hint immediately. Nahala was quick to announce that if Israel dares to renew its policy of assassinations, no matter how senior the target is or how minor for that matter, “We will target major cities. … We will have no red lines.”

How long will Israel be prepared to overlook provocative actions by Islamic Jihad? Not for long, apparently. This is why representatives of Hamas and Islamic Jihad were summoned urgently to Cairo while the leader of Hamas in Gaza, Yahya Sinwar, set off for the Egyptian capital as well to discuss his movement’s relationship with Islamic Jihad and advance an arrangement with Israel.

Another question is why Hamas, which rules Gaza by force of arms and terrorizes its rivals in the Gaza Strip (particularly Fatah supporters), has been so forgiving of Islamic Jihad’s insubordination to the point of being self-deprecating toward them? After all, Islamic Jihad doesn’t even try to hide its intent to get Hamas in trouble. Nevertheless, Hamas continues to avoid any conflicts with the group’s political leaders Nahala, who is in Lebanon; his deputy, Mohammed al-Hindi in Gaza; or the group’s military wing, the Jerusalem Brigades.

One Israeli security source told Al-Monitor on condition of anonymity that Hamas has no interest in feuding with Islamic Jihad’s leadership, and not only because they both share the same protector: Iran. He said Hamas has a distinct interest in preserving the power structure that it built up, including the Jerusalem Brigades, as “reservists” in their joint military force in Gaza.

Jihad may be a small group in the Gaza Strip, particularly when compared to Hamas. On the other hand, it has successfully converted Iranian aid into an impressive military force. Currently, the movement’s relationship with Hamas is based on common interests. If one day those interests collapse, Islamic Jihad could turn this force against Hamas itself.

Furthermore, it is convenient for Hamas to use Islamic Jihad’s armed militants as subcontractors when it wants to force Israel into some move or other. In other words, Hamas would be happy to allow Islamic Jihad to engage, when convenient, in provocations against Israel and then claim that they were not involved so as not to face a military response from Israel. In most cases, this actually works.

The problem as far as Hamas is concerned is that right now the subcontractor wants to be an equal partner in governing the Strip, and this would including having a say on any future arrangement with Israel. Jihad does not agree that Hamas leadership can make a decision of this magnitude alone. As far as Islamic Jihad is concerned, the military forces that it provides Hamas come with a price.

The way Islamic Jihad has chosen to convince Hamas of its position is by firing rockets at Israel or placing explosive devices along the border between Israel and Gaza. It believes the message is clear. If Hamas does not bring them into the circle of decision-makers, it will be forced to deal with the Israeli response on its own.

By the way, it’s worth noting that this was the exact same approach used by Hamas in Gaza against Fatah during the second intifada in 2000-2005. At the time, Hamas demanded that PLO leader Yasser Arafat include the organization in the various decision-making processes as well as in the institutions of government.

Is that at all possible now? Will Hamas really allow Nahala and Abu al-Ata to be full partners in governing the Gaza Strip? That is highly doubtful. Hamas is well aware of how it will end. All it needs to do is look back at how it seized control of the centers of power in Gaza back in 2007 while violently expelling the Palestinian Authority.