Baghdad and Erbil's relations have largely normalized following the Kurdistan Regional Government's failed independence referendum in 2017. However, the Kurdish failure to commit to the federal budget law risks tarnishing those relations. 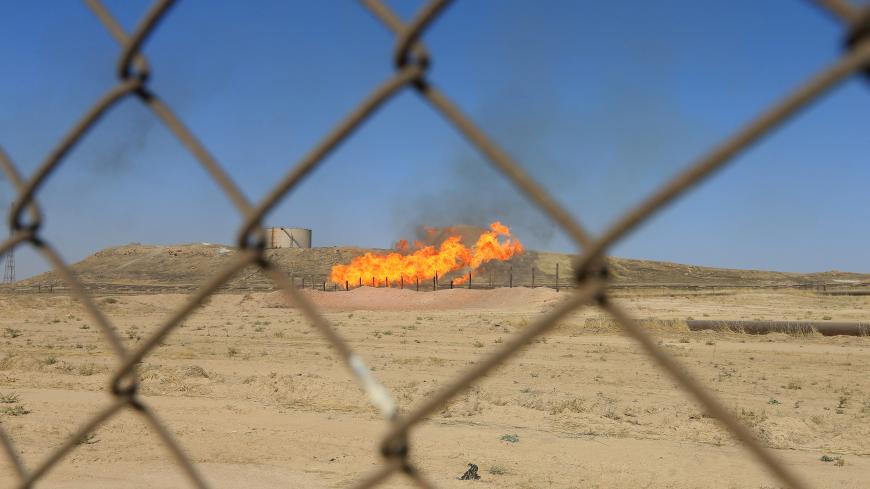 Iraqi Prime Minister Adel Abdul Mahdi is under great pressure from his government to force the Kurdistan Regional Government (KRG) to deliver the allotted 250,000 barrels of oil per day to the State Organization for Marketing of Oil, as per the 2019 federal budget law.

Pan-Arab newspaper Asharq al-Awsat reported on May 22 that Abdul Mahdi has threatened to slash the KRG budget if the oil is not delivered. Ayad Allawi, the head of al-Watania alliance, announced May 28 that Abdul Mahdi asked him to go to Erbil and discuss the oil dispute with KRG Prime Minister Nechirvan Barzani. Allawi met with Barzani and received his assurance of cooperation with Baghdad. Yet the dispute has not been solved.

Fuad told Al-Monitor that parliament needs to amend the budget law, as Baghdad cannot cut off payments to KRG employees and peshmerga forces. Fuad said she was at the meeting where Abdul Mahdi said his Cabinet was committed to paying KRG employees.

"The Kurdish parliamentarians have made sure in Baghdad that political conflicts should not be mixed with the payments of the Kurdistan Region public employees," she said. "However, there are some people in Baghdad who call for the KRG [to commit to handing] over the oil. Additionally, there are also some chauvinistic voices who benefit from the conflicts."

If things continue like this, Fuad added, KRG payments could be "in danger in 2020," he said.

But the voices of Iraqi politicians who are calling for Abdul Mahdi to cut off payments to the KRG are strong in Baghdad, and they are getting stronger, as they believe Abdul Mahdi is too generous with the KRG.

Fuad urged Erbil and Baghdad to reach an agreement, as the KRG "cannot survive another financial crisis, and the financial crisis will not be resolved with the support of the Baghdad."

The KRG has not abided by its daily oil quota to Baghdad because it is paying back several local and international loans. Meanwhile, the Iraqi government has also called on the KRG to hand over its revenues from border crossings, as per agreements, but Fuad said that the government should "first start by controlling the revenues of the Baghdad and Najaf airports and Fao port." She said that Baghdad's insistence on the KRG payments suggests that "ethnic conflicts remain."

Sarkawt Shams al-Din, a member of the New Generation Movement in the Iraqi parliament, said that Baghdad has filed two lawsuits regarding independent KRG oil exports: one against the KRG in the Iraqi federal court in Baghdad, and the other against the Turkish government in France, which would bring KRG oil exports under Baghdad's control.

Shams al-Din said that Turkey has "made sure if Turkey loses the case in the French court, it will pay [Baghdad] back from the KRG oil exports." The KRG exports its oil through its pipeline to the Turkish port of Ceyhan. Baghdad considers the independent exports unconstitutional.

Baghdad wants to appease the KRG following its failed independence referendum. However, this policy will not continue for long because it faces opposition in Baghdad.

Yaseen Taha, a well-known Kurdish political analyst on Iraqi affairs, said, "Until recently, it was expected that the KRG would [hand over] its oil to Baghdad. However, after it was reported and confirmed by Iraqi Finance Minister Fuad Husayn that the KRG has been given the funds, as per the Iraqi budget law, but the KRG has not handed its oil to Baghdad, calls increased that Baghdad should cut funds."

Taha believes that, in the beginning, the calls to cut KRG funds in the Iraqi parliament were coming from opponents of Abdul Mahdi's Cabinet. However, now the calls are being echoed across a wider swath of politicians and among the general public.

Taha said that Abdul Mahdi's silence on the KRG's nontransfer of oil is because he needs the "support" of the KRG. Meanwhile, the Kurdistan Democratic Party (KDP), the Popular Mobilization Units and the leaders of al-Fatah have "an agreement to keep an eye on the KRG not abiding by the law so that the KRG can pay the loans," Taha said.

Taha added that "Iran has played the main role in this regard, as Iran wants to bring the KDP under its pro-Shiite axis to avoid the US sanctions and a possible attack. Iran wants the KRG not to support the United States in the current rise of conflicts between the United States and Iran."

Taha agrees with Iraqi politician Baha al-Araji, who recently said that the current situation is "the price the government of Iraq pays" on behalf of Iran so that the KRG does not side with the United States against Iran.

Faisal al-Issawi, a member of parliament's Victory Alliance, told Al-Monitor, "There is a huge amount of pressure to cut all the KRG funds. However, we have done our best so that the public employees' payment will not be cut. Two main options are on the table: first, to cut all the funds from Baghdad to the KRG, unless the KRG hands over its oil. The second option is that the KRG does not abide by the agreement, and the Iraqi government will still pay the KRG public employees."

Issawi said there is "a good opportunity" to reach a compromise because Baghdad is ready for "a win-win agreement." Issawi said that certain factors could be used as leverage against the KRG, such as an international court previously ruling against Turkey in a case regarding KRG independent oil exports, and also Turkey saying that it is ready to stop KRG exports.

If the KRG does not reach an agreement with Baghdad, several gains will be at risk. It would be even worse than when the KRG lost control of the Kirkuk oil fields, leaving it unable to pay its expenses with remaining oil revenues. 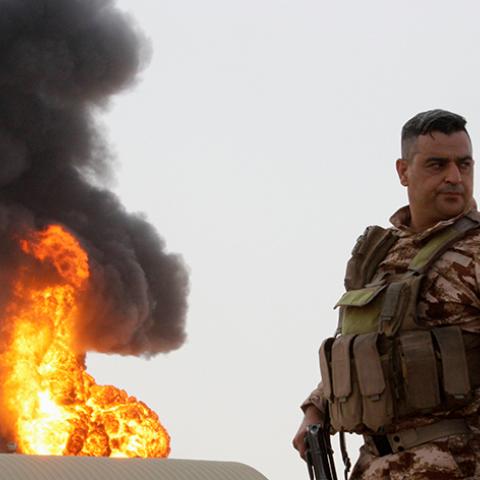