Skeptics wary as Trump appears to ease off Iran

The tense rhetoric between Tehran and Washington appears to be settling down after US President Donald Trump asserted that he is not pursuing regime change, but his latest remarks were received with skepticism in Iran. 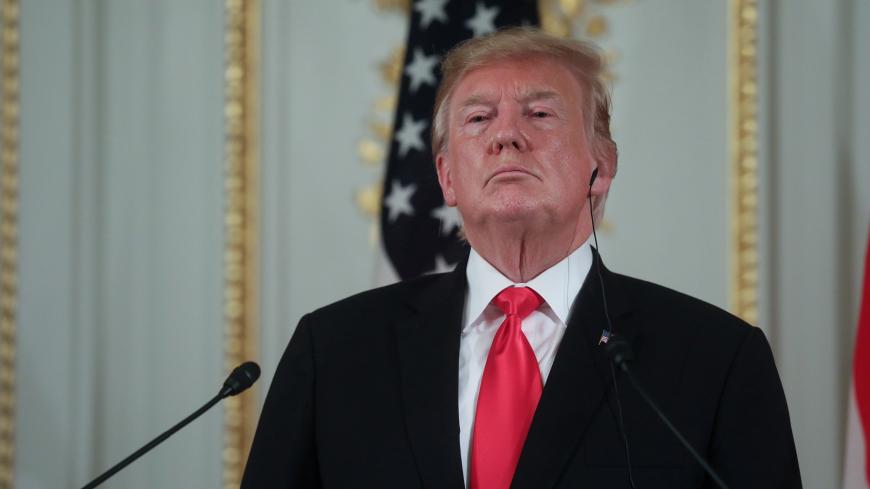 "We’re not looking for regime change. I just want to make that clear. We’re looking for no nuclear weapons. … I’m not looking to hurt Iran at all," said the US president during a joint press conference with Japan's prime minister in Tokyo May 27. Donald Trump expressed some confidence that a deal with Iran with "tremendous economic potential" was possible.

The comments marked a significant shift in tone from a president whose administration has gone to great lengths to pressure the Islamic Republic, particularly in the past few weeks and most recently in the form of US reinforcements in the Persian Gulf.

Trump's conciliatory remarks were followed by reports that he had embraced a Japanese offer for mediation between Washington and Tehran. Japan's Prime Minister Shinzo Abe announced that his country would do "whatever it can" to alleviate "tension surrounding Iran" and avoid an "armed conflict."

In reaction, Iran's Foreign Ministry spokesman said there was "no prospect for negotiations with the United States for now," but confirmed that arrangements were being made for an upcoming visit to Tehran by the Japanese prime minister.

Too big to be ignored, the story received extended coverage by a multitude of media outlets in Iran. Abe's mediation offer was presented to Trump "on the golf course," according to pro-Reform Shargh. Mardomsalari, another Reformist paper, took pride in Trump's "retreat" from his earlier anti-Iran stance.

Hard-line outlets, on the other hand, tried to avoid excitement. An editorial published by Javan — which is affiliated with the Islamic Revolutionary Guard Corps — suggested that Trump's actions, from economic pressure to military deployments, contradicted his words. Further skepticism came from conservative Khorasan. "The man who keeps changing color and was earlier speaking about an official end to Iran has just changed his tone to maintain his paradoxical policies regarding Iran," read the paper. Kayhan, which vehemently opposes any rapprochement with the United States no matter who sits in the Oval Office, described Trump's recent moves against Iran as a failed "puppet show," with him now "lining up one mediator after another."

Those mediators, according to media reports, included Oman and Iraq. The Omani foreign minister was in Tehran earlier this month and Iraq has been in close contact with both Washington and Tehran. Officially, however, Iran has confirmed none of the mediation reports. "No direct or indirect talks with US, but ready to negotiate with each and every country in the Persian Gulf for balanced and constructive relations based on mutual respect and interests," tweeted Deputy Foreign Minister Abbas Araghchi while on a recent tour of Oman, Kuwait and Qatar.

Araghchi's trip seemed to fall within a wider diplomatic push by Iran's Foreign Ministry, which has seen top diplomat Mohammad Javad Zarif shuttle from Russia and Turkmenistan to India, China, Iraq and Pakistan. It was in Baghdad over the weekend that Zarif unveiled a plan for deescalation. He offered what has been described as a "non-aggression pact" with regional countries. The proposal, according to Reformist Ebtekar, was a "giant leap toward containing the flames of tension" in the Persian Gulf. "The ball is now in the court of Saudi Arabia and the United Arab Emirates," reported pro-reform Aftab-e-Yazd, suggesting that the two Arab states are left with no pretext for further escalation with Tehran.

Zarif himself reacted to Trump's latest comments, addressing the US president’s stated concerns about Iran's nuclear program. The Iranian foreign minister referred to a religious edict by Supreme Leader Ayatollah Ali Khamenei on nuclear weapons banning such arms. "Actions — not words — will show whether or not that's Trump's intent," he tweeted. Zarif, who was in Tokyo earlier this month, will probably have a hectic few weeks coming up, when a delegation headed by Japan's premier will be in Tehran to reportedly present the mediation offer.

According to an Iranian journalist, "If Abe pays that visit, it will be the most important one after the Islamic Revolution, because under the fundamental principles of Japan's foreign policy, Tokyo always refrains from mere symbolic moves. If they foresee no concrete outcome, they won't let that trip happen." 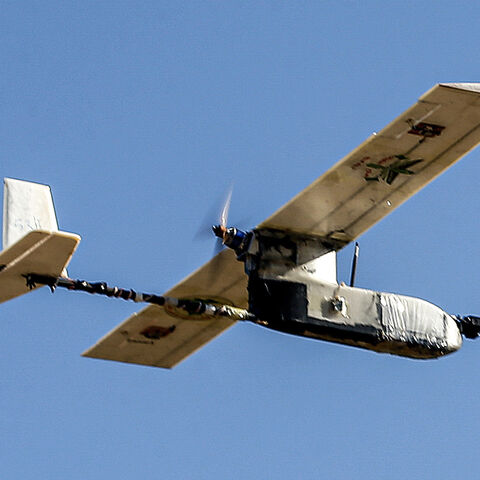