The Central Bank of Iran will soon engage in open market operations for the first time, but lingering structural issues and the possibility of government meddling threaten the effectiveness of such a measure in curbing money supply and inflation. 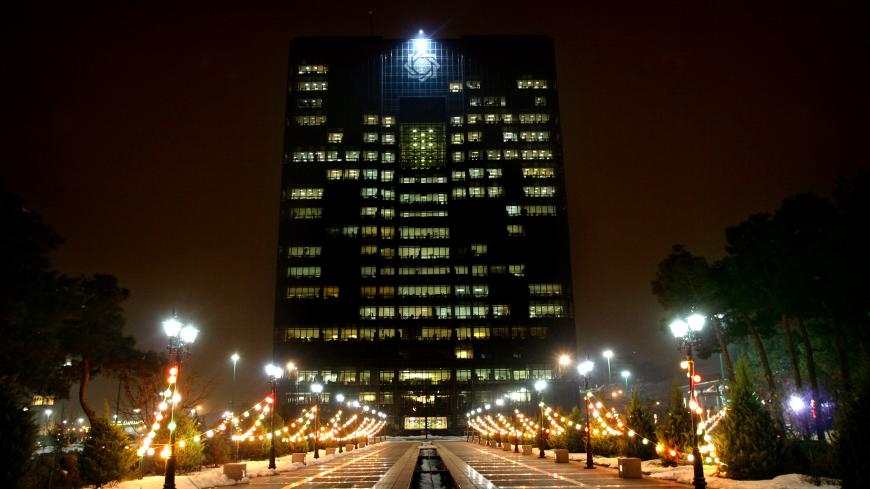 Under the leadership of Abdolnaser Hemmati, the Central Bank of Iran has recently secured a fresh financial tool to better steer Iran's highly troubled economy, which faces stagflation for another year on the back of local mismanagement and unilateral US sanctions. But how successful will the central bank be, and how big of an impact will this have?

The Money and Credit Council, Iran’s top financial decision-making body, allowed the central bank on April 16 to engage in open market operations (OMOs) for the first time in the country’s history.

Central banks have used OMOs for nearly a century to directly influence money supply and in turn impact interest rates and inflation. They involve the purchase or sale of securities, typically government debt securities, on the open market.

But in Iran, the constitution, the Usury Free Banking Law and the Islamic Criminal Law collectively call for financial operations to take place based on Islamic values, which prevent the implementation of OMOs on common securities. Instead, the central bank will now be operating on Islamic securities, specifically treasury bonds that were first introduced about five years ago.

In theory, OMOs could be effective in controlling money supply by way of contractionary or expansionary monetary policies that respectively entail selling and buying securities to reduce and increase the total amount of money in circulation. Changes to money supply indirectly affect short-term bank interest rates and inflation, and in turn impact overall interest rates.

That seems like a good solution for the Iranian economy, which is combating all those problems, including but not limited to stratospheric money supply that has grown at an annual rate of over 20% in recent years, high inflation and stubbornly high interest rates. Indeed, officials and pundits have unanimously praised the central bank OMOs license as a constructive move. Central bank chief Hemmati has also expressed confidence in the effectiveness of OMOs, saying they will be especially useful in maintaining interest rates and inflation within corridors desired by the regulator.

Successfully implementing OMOs might be the only way the central bank can meaningfully steer interest rates. Over the past few years, the regulator has failed to curb unruly interest rates even though all factions of the ruling establishment have been in favor — at least publicly — of cutting rates to foster local production.

The hefty credit crunch and other balance sheet problems faced by the banking system have prompted the banks to favor higher rates to attract deposits in the absence of other more modern revenue streams. Shortly before the greenlight for the implementation of OMOs was given, Hemmati had told a gathering of high-level public and private sector officials that the central bank has no plan to directly change interest rates.

However, the very same confluence of structural issues challenging the bank-centered Iranian economy will constrain the effectiveness of OMOs.

For instance, the Iranian governments’ structural budget deficits have been caused by decades of mismanagement; banks have turned to excessive overdrafts from the central bank to stay afloat, driven by high levels of non-performing loans. Ultimately, this has fueled the constant expansion of the money supply.

“Therefore, high levels of inflation that are largely a monetary factor, and are to an extent influenced by outside factors such as sanctions, will also persist,” added Mahidashti, an expert with the Ministry of Economic Affairs and Finance.

He explained that OMOs are mostly aimed at instilling short-term and minor changes to interbank and interest rates, and they are in no way capable of resolving major structural issues like state budget deficits. “Hence they cannot implement structural changes in Iran’s economy and take it out of the stagflation cycle,” he said.

Meanwhile, since the central bank still desperately lacks independence from the government, the process of deciding the prices and rates of the bonds that are to be exchanged in implementing OMOs may be compromised. “There is a concern that the government would meddle in setting the rates and prices, which will prevent the central bank from reaching its ultimate goals of controlling inflation and the market,” banking expert Kamran Nadri said in an April 14 interview with local media.

Nadri, who at the moment heads the Islamic banking department of the central bank-affiliated Monetary and Banking Research Institute, added that the government desires low interest rates and high prices on the bonds, and is likely to pressure the central bank. “But the central bank must make its decisions based on economic conditions and away from political and emotional factors, since its mandate is to control inflation and resolve the major financial issues of the country,” he said.

While largely working toward the same goals as the government, Hemmati’s central bank has proven to be much more authoritative and independent than that of his predecessor, Valiollah Seif, who is partly blamed for faulty policies that contributed to the scope of Iran’s currency crisis before and after Donald Trump’s administration embarked on its “maximum pressure” campaign. Most recently, Hemmati signaled in March that the government’s failed currency policy will be revised.

If Hemmati manages to fend off pressure from the government and to implement OMOs, it could signal a new era in central bank leadership in Iran. That is especially true since long-gestating articles of bank reform — a main focus of which is central bank independence — are also expected to be put to a vote in parliament by the end of the first half of the current Iranian year, in September at the latest.