Egypt to boost spiritual tourism through the Holy Family trail

The Egyptian government plans to revive the Holy Family trail, connecting locations visited by Jesus, Mary and Joseph some 2,000 years ago while fleeing King Herod’s soldiers. 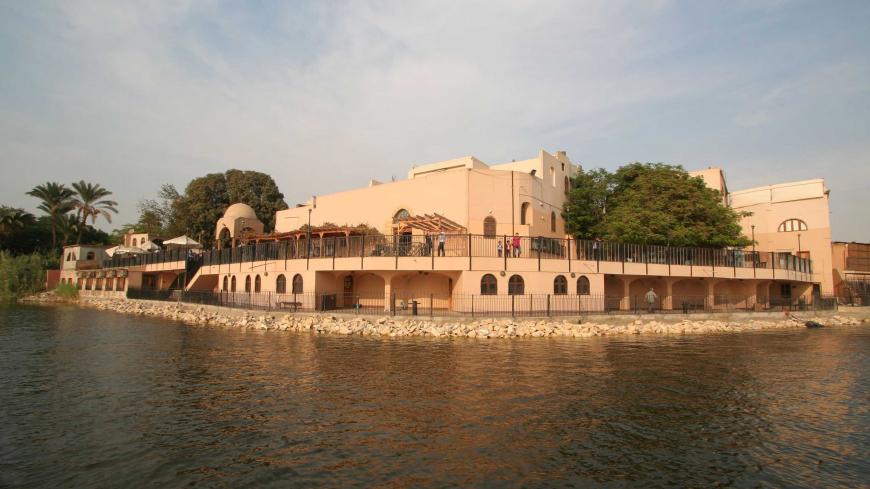 The Church and Monastery of the Virgin Mary, Cairo, is shown in a picture uploaded July 12, 2012. - Facebook/StMarymaadiofficial

On the bank of the Nile as its courses through the well-to-do Cairo district of Maadi, the Church and Monastery of the Virgin Mary stands today as an important stop for Christian pilgrims in Egypt. According to the Holy Family tradition, the sanctuary marks the spot where Jesus, the Virgin Mary and Saint Joseph embarked during their flight from King Herod's soldiers, a story recounted in the New Testament Gospel of Matthew. Like other holy places, the church is also said to be the site of important miracles, the most remarkable of which dates from 1976, when a Bible of unknown origin was found floating on the Nile open to Chapter 19 of the Old Testament Book of Isaiah (19:25), which reads “Blessed be Egypt my people.”

“This is an ancient church, and it is due to it being part of the route of the Holy Family’s visit [to Egypt], that for anyone coming to visit churches in the country, this one is a must,” Wahba, an employee in the church, told Al-Monitor. In April, the Egyptian government announced that the Church of the Virgin Mary will be part of a project aimed at reviving the Holy Family trail, tracing the path Jesus, Mary and Joseph traveled and identifying the sites they are believed to have stopped at some 2,000 years ago while being pursued by Herod’s soldiers.

Adel Gendy, national coordinator for the trail project and the general manager for international relations and strategic planning at the government-affiliated Tourism Development Authority, told Al-Monitor that the program consists of three main stage.

The first, or pilot, stage, which should be completed within the next two months, includes the frequently visited and well-known Church of the Virgin Mary in Maadi and Abu Serga (Church of St. Sergius and St. Bacchus) in Coptic Cairo along with three monasteries in Wadi Natrun, in the Beheira governorate, 62 miles northwest of Cairo.

The second stage will involve the renovation of sites in the Upper Egypt governorates of Minya and Asyut, among them Dayr al-Muharraq (or Muharraq Monastery), considered the most important station along the trail, as a place to which Jesus returned after the Resurrection. This stage will require two to three years of work. The third stage will focus on locations in the Delta and should be completed in three to five years.

“We are focusing on [the development of] infrastructure and tourism services,” said Gendy, with the government's goal being to improve accessibility and upgrade the facilities and structures, with additional accommodations expected to be provided by the private sector. The Ministry of Tourism's budget will cover the cost of the first stage, 60 million Egyptian pounds ($3.5 million). The budgets for the other two stages have not yet been drafted.

Development of the Holy Family trail is being conducted in cooperation with the Ministry of Antiquities, which is responsible for Egypt's tangible heritage, the Ministry of Culture, entrusted with intangible aspects of the country's heritage, and the Ministry for Local Development, which will facilitate coordination among the governorates in developing the trail.

“The [trail] of the Holy Family is one of Egypt’s most important cultural, touristic and historical projects, and [the] ministries are doing their best to do the path successfully,” Ambassador Mohamed Higazy, adviser to the minister of local development for international cooperation, explained to Al-Monitor.

In addition to overseeing the work on the ground, the Ministry of Tourism will before the end of the year ask UNESCO to consider designating parts of the trail as World Heritage Sites, which would bring it added recognition.

“We will submit two files, one for the tangible [heritage] category, in which we are trying to list the three monasteries in Wadi Natrun, and one for intangible [heritage], such as the folklore, traditions and customs involving the celebration of the Holy Family's entrance [into Egypt],” Gendy detailed.

The primary goal of the trail project is to encourage spiritual tourism to Egypt, paying particular attention to Christians though not solely.

“We decided to focus on spiritual tourism because if you launch it as a religious tourism [initiative], you are reducing the ceiling by only appealing to Christians,” said Gendy. “‘Spiritual’ is rather more suitable because we are launching the project for humanity.”

At the same time, the government aims to create economic opportunities in traditionally marginal places, such as Upper Egypt, by taking advantage of the trails path. “Most of the communities along the route are poor and need job opportunities, so we think that this is a good chance for developing tourism at these stops,” Gendy said.

Gendy further explained that the Ministry of Tourism will conduct training courses for local communities on basic hospitality and selling their services and will also arrange for English classes. The first of these programs will start in mid-June in Minya.

According to Hulsman, the situation began to change in the 1990s. At that point, he said, Tourism Minister Mamdouh el-Beltagy brought new life to the Holy Family tradition by asking Pope Shenouda III, patriarch of the Coptic Orthodox Church, to provide him with a map of the places trodden by the Holy Family, with the goal of bringing under one umbrella what up until then had been individual locations. Shenouda formed a committee of bishops to draft the map.

“The [new] millennium celebrations created momentum to do something new for the Holy Family tradition,” Hulsman told to Al-Monitor. “Without those celebrations, the tradition would have been there but probably would not have had the same push.”

For Gendy, one of the most important recent developments for the trail was the visit by Pope Francis to Egypt in April 2017, an event used to boost the trail. That said, despite the current plans for the trail, some remain skeptical of them, citing the many empty promises made by administrations over the years to develop it.

“Two popes have been to Egypt, in 2000 and 2017, and have pinpointed the idea that this place is blessed, so the government should have used that,” Samir Gayed, a businessman who has been lobbying for the promotion of the trail for more than two decades, told Al-Monitor. “But the circle keeps repeating. They open the folder for a time, but when it comes to concrete actions, nothing really happens.”