Garbage collectors of Ankara discover sound of music in trash

Members of The Tin Band, made up of municipality trash collectors, use recycled instruments they find in bins to give public concerts. 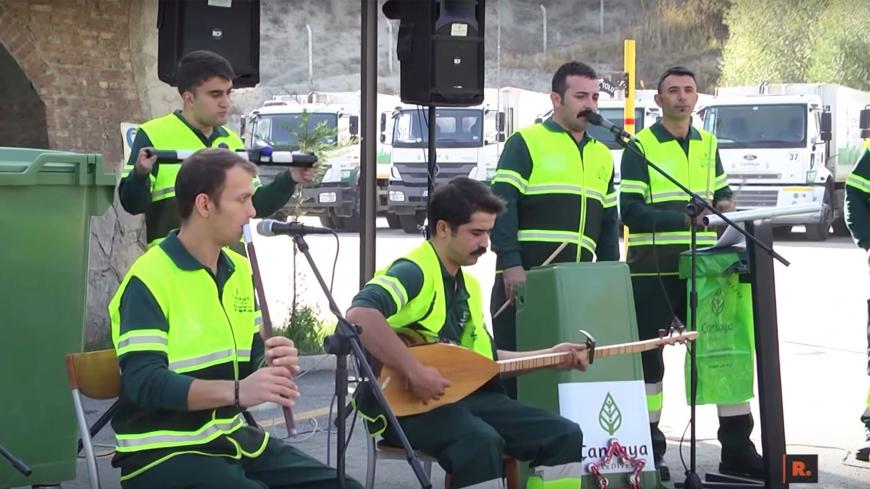 Garbage collectors play music on instruments they found in the Cankaya district of Ankara province, seen in a still from a video uploaded Oct. 19, 2017. - YouTube/Gazete Duvar

“Everything in nature has a tune, even garbage,” Sertac Akin, who works as a garbage collector at the Cankaya district in Ankara province, told Al-Monitor. Akin and 11 of his colleagues have been making music for the last two years — ever since they formed “The Tin Band.” They play the instruments they find in the trash.

The Tin Band (Grup Teneke in Turkish) has given concerts all around Turkey, but their moment of fame was at a Labor Day concert when they performed before thousands. The next day, they played once more at the Labor Films Festival. The concerts took place a month after the municipal elections where the ruling Justice and Development Party lost the metropolitan municipality of the capital to the Republican People's Party (CHP) after nearly two decades. The Cankaya district where the members of the Tin Band work, the largest district in Ankara province, is a traditional CHP stronghold.

At the Labor Day concert, which Al-Monitor attended, the band came on stage in their work overalls, playing the instruments they had picked up or made themselves from what they had found in the trash. One of them played a baglama, a lute-like instrument with a long neck and seven strings, while another had tied together two large metal trash cans with a metal band to make a drum. He hit the trash cans for a bass sound and the metal band for a more piercing one. The drumsticks were also salvaged from the garbage. Two flutes that had been repaired accompanied the sound of the drums and the two singers.

Sertac Akin, the lead singer who brought the crowd to a standing ovation with "March of May 1," studied archaeology. Unable to find a job after graduating, he became a trash collector at the municipality. He told Al-Monitor that this is no easy job. “The hardest thing to do in this world is picking up garbage from the streets and loading it onto a truck. People finish their day and go home to rest. We, however, start working then, while they rest, gathering the garbage they left on the streets.”

He said, “You stand in front of a pile of garbage bags that no one wants to touch and you have to load them onto the truck, without knowing what is in it — there may be needles, broken glass, medical waste and even dead animals, or parts of dead animals.”

He added, "But sometimes you find books.”

The Cankaya garbage collectors made international news last year when they opened a library with the books that had been thrown out. Initially the small library created with the discarded books were for the use of municipality workers and their families, but as the number of books increased to some 6,000, including books in English and French, the municipality decided to move them to a renovated brick factory and opened it to the public. 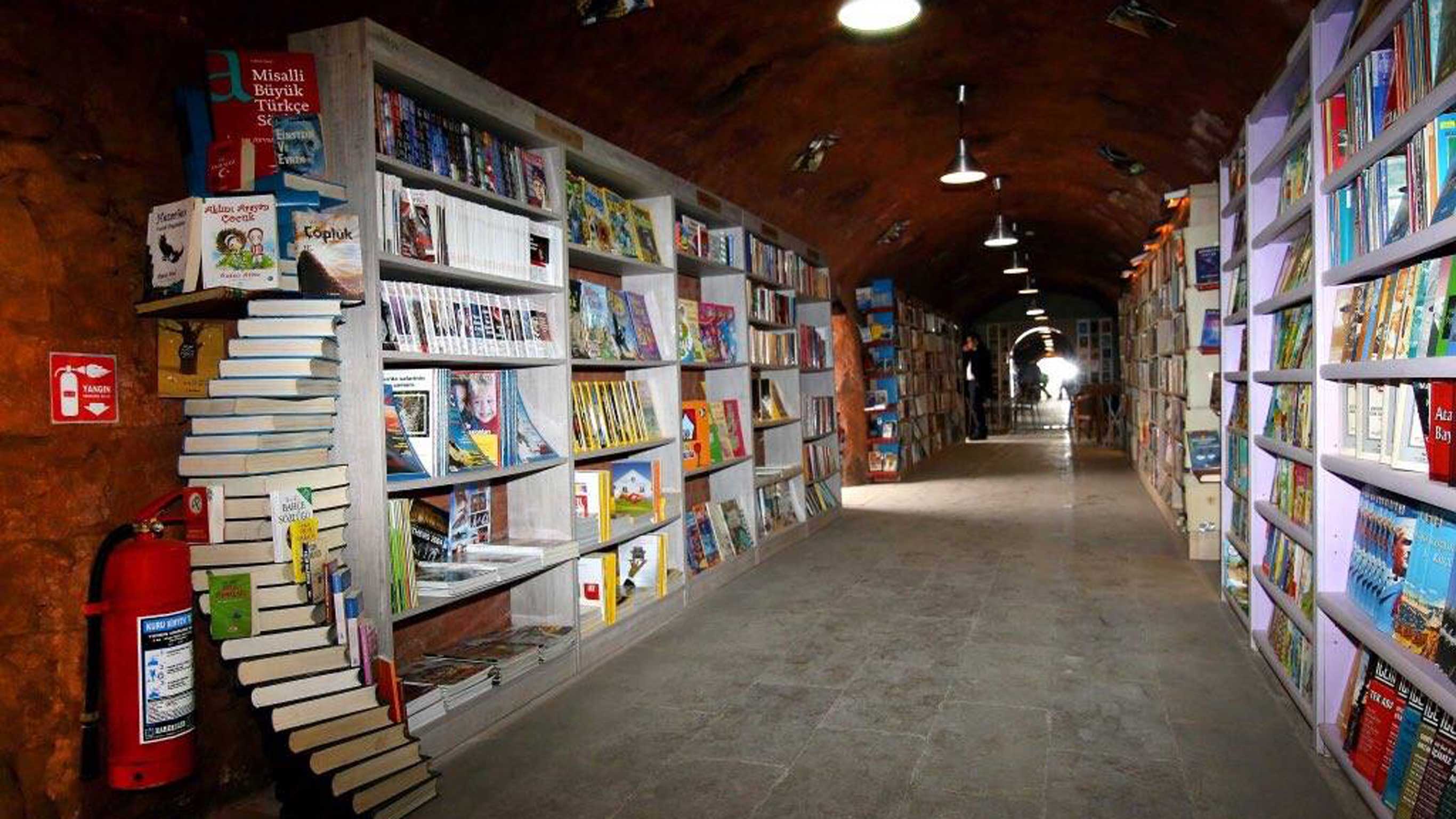 The library opened by garbage collecters with books they have found, Cankaya, Turkey, seen in a picture uploaded March 9, 2018. (Facebook/AnkaraCankayaBelediyesi)

The library, like the band, is the brainchild of Emirali Urtekin, the director of the municipal cleaning office. “I wanted to find a way to use the capabilities of the team to do good,” Urtekin told Al-Monitor. “I also wanted to show them that their work is valuable and that they are appreciated. We helped the community by building the library. We created a band and showcase our talents — sometimes we perform at social projects too.”

Earlier this year, they performed in the central Anatolian town of Nigde, some 335 kilometers (208 miles) south of Ankara, to open a small library of recycled books in commemoration of a girl who died in a traffic accident.

The group’s other soloist is Oven Akin, who shares the same name but is not related to Sertac. Born in the village of Kars, Oven worked as a shepherd in his hometown and as a waiter in Ankara. He then took a job as a civil servant with the Ministry of Interior, but was transferred to the municipality because of his political views. He now is a trash collector at the Cankaya district and for the last two years, he has been part of the Tin Band.

“I was moved from a post for my political views, but I can now shout out my views in front of thousands — by singing,” Oven told Al-Monitor. He also admitted that he rediscovered his self-esteem while singing. “We do work that no one appreciates — or even notices. We collect garbage either at night or at five in the morning. Our work is invisible and visible only if we fail to do it. But people look at us when we sing. The Tin Band makes us visible, admired and respected.”

The band members gave one of their early concerts in work overalls in one of the luxury malls in Ankara. “As we stood there with our overalls nobody even looked at us. People do not notice us trash collectors. But then we brought our instruments and started playing. The applause was deafening.”

“Our story might — just might — inspire other trash collectors,” Urtekin said. “We have shown that no matter what you do, there is always a window of opportunity, a way to realize dreams.”

The band members, who often go straight to a concert after a full eight hours of work, said they choose their songs carefully and mostly sing of labor and revolution. Their dream is to sing in Cuba on Labor Day.